A coffee showplace functions almost like a salon for dedicated baristas. 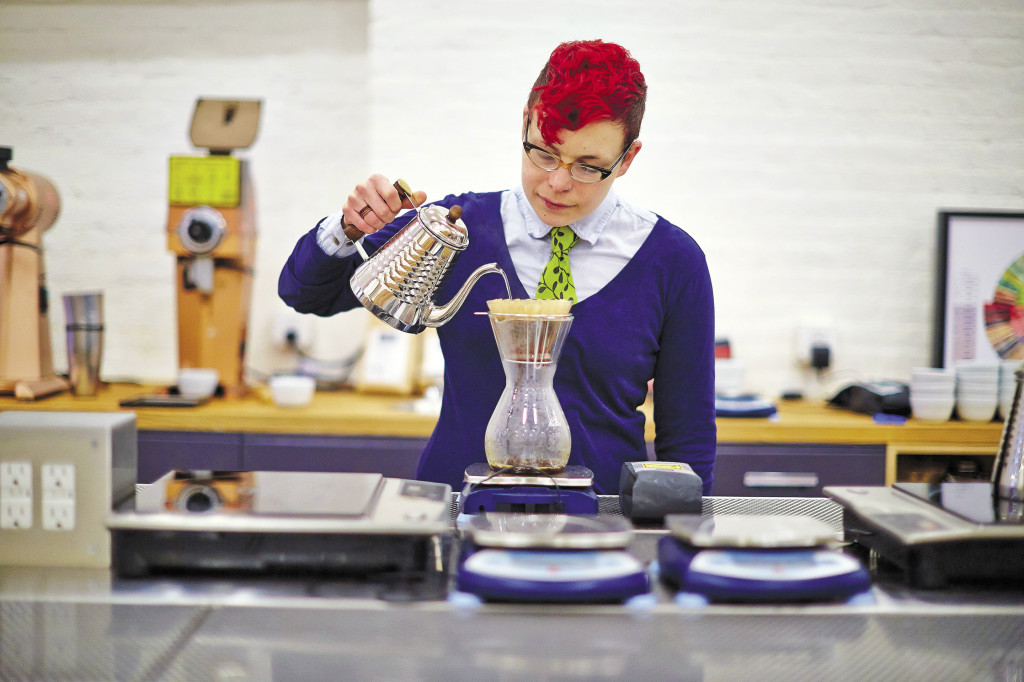 Get schooled: The North Carolina–based roaster has opened a sleek SoHo educational space in a former Rolls-Royce factory.

Of all the things you could do with coffee beans at the five-month-old Counter Culture training center on Broome Street — grind them, brew them, debate whether you smell leather, licorice-anise or clove — the one thing you can’t do is buy them.

That’s because the NYC outpost for the Durham, North Carolina–based roaster wasn’t built for retail customers, but for those who serve them at hot spots like Everyman Espresso, Bluebird, Maialino and Little Collins.

Counter Culture only does business in cities where they can support a super-charged training program. Before they built out their sleek SoHo space (in a former Rolls-Royce motor coach factory), said training had to happen in a tiny Midtown office with bad furniture, low ceilings and few windows.

It was “a closet,” says Jesse Kahn, the Counter Culture staffer charged with heading up the design of Counter Culture’s centers here and in the Bay Area and Boston. 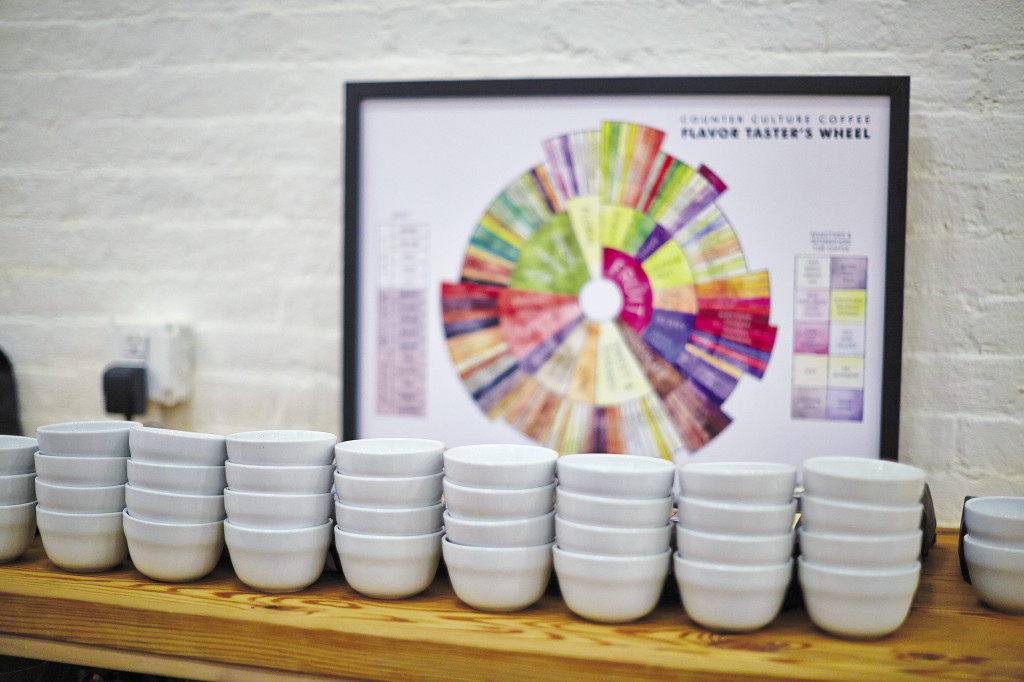 Tricked out. The center includes a “brewing theater,” an open kitchen for cuppings and an espresso lab—not to mention a miniature auto-body shop in the basement for repairing gear.

Now, with help from Tribeca-based Jane Kim Design, Kahn has created a New York City showplace that functions almost like a salon for dedicated baristas — if those 18th-century gatherings had been outfitted with red Artek stools and custom-made Modbar water heaters with walnut taps.

The center has four discrete educational sections, explains Kahn. Up front is a tricked out coffee bar. Next is a “brewing theater” with maple bleachers and a metal training table for 20 whose entire surface is actually a drain. The third section is the open kitchen where they hold weekly cuppings — coffeespeak for tastings — that are open to anyone who uses their beans, making it possible for baristas from Bushwick to catch up with colleagues brewing in Harlem. And the fourth is the espresso education lab, featuring multiple machines that can be seen from all sides. (There’s even a fifth section, if you count the miniature auto-body shop in the basement for repairing gear.)

Within this spacious new setting, not only can professional city coffee nerds — and amateurs, thanks to new training classes for the general public — learn how to use that Modbar, pull more precise shots or even listen to a water quality expert discuss minerality, but they can test, taste and play in ways they couldn’t in their own stores. Those, after all, are likely less well-equipped with technology, stocked with only a few types of beans and full of impatient customers waiting in line to pay for that latte. 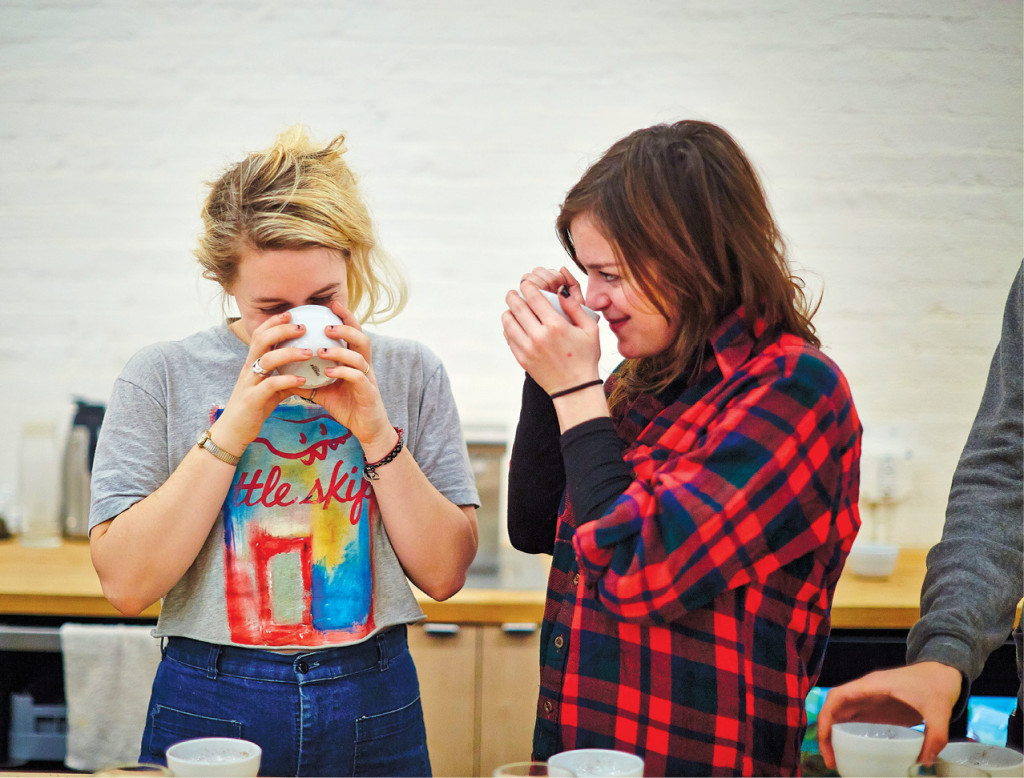 Training spaces: This lab is mostly for pros, but general classes allow you to learn alongside baristas and master the mechanics of texturizing milk and the science behind the perfect shot.

Find out more: Learn how to taste coffee like wine with Counter Culture in this video.