RECIPE: Spiced Ice Coffee with Honey from the Rooftop Beekeeper

In addition to inspiring you to get your own urban hive, Paska’s new book includes a collection of ways to cook with your comb. 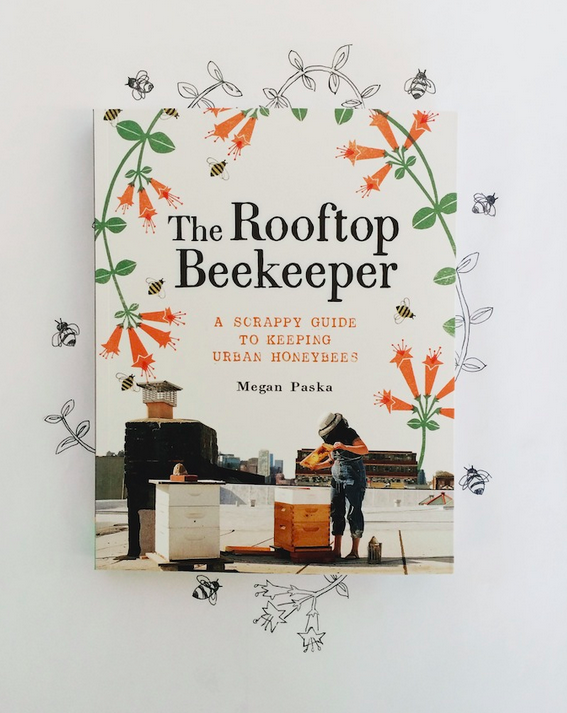 You don’t have to keep bees to enjoy reading The Rooftop Beekeeper: A Scrappy Guide to Keeping Urban Honeybees (Chronicle, February 2014) by New York’s own Megan Paska. But the first chapter will make you want your own hive, and the rest of the info-packed D.I.Y. guide will take you from casually curious to knowledgeable novice.

Don’t know pollen from propolis? You will.

Paska guides readers through everything from why hives thrive with full morning sun to how to use a smoker and bee brush through a matter-of-fact troubleshooting section on the likes of mites and swarms. Finally comes chapter five’s “Show me the Honey” harvesting how-to’s, complete with a collection of ways to cook with your comb. By the end you’ll be ready to take wing, without breaking out in hives.

Get a taste of her new book by trying the following recipe:

An iced-Americano-a-day habit can get expensive. Especially when it’s actually a three-iced-Americano-a-day habit. When times were at their leanest, I started whipping up this delicious version of iced coffee in an attempt to make the standard caffeinated kick-in-the-pants seem pedestrian. It incorporates aromatic spices like cardamom and cinnamon with a splash of coconut milk and honey, which brings out the fruitier notes in the coffee. (Note: I like to double the amount of coffee grounds for a strong brew that will hold up to the dilution from melting ice cubes.)

Blend the cardamom, cinnamon and ground coffee. Brew 6 cups/1.4 L of coffee in the manner you prefer and pour into a heat-safe pitcher. Stir the honey into the brewed coffee until completely dissolved.

Fill six glasses to the top with crushed ice and pour in the sweetened coffee, leaving space at the top of each glass to top off with coconut milk. Garnish with a touch of freshly grated cinnamon stick, stir and serve.