Raising (Food On) the Roof at the Earth School

At an East Village elementary, students mind their peas. 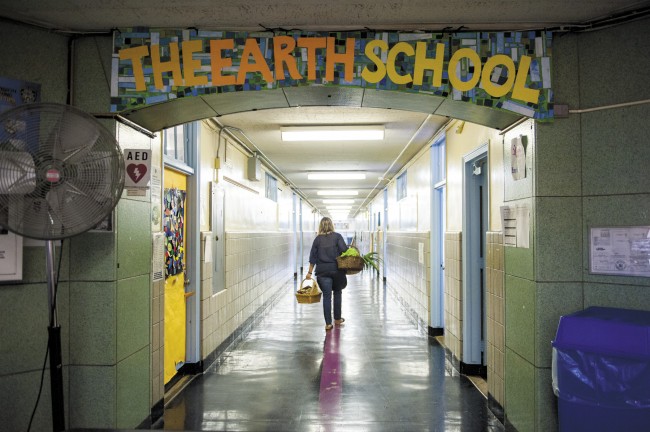 Beyond the salad bar. “The goal is for curriculum to be integrated,” Futterman says. “Math and language, everything relates back to the garden.”

A jumble of picture books by the likes of Rachel Carson lean in a mostly organized fashion toward a life-size replica of a human skeleton, while newly hatched chicks chirp quietly in the corner of the room and fourth-grade science students sit on overturned milk crates, listening to a visiting dairy farmer talk about photosynthesis and grass.

This room is the Earth School’s beating heart, an amalgam of earth and life science that continues just outside the classroom’s window, where raspberries, figs, kale and carrots grow in the school’s original edible garden. 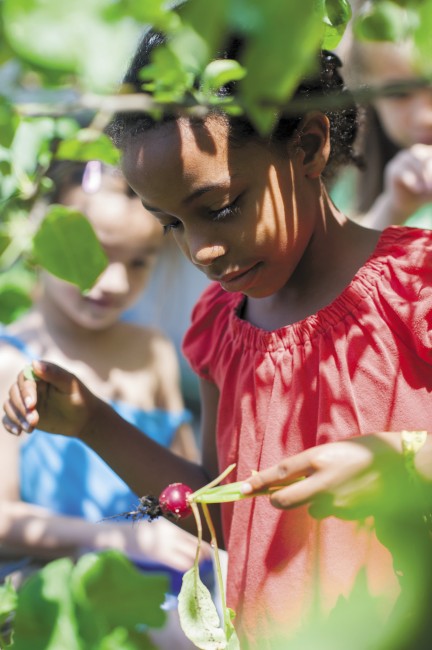 Science teacher Abbe Futterman helped found the Earth School (aka P.S. M364) on East 6th Street in 1992 as an “an institute for stewardship.” Today the students, pre-K through fifth grade, become stewards in the classroom garden and up on a new 2,400-square-foot rooftop farm. The school even boasts a comprehensive composting program and a full-time cooking teacher.

“Over the years we have continued to figure out what it means to be an ecological institute,” Futterman said. “Fresh, local food seemed to be the thing that really crystalized our mission.” 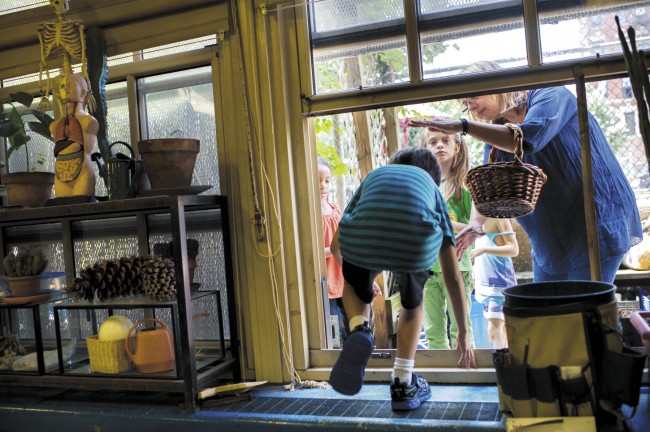 That mission took root in a school garden.

“I had eyed this space that was kind of like an alley,” Futterman said. “It had southern exposure, and a window that opened right from my classroom.”

With help from various organizations — Green Guerillas, Green Thumb and, later, Slow Food — the Earth School’s first garden slowly took shape, first as an ornamental space and later as an edible garden, housed in a collection of halved olive barrels with holes for drainage. 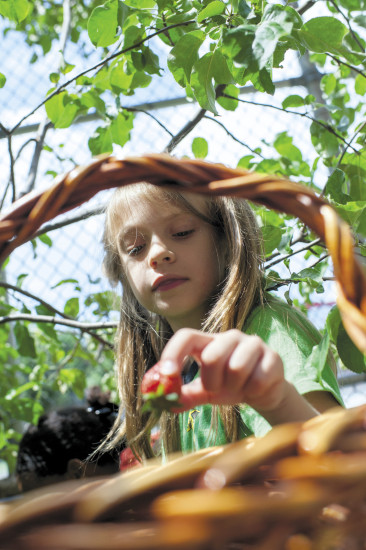 Then, about seven years ago, several school parents — including architect Michael Arad, who designed the World Trade Center Memorial — turned their attention to the roof. It was an involved undertaking, but this spring students plated their second round of crops, including tomatillos, lettuce and peas.

Fruits, vegetables and herbs from the two gardens star in the school’s cooking classes, and the harvest occasionally makes its way onto the cafeteria’s salad bar. The second grade hosts an annual farmers market, which takes weeks of preparation: In addition to creating signage, they have to learn how to wait on customers and make change. 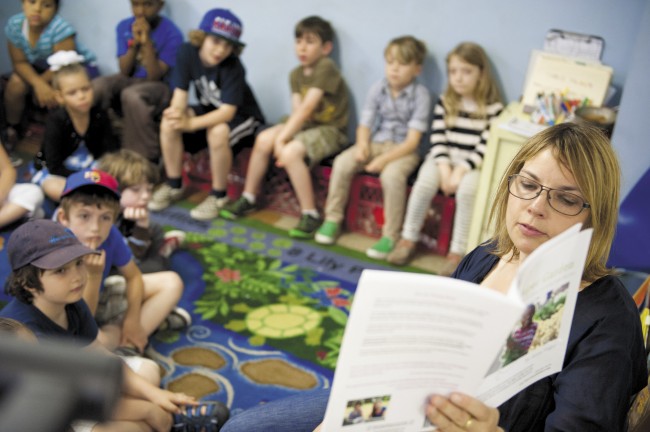 “The goal is for curriculum to be integrated — math and language, everything relates back to the garden,” Futterman said.

A plot of corn, beans and squash becomes a history lesson about Native American culture, and young mathematicians chart seedlings’ growth. But the most popular garden activity is digging. The garden has a “free dig zone” and plenty of shovels, sieves, brooms and rakes available for exploring the mysteries of dirt, an activity Futterman encourages. 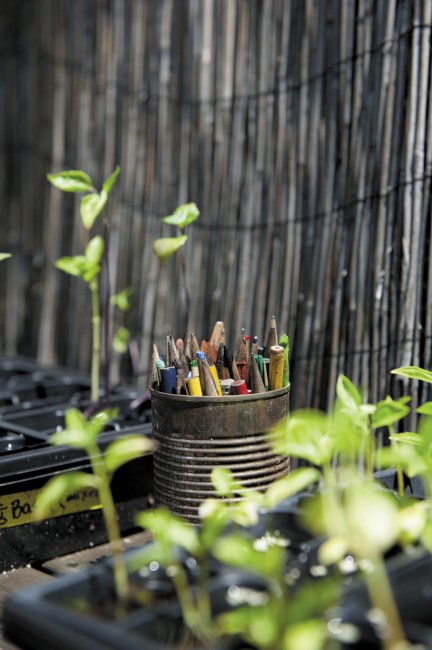 “When digging is going on, it is easy to teach other kids in small groups — show them a cocoon or slice up a pepper and offer them a taste. Those are the really nice days because it feels really relaxed, but rich, too.”