Is that Nutrition Advice Based on Real Science or Marketing? 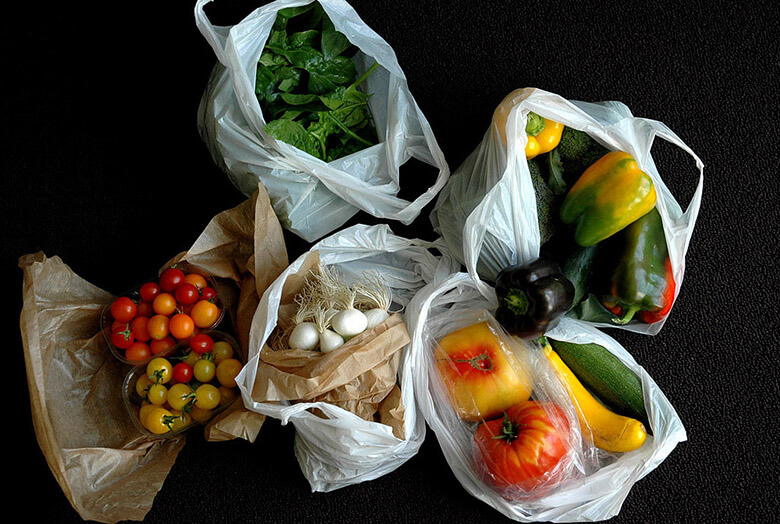 “We don’t eat nutrients, we eat food,” Dr. Nestle says, and if we want to eat the right foods, we need to study dietary patterns and disease risk, not compare the antioxidant values of different vegetables. Photo credit: Flickr/WILLPOWER STUDIOS

“Every time I think I am beyond being shockable, I see something like this,” says renowned nutrition professor, food industry expert and author Marion Nestle, PhD, after I forward her an email I happened to receive during the week I was reading her newest book, Unsavory Truth: How Food Companies Skew the Science of What We Eat.

The book is a deep dive into how the food industry shapes public understanding of how to eat for better health—from funding research to sponsoring conferences for nutritionists and influencing government agencies.

The well-timed email was from a company representing producers of a specific grain, asking me, a freelance journalist, how much I would charge to pitch and write articles on the nutritional benefits of that grain to national news publications. It shocked me, too, with its brazen disregard for journalistic ethics (it was later presented as a mistake made by a hired public relations consultant), but it was perfectly in line with one of Unsavory Truth’s most illuminating elements: Eaters may expect the stories of companies like Coca-Cola using big dollars and secret dealings to manipulate the science on how sugary beverages contribute to obesity, but there are also many “healthy food” companies using their marketing dollars to drive research agendas and nutritionist recommendations.

Why does it matter if POM, for example, funds numerous studies on the antioxidant value of pomegranate juice if said juice is actually healthy?

While industry-funded research isn’t necessarily bad research, Dr. Nestle looks at the significant evidence that shows it overwhelmingly leads to conclusions that support the funder’s marketing aims. And even if the funder doesn’t affect the outcome, researchers relying on funding from industry tend to ask simple study questions that don’t drive the science of food and health forward but instead allow companies to make “nutritionism” claims that don’t actually reflect how we eat.

“We don’t eat nutrients, we eat food,” Dr. Nestle says, and if we want to eat the right foods, we need to study dietary patterns and disease risk, not compare the antioxidant values of different vegetables.

Here, I asked Dr. Nestle a few big questions about the “unsavory truth” she discovered while researching and writing the book, and what she thinks needs to be done to make sure nutrition advice reflects real scientific inquiry, not marketing agendas.

Unsavory Truth is a deep dive into how the food industry shapes public understanding of how to eat for better health—from funding research to sponsoring conferences for nutritionists and influencing government agencies.

Edible Manhattan: In the time between Food Politics and Unsavory Truth, how do you think the food industry’s influence on nutrition research has changed?

Marion Nestle: I am not at all sure that it has changed. I wrote my first article about this topic in 2001 and incorporated much of it as a chapter in Food Politics—this was news to readers. Now, we have much better recognition of how food companies operate. I’ve seen two analyses of trends in food industry funding of research: One said it has increased and the other said it decreased, so I don’t think we know. A few years ago, a researcher in Australia reported that about 15 percent of nutrition studies published in leading nutrition journals were funded by food or beverage companies. That seems about right to me.

EM: People seem to have at least a vague idea that companies like Coca-Cola try to manipulate research and policies to sell junk food, but do you find that they’re surprised by your points on how industry influences our understanding of “healthy foods,” like your examples of pomegranate juice and wild blueberries. How do you explain the potential downsides of research like this, which may seem innocuous (or beneficial) to the public?

MN: I think it’s reasonable to ask “what’s wrong with research to prove the benefits of foods that are good for you?” But in a way, that’s the point. Science is meant to be an open-ended search for truth. I get letters all the time from food trade associations offering research funding for proposals to demonstrate the benefits of their products. Research aimed at demonstrating benefits is marketing research, not science. There is a big difference between that and research aimed at finding out what diet does to health. So this kind of research skews the scientific agenda away from more important questions.

EM: You talk a lot about unconscious bias and the research that shows how industry funding does affect study outcomes, no matter how incorruptible the researcher believes himself or herself to be. Should scientists be educated on this fact?

MN: I did not know about the enormous body of literature on the influence of gifts until I started researching this book. This literature shows that gifts influence behavior, and that although large gifts have a greater influence than small, even pens, pads and small meals can influence physicians’ prescription practices, for example. These studies show that recipients are unaware of the influence, did not intend it, do not recognize it, and deny it. Everyone needs to read these studies. They are revelatory.

EM: The thing that really stuck with me from this book is that no matter how many changes are made to address industry influence, like better disclosure policies and management of conflicts of interest, at the end of the day, if industry drives nutrition research, researchers are just going to keep asking the wrong questions. Research will always be about individual nutrients and not dietary patterns. How will impactful studies that address big questions about eating ever get done if scientists have to rely on industry for funding?

MN: They won’t, unless the potential outcome is in the sponsor’s commercial interest. That’s why we all need to be advocating for independent sources of research funding for investigator-initiated research. We can’t even trust government agencies to remain independent. The USDA partners with trade associations to do marketing research, touted as science. Even the NIH has been caught collaborating with industry funders to produce research favorable to the funders—I’m talking here about press exposure of the alcohol industry’s partnership with the NIH alcohol institute to do a $100 million study of the benefits on one drink a day for heart disease risk. Fortunately, a scathing investigation induced NIH to cancel the clinical trial.

I am hard pressed to come up with a politically feasible way the food industry could fund research and not exert influence. The only way I think might work would be a mandatory tax on companies that went into a common fund administered by an independent third party, but I don’t see a chance of that ever happening. In the meantime, I hope the public will be skeptical of nutrition breakthroughs sponsored by industry.