NYLO is kicking off the series with Factory Girl and has worked with some fabulous drink makers to make some custom cocktail complements. 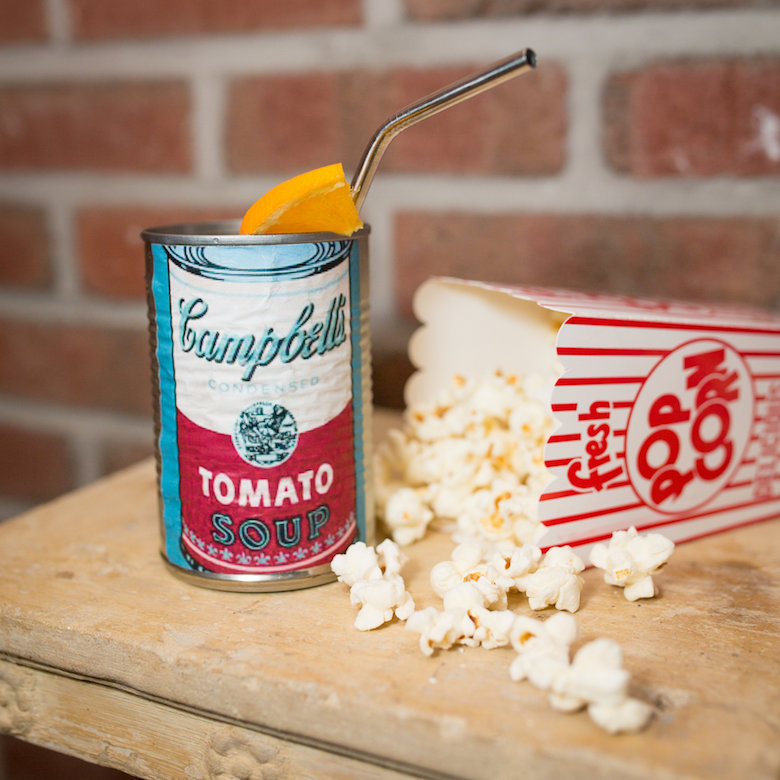 As was Warhol, the Muse cocktail (served in a Campbell’s soup can) was inspired by Edie with fun and flirtatious notes of grapefruit, orange and St.-Germain. Photo courtesy of Arthouse.

Being able to watch classic films all over the city is one of the reasons to love this town. The Upper West Side will be a place for film buffs for the next few months with the design-led NYLO hotel planning to show a series of iconic films on Wednesdays, including some Fellini, Exit Through the Gift Shop and Frida.

They’re kicking off with Factory Girl and have worked with some fabulous drink makers to craft some cocktail pairings for the evening. “The ‘It Girl’ is a sophisticated and playful celebration of Edie Sedgwick’s and Warhol’s iconic and era-defining style,” says Earlecia Gibbs, who created the drink. “Much like Warhol’s groundbreaking Pop Art that uses classic motifs like never before, the It Girl uses the beloved flavors of Bacardi Ocho and Coca-Cola served in a vintage Coca-Cola bottle with a fresh cherry bite. As art imitates life, the It Girl uses these classic motifs and redefines them for a new thought, with style and spontaneity, just like Edie.”

As was Warhol, “The Muse” cocktail (served in a Campbell’s soup can) was inspired by Edie with fun and flirtatious notes of grapefruit, orange and St.-Germain. With cinnamon adding a complexity mirroring the depth of her character, Four Pillars, one of Australia’s only craft gins, seemed the perfect choice to pay homage to such a unique personality.

Here’s the recipe in case you wanted to pop by for the movie or re-create the whole cinema night at home:

Created by Cody Goldstein for Arthouse at NYLO

Method: Add all ingredients into a shaking tin and fill halfway with ice. Shake for 5 seconds then strain into a Campbell’s soup can with ice.