The State of Cider

New York is known for its apples for a reason. 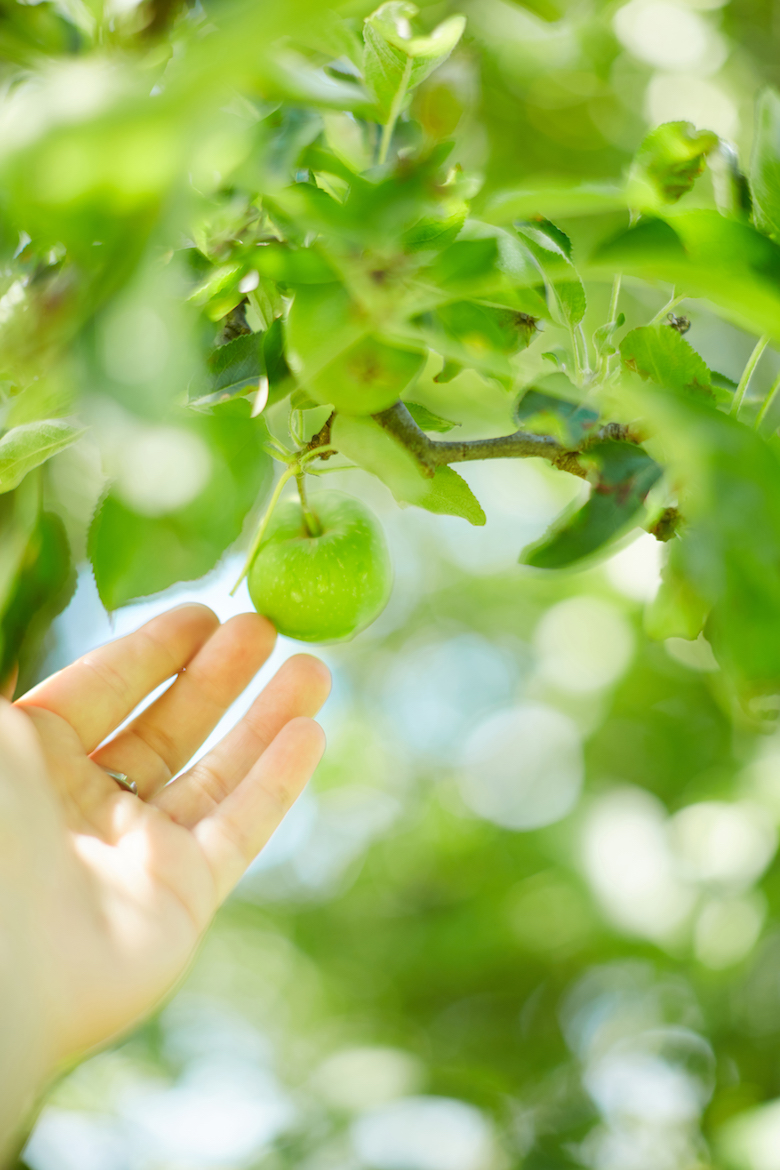 New York is home to several distinctive apple-growing regions with distinct challenges, pressures and rewards, all of which have a profound impact on cider. Various environmental, geographical, geological and cultural and historical factors define the fruit and its products.

Still in the infancy of the cider industry, these regions are being defined and negotiated as their true potential becomes more understood. Examining these regions in their youth can lead to a better understanding of New York’s effect on apple culture in the Americas.

New York’s potential has been recognized since our country’s founding. George Washington is often cited as the source of the term, “the Empire state,” when he remarked on the naturally advantageous terrain.

The Prince Nursery, located beneath modern Flushing and according to the Smithsonian it was founded in 1737 was America’s first tree nursery. It became an epicenter for American apple research and propagation. Many of the country’s greatest trees, like Esopus Spitzenburg, and NYC’s own Newtown Pippen, spread across the country thanks to the work at Prince. Later, in the 1830s, Robert Livingston Pell created one of the first modern commercial premium orchards in Esopus, NY, where his apples received previously unheard of prices and were so lauded that they were exported to Europe.

The inherent quality of the fruit, because of the practices in its development, is paramount for making excellent cider. This is alien to the modern super market mentality, where gloss, crunch and shape are valued over character. Not every variety is suited for every orchard. Many orchardists are following the work of Steve Wood at Poverty Lane Orchards, but his choice varieties came after decades of research and trials. Qualitative assessment of fruit for cider making has only just begun in the modern context, but its importance was noted in earlier work like Andrew Jackson Downing’s 1846 Fruits and Fruit Trees of America, where he mentioned importance of terroir when trying to grow high-quality fruit.

“We may here remark that almost every district of the country has one or more varieties which, having had its origin there, seems also peculiarly adapted to the soil and climate of that locality. Thus the Newtown pippin, and the Spitzenburg are the great apples of New-York; the Baldwin, and the Roxbury Russett of Massachusetts; the Bellflower and the Rambo of Pennsylvania and New-Jersey; and the Peck’s Pleasant and the Seek-no-further of Connecticut; and though these apples are cultivated with greater or less success in other parts of the country, yet nowhere is their flavour and productiveness so perfect as in the best soils of their native districts — excepting in such other districts where a soil containing ihe same elements and a corresponding climate are also to be found.”

The apple industry of today often ignores these warnings from the past, and instead plants trendy apples like Honeycrisp in orchards that are unsuitable. Much of the cider made today is from apples that were planted with non-cider intentions. These intentions vary across regions. Linked to history, tradition and location, these often have a larger impact on the cider decisions than the soil, climate or other traditional terroir expectations. The Finger Lakes, Lake Ontario and the Hudson Valley are the largest, most-developed regions within New York. They each bring their own unique set of qualities and traditions to the bottle.

The Hudson Valley is home to New York’s oldest and warmest orchards. The region was the original bread basket for the growing metropolis at its mouth and loamy rocky soils proved excellent for apple cultivation. The Hudson River is an amazing body of water. Called Muhheakantuck in Mohican, meaning the river the flows two ways, ice floats can be noted as flowing in both directions.

The river is tidal and originally founded by Nantucket whalers who pursued their prey up and down the river. The river helps extend the growing season late into the fall by moderating the climate. The river encompasses several different climate zones and geology as it runs its course, and pockets of calm wind and cold temperatures exist over each hill and bend.

Pomolgist Mike Biltonen notes, “The Hudson Valley has many distinct meso-regions throughout beginning with those that are closest to the river and extending all the way into the foothills of the Catskills. Of course, there is also north and south from Albany all the way to New York City. So, the Hudson Valley probably has a least five or six distinct growing regions.”

Today the Hudson Valley is dotted with farms of every size, from small single-family holdings to large commercial enterprises. The long history of the valley is tied to the growth and needs of New York City for dessert and eating apples. Although the entire state is putting in more and more cider trees, organization like Glynwood in the Hudson Valley were early advocates and backers of the cider industry.

The ciders being made in the Hudson Valley are as varied as its landscape. Much of the cider is made from the dessert apples like Cortlandt, Golden Delicious, Fuji and Gala, and leans towards the fresh, light and refreshing side of the cider spectrum. The nearby metropolitan market spurred the development of fast turnover for easy-drinking ciders as well as high-quality ciders that are sold at some of the finest restaurants. The diversity of soil, terrains and pressures of the valley are united by a shared history and tradition pointed towards the river and the city at its mouth.

The Hudson Valley has the longest growing season and can successfully ripen a range of different apples to levels beyond the other regions. Varieties like Golden Russet, Ashmead’s Kernel and older heirloom fruit can produce some excellent ciders with depth and complexity. Hudson valley fruit is broader, richer than other parts of the state; the acidity is never as dominant as what is found in the Finger Lakes.

The Finger Lakes were carved during the last ice age by the crawl of Laurentide ice sheet. When the glacier rescinded 20,000 years ago, the river valleys eroded and widened into the valleys (Ithaca is 382 feet above sea level) with deep lakes (Seneca is 613 feet deep) and high crests (Finger Lakes National Forest, between Seneca and Cayuga Lakes, is 1800 feet).

This dramatic landscape creates an ideal growing climate for many fruits. The Iroquois adopted prosperous peach and other European fruit trees along the banks of the lakes until a brutal scorched retribution campaign in 1779 pushed entire communities off their land. The region was never one of New York state’s largest apple growing regions, but has emerged as a great cider region because of the quality of the fruit being grown there.

What sets the Finger Lakes apart is not the benefits of a moderate climate or a long history of growing apples, but sheer dedication. The Finger Lakes cider is acid driven with tension that creates a distinct texture. Thanks to pioneers in the region’s agriculture, the Finger Lakes is home to not only an amazing collection of local heirlooms but also European cider apples and countless other malus oddities.

Many of the Finger Lakes’ best ciders are made from estate-grown fruit where the same person is responsible for the health of the orchard as well as the cider in the bottle.

The ciders coming from the Finger Lakes are ripe generally over 7% ABV with many examples bordering on the 10% mark. These textured ciders maintain balance thanks to acidic intensity and fruit that makes the drinker ready for more. They are dominated by structure and finish with a distinctly rocky/slate finish.

Orcharding and cider making in the Finger Lakes is no easy task and crafting these ciders is a considerable amount of work. One local cidermaker estimates that her Northern Spy costs 10 times as much to produce than commodity apple of the same variety. This dedication of quality and orcharding makes the Finger Lakes one of the premier regions in New York State.

Western New York and The South Shore of Lake Ontario

The South Shore of Lake Ontario is the largest apple-producing region in the state. This region often gets consolidated with the Finger Lakes, but with such a long apple-growing history, unique geography and now multiple producers it is important for this region to stand on its own.

Lake Ontario is the second deepest of the Great Lakes and protects the farmland to its south from volatile swings in temperature. This is intensified by the Niagara Escarpment, whose cool breezes prevent trees from blossoming before the last frost and whose warmth of water in winter keeps the region in a loop that maintains a constant airflow in the orchards. The limestone of the escarpment forms a cliff overlooking the loam, shale and the lake a few miles in the distance. The flat arable land of the region lends itself to larger farms in a way the hillside terrain of the Finger Lakes does not.

Ciders from Lake Ontario are high in acid and are reliant on American heirloom apples. They tend to be more herbal and lean when compared to their riper counterparts to the Finger Lakes.

New York is home to other remarkable terroirs like the Catskill mountains, whose short growing season is home to a notable collection of old homestead trees and new plantings.

The St. Lawrence Valley (shared with Canada) is home to a bounty of distinct varieties on both sides of the border. Lake Champlain, for example, is home to a thriving apple industry but much of the cider development is happening on the Vermont side of the lake.

Long Island is New York’s warmest region and is the glacial morrine marking the southern extent of the glacier. This once-thriving agricultural region is still home to a strong grape growing culture but the suburbs are quickly encroaching on old orchards. These regions each have their own story to tell but are only beginning their cider journey.

Cider is still very young within New York state with everyone from the farmers to producers to consumers still learning about the trees, the beverage and the future. Right now, a lot of cider is being made with ready materials and not the diligence of experimentation and correction.

The industry has a lot of room to grow and learn, and the continued development of new orchards and more varieties have the potential to change the face of the cider industry in New York State. As fruits of convenience are replaced by apples and practices of purpose, then the conversation can move towards the finer details of terroir.