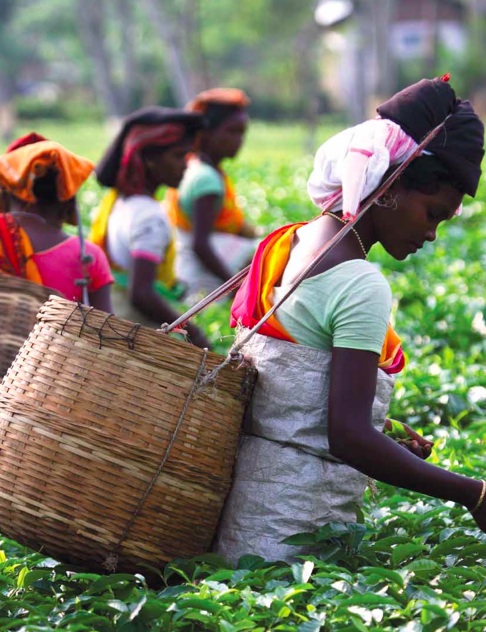 Everything about tea merchants Harney & Sons, from its name to its coat-of-arms logo, gives the impression that it’s a venerable British company with a royal warrant of appointment from the Queen. Founder John Harney, who sports a snowy mane and Savile Row style, even looks like a British aristocrat. So it comes as a surprise to learn that he’s a red-blooded American, a graduate of Cornell’s hotel management school who launched the company in 1983.

Harney came by his expertise honestly, though, at the feet of British tea expert Stanley Mason. He eventually bought Mason’s business, the Sarum Tea Company, and four years later, at age 53, launched Harney & Sons out of his basement. Today Harney & Sons passes muster with even the most finicky of English tea connoisseurs for quality, depth of selection and tea-blending expertise. So trusted are the master tea blenders, in fact, that they’ve even been invited to create a line for the Historic Royal Palaces of England.

Three generations of Harneys, six of them in all, now oversee an international tea empire based in the Hudson Valley, producing over 250 tea blends served everywhere from Chez Panisse and Eleven Madison Park to the Carlyle Hotel.

Michael’s son Emeric is general manager of Harney & Sons’ chic, airy SoHo tea salon. This year, Emeric joined the family’s annual buying trip to 10 tea-growing estates in India and China, two of the half-dozen countries it sources from, and witnessed the entire process from harvest through fermentation. He was, well, steeped in information.

On the Darjeeling estates in the Himalayan hill region, first-flush teas are made from the early spring harvest. The leaves are pressed between rollers and ridged steel plates in a 30-minute maceration and oxidation process, then fired to stop the fermentation by being run through heat-blasting ovens on huge conveyer belts. The short oxidation period, explains Harney, keeps glucose levels high, which in turn imparts the “bright citrusy grapefruit and pineapple flavors,” of the first- flush Darjeeling. The smaller Darjeeling tea gardens “are more about creating a unique product, like a really high-end white wine,” he says.

At the Okayti tea garden in Darjeeling, the family was housed in the owner’s comfortable guest bungalow, where the hospitality, says Harney, was all embracing: “The food was outstanding, and they were so generous that until we said ‘stop’ they would keep feeding us.”

A confirmed omnivore, he admits he wasn’t sure how visiting a primarily vegetarian state would work out. He needn’t have worried. “It was fantastic,” he says, “I didn’t miss meat at all. The food is super- rich, although to be honest, I didn’t always know what I was eating, because the chefs never spoke English.” He’s resolved to study Hindi in preparation for his next visit.

The family visited the eastern coastal province of Zhejiang, where the mainstay of Chinese green tea, Lung Ching is grown; the refined Meijiawu Lung Ching is the cream of the crop, picked according to the two-leaves-and-a-bud method, air-dried, and fired in enormous hot woks, which nearly caramelize the leaves, bringing out their innate sweetness. Since returning, Harney’s dad, Mike, has been experimenting with cold-brewing green tea, which works well, says Harney, because there’s no risk of the tea turning bitter.

If you can’t make it to Asia to sample at the source, the next best thing may be stopping by Harney & Son’s SoHo salon, to selectively sip at their 24-foot-long tea- tasting bar. This fall Harney plans to offer 90-minute tea courses that will include the gongfu tea ceremony as well as different methods of preparation for teas from white to black. The salon also offers tea-minded nibbles: menu innovations include tea-spiked cheeses, Lapsang gravlax on rice crackers with green-tea cream cheese, and carbonated floats made with tea-infused ice creams.

Harney is glad to talk with customers about what he learned on the trip— although a few of his questions went unanswered. He recounts trying to extract details on how the rare Junshan Yinzhen tea of Northern Hunan Province is made. Despite a 20-year relationship with the vendor, details were scarce. “It’s like a Chinese national secret,” he says.