What Do Queer Communities Lose in a New York City Trolled by Real Estate and Apps?

Beside the East Village’s Nowhere Bar and NO BAR, the word “queer” stands in as its own umbrella term, held and defined by many hands that have created histories in spite of an unpredictable climate.

I have never been able to sit down at a bar without crossing my hands and imagining that I’m about to receive the Eucharist. Tonight is no different. I’m 29, going on 29 + 1, and feel like I’m at church again on 322 East 14th Street: My hands are crossed at Nowhere Bar, where I accept the club soda with liquid grain from the bearded beauty in front of me. I remember the very bent years that somehow got me here, in a Manhattan bar, with queer people and chosen family dancing to Fantasy’s “You’re Too Late.” My friend Hannah and I dream about making a gay church, and I think we’re close.

It’s the last Saturday of the month, which in over a decade of Nowhere Bar language means it’s Double Headed Disco: two DJs, usually Jeff Jackson and Disco Connie, have each other’s backs on the turntables, swapping sets. A week earlier the pair spun Goddess, a pre-Easter tradition inviting the goddesses’ children to dance in the sound waves of women rockers. The honored rockers’ headshots are suspended, with pink wallpaper in the background and Mylar fringe tossing its hair. Ripped photographs of queers smile at you while waiting for the bathroom, which advertises events at Nowhere: An underwear party is coming soon and Scratch, too, a “casual pool pickup game for trans masc people of color” on the third Sunday of every month at 4 p.m.

Disco Connie tells me, “We love the anything-goes, come-as-you-are feeling of dive bars like Nowhere. We used to joke that Nowhere is like a gay Cheers, where everybody knows your name, with a solid core of regulars but very open to anyone who comes down those few steps into the bar.”

Jeff Jackson and Pete Money (different Pete) handled the music for Disco Connie’s birthday one night at Nowhere, and Double Headed Disco was born. Jackson has been spinning here since shortly after 2003, when the bar opened. The creators are “invested in creating a fun space where they celebrate disco and dancing, especially the expansive sense of community that came together originally around disco.” Disco Connie adds, “Like Prince sang: ‘Black, White, Puerto Rican, everybody just a’freakin….’”

Ascend Nowhere’s steps with your raspberry beret (mine has sequins), make your way down 14th Street and after hanging a left down 3rd Avenue, you’ll run into 25 Cooper Square, the Standard East Village. Inside the stunningly chic NO BAR, Dachi Cole’s “Black Cowboys” claims space on the mirrors lining a wall, setting a scene of play and forgotten/reclaimed history.

Cole was commissioned by NO BAR creative director of food and culture Angela Dimayuga, who calls the “new wave gay bar” NO BAR “the unofficial official ‘birthday bar’” on account of its “being joyful with and celebrating the people that occupy it.” Angela compliments, “It’s a queer bar that is as inclusive and fluid as we are.”

NO BAR opened in the East Village on February 20 of this year and is the neighborhood’s nouveau arrive, defining itself as a new queer place within a posh and wealthy brand. It replaced narcbar, the hotel’s casual bar concept and sibling of restaurant Narcissa. Inclusivity is NO BAR’s guiding forte and its nightlife director, Candice Saint Williams, follows that musical directive by way of collaborating with queers.

Angela on opening night: “We celebrated our opening like we were a newborn baby with a “Welcome to the World NO BAR” cake and a simultaneous birthday party for Rihanna—we are so proud to have the same birthday as Queen Ri! We sang “Happy Birthday” to the bar then I asked DJ Bebe (Club Glam) to play “Kiss it Better” right into a very celebratory kumbaya song while Oscar Nn (of Papi Juice) and I partner-danced.”

A month before my 31 – 1 birthday, I sat at NO BAR sipping Feel the Beet, a cocktail made with garden vodka, Lillet, beet shrub and lemon ($10). Head bartender: Simone Goldberg. A lifelong beet hater (I’m sorry) but inspired by dancing queers and queens and beats, I ordered the pretty drink and became a quick convert underneath NO BAR’s own disco ball. Not to mention the food, which takes classic bar eats to more new wave gay church dreams (horseradish in the honey mustard—yes). Chef de cuisine: Max Blachman-Gentile.

Beside Nowhere Bar and NO BAR, the warm dive bar and the gorgeous boutique hotel, the word “queer” stands in as its own umbrella term across the East Village in Manhattan, held and defined by many hands that have created histories in spite of an unpredictable climate in the neighborhood and beyond. 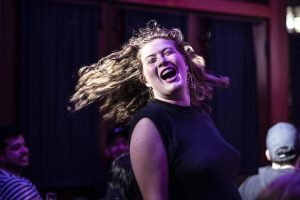 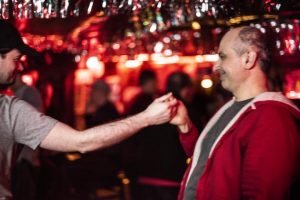 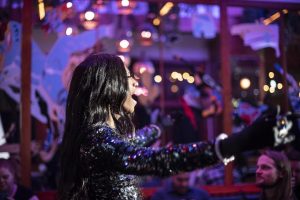 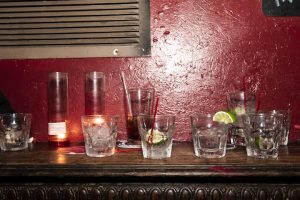 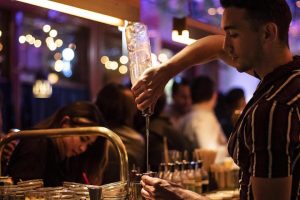 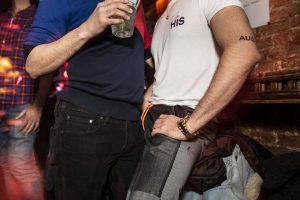 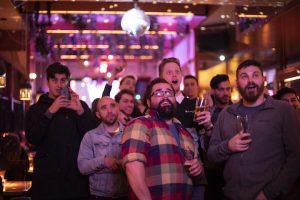 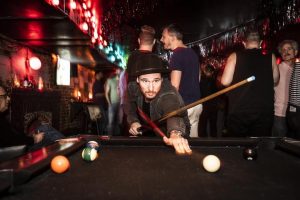 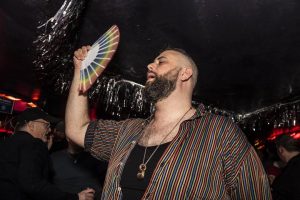 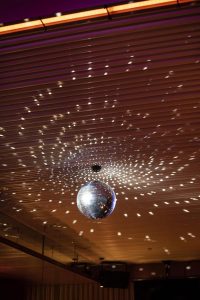 In When Brooklyn Was Queer, Hugh Ryan writes, “When you add in all the euphemisms, slang words and legal categories, it becomes easy to miss (or misunderstand) queer history, even when it seems obvious. Because of this, in my research I use the catchall “queer” … to refer to people whose sexuality or gender identity isn’t conventional for their time.”

To be queer at any moment, to live and dream and dance in the wake of overt and subtle violence, is to be innovative. Queers are miracles of the human order.

On June 28, 2019, it will have been 50 years since upwards of a thousand of innovators rioted outside the Stonewall Inn for five days, having endured legacies of harassment and brutality. When the Chelsea gay bar Splash opened in 1991, it wasn’t clandestine or discreet. Its windows were transparent, as if to say, “Look in, while we look right back at you.” Pfaff’s on 647 Broadway was one of those first-known extant queer places in the city, where Walt Whitman and other queers gathered in an underground Rathskeller around 1859. The Rockland Palace on West 155th Street in Harlem played host to the Hamilton Lodge Ball in the 1920s and 1930s, where black queers dressed up in the year’s always noted best party.

Of these five sites, only the Stonewall is still around, but the saints who passed through did not disappear. Their codes and stories are the costumes and histories we wear when any person says that queer is theirs. Spending time in a queer bar is more than exchanging capital, it is where we touch the divine of queer families whose lives gave us the opportunity to continue righting wrongs with one another. Opportunity depends on organizing. And we queers need a place to create good works and wrq.

My reach for the Eucharist is to remember: The gay bars Alias and Legends in North Carolina; year one of college when Craig kissed me to the American Beauty soundtrack; a decade prior, being a little boy wearing lipstick to class—protecting my glasses while the scared bully pushed my face into concrete; holding my Uncle Marty’s ashes in my hand and holding onto his hurt and death and laugh; those 4,500 innovators outside St. Patrick’s Cathedral demanding their dignity be recognized in 1989 while those inside took communion; being new to the city and lost in Park Slope with no phone, seeing a rainbow flag at lesbian bar Ginger’s and feeling dandy enough to ask regulars where in the hell is North and South; queer food magazine Jarry organizing at BERG’N to write love letters to reps in DC; seeing Queer Soup Night take off in Brooklyn and beyond; dancing with Stephen at Nowhere; standing on Christopher Street and screaming that black lives and trans lives matter always.

NO BAR and Nowhere Bar embrace different molecules of the same constantly shifting and adapting organism: While their aesthetics differ, they both celebrate and employ queers. They give queers a safe place to congregate. They are dancing on in a neighborhood and city of disappearing gay places. They are archives of queer memory and writers of it, too.

Their ethos of welcoming those seeking belonging is an innovation for any time but an even more pressing responsibility in times of ideological division and dogma.

What do queer communities risk losing as bars close down across a city trolled by real estate and apps?

Jeff Jackson: “One time the whole room at Nowhere was moving to the music, and it was such a beautiful mood and mix of people that our manager Gavin [Downie] turned to me and said, ‘Look what you’ve created!’”

For me queer always seems to step in and sing Queen Ri to anyone, everywhere: Before “this whiskey got me feelin pretty” came “you can stand under my umbrella.”

In the queer Village, the refrains in both bars are palpable.