We’ve teamed up with the New York Cider Association to bring together more than 25 cideries for a tasting event much like our popular Good Spirits series. 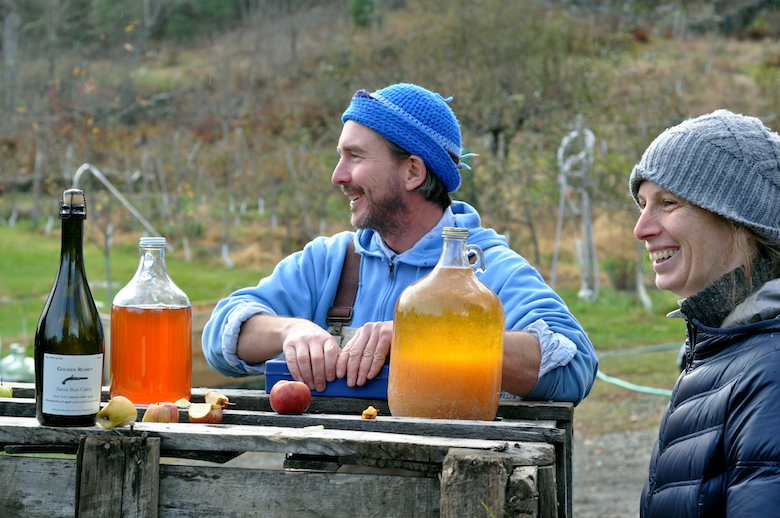 Cider Week has come and gone, but the coming of spring doesn’t mean you should consider ditching cider for cucumber water. On the contrary, we’ve has teamed up with the New York Cider Association to bring together more than 25 cideries for a tasting event much like our popular Good Spirits series. Join us for our first ever Good Cider event on Wednesday, March 18 from 6:00-9:00 p.m. at Tribeca Three Sixty° (10 Desbrosses St.). Curious about the participants? Meet a few of them here:

A longtime fixture at the Greenmarket, Breezy Hill Orchard recently launched a successful Kickstarter campaign to build 1,200 cider tree varieties at a new orchard. They’ll be bringing Hudson Valley Farmhouse Cider to the event, and you can find them every Wednesday and Saturday at Union Square Greenmarket.

Critically acclaimed Eve’s Cidery operates out of Van Etten in the Finger Lakes. We love their Perry (you guessed it — it’s made from pears) and their ice cider, which is extracted from frozen apple juice.

Indian Ladder Farmstead Brewery and Cidery made waves when they revived a wild hop variety and combined it with barley grown on their farm to make one of the first beers ever to source ingredients exclusively from New York State. At the time, they were planning a release of Hopped Up, made with 80 percent apples, 20 percent pears and hops.

Aaron Burr Cidery uses 19th-century practices and 200-year-old trees to craft unique ciders that have turned heads from an impressive client list including Gramercy Tavern and Eleven Madison Park. Read our feature of the team behind the eclectic cider brand and don’t miss your chance to try what some call “the truest expression of local terroir available to us in New York City.”

See the full list of participants and reserve your tickets over on the event page.