Cassoulet Cookoff Returns to Jimmy’s No. 43 on January 11

This winter, Jimmy’s No. 43 is stoking the fires of the ongoing cassoulet controversy with their seventh annual Cassoulet Cookoff benefiting GrowNYC’s Local Grains Project. 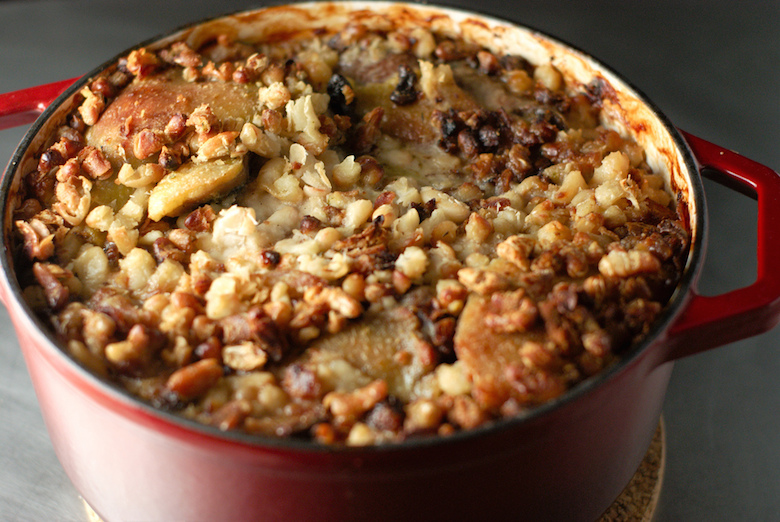 Cassoulet is an iconic dish of southwest France. Credit: Flickr/balise42

Cassoulet is the subject of food myths far and wide. Take for example the secret of the seven skins, which says you have to break the film that develops during cooking seven times before it’s done. The dish itself varies widely among neighboring towns in the South of France, and it’s said to have been invented in a Stone Soup–type community moment during a siege on Castelnaudary. This winter, Jimmy’s No. 43 is stoking the fires of the ongoing cassoulet controversy with their seventh annual Cassoulet Cookoff benefiting GrowNYC’s Local Grains Project. It’ll take place on January 11, and you can buy tickets here.

The cook-off will be judged by grains project director June Russell as well as Gina Hamady, senior editor of Every Day with Rachel Ray, and as-yet-unannounced experts. This year’s competition will be buttressed by two other dinners: Cider & Cassoulet, which will feature 10 ciders and three cassoulets, and Cassoulet Wine. If you still haven’t had your cassoulet fix after all three events, the dish will be on the menu all month long. You can read the New Yorker’s write-up of last year’s event here.