The dudes behind Carnal met when they both worked at NoMad, and their combined resumes include Betony and Roberta’s. 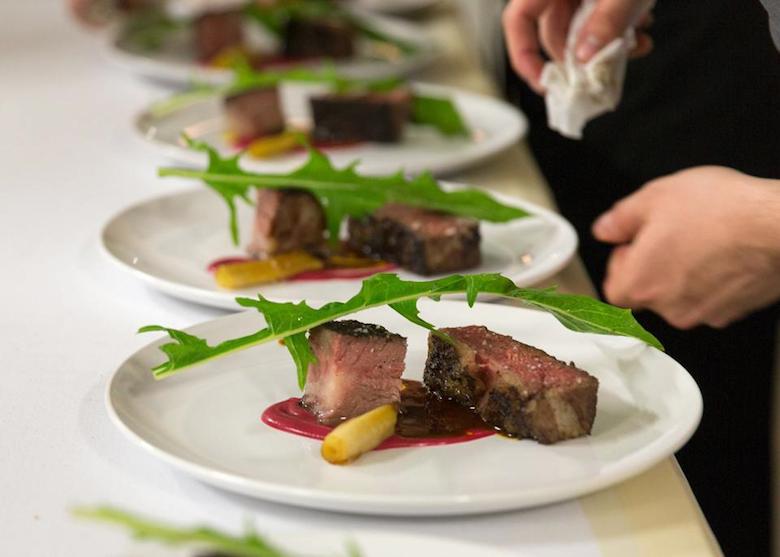 Aaron Saurer and James Zamory must have been reading the same food textbook as me when they named Carnal, their carcass-centric Smorgasburg stand serving “food to ignite your primal urges.” Their website, an almost-gratuitous explosion of juicy meat photos, drives the point home. Read a little further, though, and it becomes obvious that these aren’t your typical he-man, meat-thrice-daily chefs.

They met when they both worked at NoMad, and their combined resumes include Betony and Roberta’s. They call themselves “a union of Kentucky slow cooking and New York eclecticism delivered with the precision of a Michelin starred restaurant.” They have yet to open their own storefront, but you can find them this Friday at Irving Farm Coffee Roasters on the Upper West Side.

Tomorrow night’s pop-up dinner consists of five courses, runs $85 and starts at 7:30 p.m. Although the kitchen at Irving Farm is admittedly smaller than Betony, store manager Liz Dean is confident it won’t be a problem. “They’re extremely adaptable to whatever situation they’re in, which is why I knew they’d be great to partner with… I’ve seen them work miracles with all kinds of spaces!” she told us.

Irving Farm’s 79th Street location has a back room that is perfect for collaborative projects like this one. If this pop-up is successful, we can hope to see more events like this one in their space. Although they want the final menu to be a surprise, one dish will be a variation on a Carnal classic that includes short ribs, bone marrow and winter vegetables. Nab your tickets here.