In the spirit of the holiday season at Brookfield Place, design firms make art out of food cans, for hunger relief. 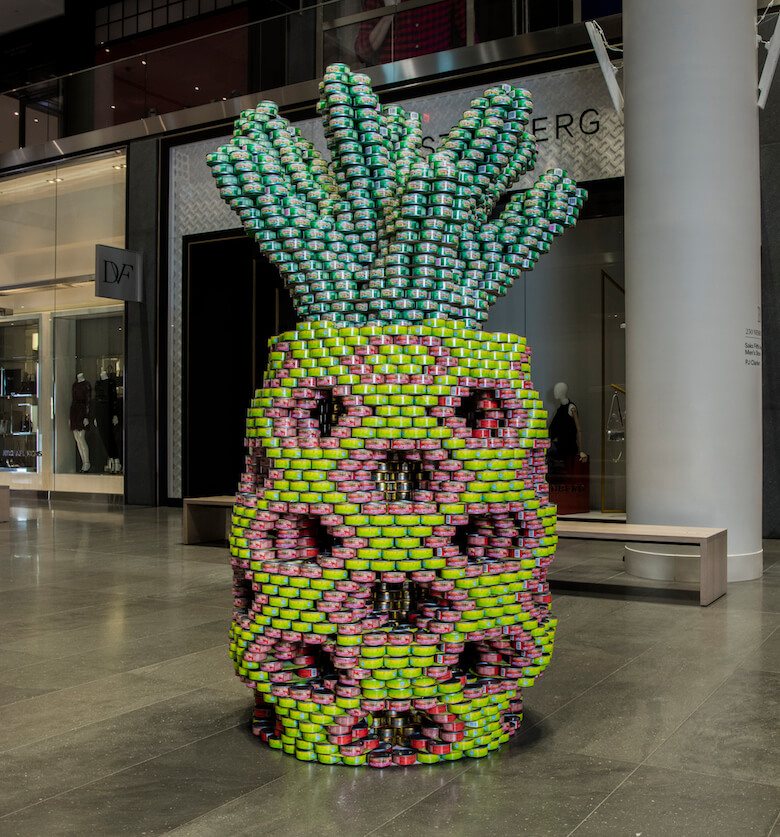 Canstruction New York is a chapter of an international competition that invites local architecture and engineering firms to design and build structures entirely out of donated food cans that they procure themselves. Photo by Ashok Sinha.

This past November at Brookfield Place, Canstruction New York, a design competition that fights hunger, held their 25th annual event.

Canstruction New York is a chapter of an international competition that invites local architecture and engineering firms to design and build structures entirely out of donated food cans that they procure themselves. The designs are displayed in a public venue, where admission is a suggested donation: one can of non-perishable food per person. At the end of the exhibit, the designs are deCANstructed and donated to City Harvest, the anti-hunger organization that Canstruction New York has been working with for 13 years and counting (check them out in our current holiday issue).

The two-week-long competition attracted young and old spectators alike, who clustered around the towering cans. Spread across the two-storied mall, some of the designs were indistinguishable at first glance. As I examined each structure, I was bombarded by the frenzy of minuscule text, depicting labels and nutritional facts. It was only after I stepped back that I recognized each mass of cans as a cohesive design: a jack-o-lantern, a pineapple, Pac-man and more

At this year’s awards dinner, a mix of Canstruction veterans and first-timers took home trophies in the six categories: Best Original Design, Best Use of Labels, Structural Ingenuity, Best Meal, and two Honorable Mentions. One company, a technology and reprography firm called BluEdge, received a special honor for participating in Canstruction New York for all 25 years. Although they do not specialize in design and building, BluEdge is always eager to participate in this event and “help fill the food pantries in New York.”

This philanthropic spirit was echoed by other designers throughout the exhibit. A placard stood beside each structure, where each team detailed how their design tied back to the mission behind this event.

“Nearly 1.3 million New Yorkers are affected by hunger every year, including almost 1 in 4 children” read structural engineering firm, Leslie E. Robertson Associates (LERA)’s caption. Their structure, a sailboat floating on a sea of canned sardines invoked the John F. Kennedy quotation, “A rising tide lifts all boats,” encouraging spectators to donate and do their part “to keep our community afloat.”

Another design, a toothy smile composed of beans, hominy, tomato sauce, bean soup and pea cans by planning, restoration and design firm Beyer Blinder Belle gave consideration to how recent natural disasters have affected the issue of hunger across the globe. “Unprecedented weather events have disrupted lives on several continents and put even more people in need of assistance,” they wrote, “we hope our smile..a universally understood symbol of optimism… will inspire you to act.”

Between the cans used as building materials and given as donations, 2017’s Canstruction New York raised approximately 120,000 cans for City Harvest to distribute to 500 community food programs across New York City’s five boroughs.