How Aquavit Brought a Nordic Spirit to Midtown

For 26 years, innovation has been the water of life for Aquavit. 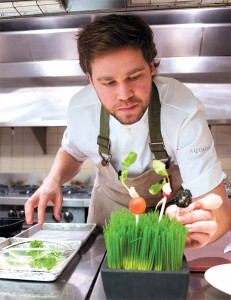 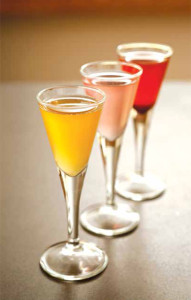 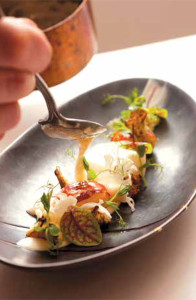 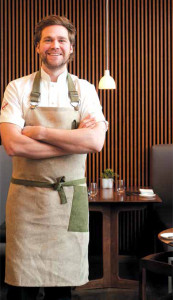 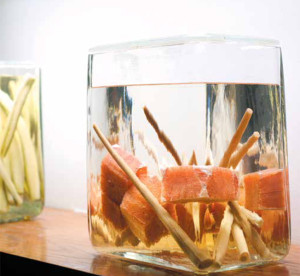 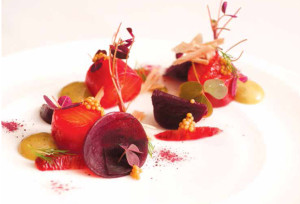 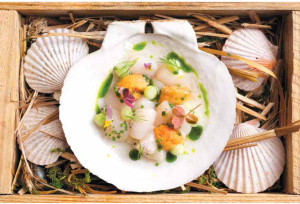 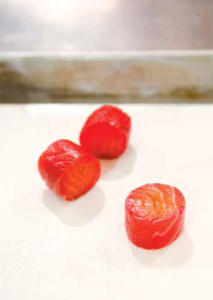 Twenty-five years ago, Hakan Swahn might not have predicted that a 12-table Nordic restaurant in Copenhagen would become one of the hottest reservations on Earth. But long before chef René Redzepi became an international sensation, Swahn had his own vision of elevating the food of his native Scandinavia on the international stage—right here in New York.

A lifetime later, the gustatory gods are still smiling on Aquavit, but who knows how things might have gone for Midtown’s spectacular Swedish success story if Swahn had taken the stern advice of Sweden’s then-ambassador to the United States.

The year was 1987, and Swahn—young, idealistic and new to New York—was summoned to the embassy. “He said to me, ‘Young man, I hear you are opening a Swedish restaurant—there’s a lot riding on your shoulders!’” With the pressure clearly on, the ambassador asked Swahn the big question: What did he plan to call it? Swahn replied he would name the restaurant Aquavit, after his homeland’s storied spirit, traditionally infused with caraway or dill.

“‘You will not call it aquavit!’” Swahn recalls the ambassador replying. “ ‘It sounds like a cheap beer hall! No, no, no!’ So I asked him what he thought I should call it. He declared, ‘The name you must use is this: Royal Scandinavian Chef!’” Swahn still giggles at the memory.

Fortunately, he didn’t succumb to the force of the ambassador’s well-meaning but tone-deaf advice. With a campy cruise-line-evoking name like that, the place might never have become one of the city’s most consistently innovative restaurants.

Swahn stood by the name Aquavit not only because it was easy for Americans to pronounce, free of multiple tongue-stumbling consonants, but because for him it encompassed the essence of seasonality, a vital Nordic notion and a central tenet in the restaurant’s menu. The infused spirit for which Aquavit is named wasn’t merely a way to warm up in the long Scandinavian winter; it was a native way of preserving the harvest in alcohol.

In the restaurant, he put the beautiful Nordic spirit—which means “water of life”—on a pedestal, both literally and figuratively, making it a feature as both the house drink and by incorporating the aging infusions into the decor. Visitors have always admired the myriad large, square glass jars in the bar’s lounge. Some remain on the roster year-round, like the traditional caraway, anise and fennel iterations, the dill and coriander and the bright and biting horseradish, while others—strawberry, cucumber, juniper and plum—cycle through with the seasons, as they always have back home in Sweden. For nearly three decades these subtly infused spirits have washed down gorgeously refined preparations of herring, gravlax and caviar.

Perhaps the name wasn’t just a heady refreshment, but a talisman, too. The restaurant has already thrived through four mayors and five Presidents, not to mention the ebb and flow of dining fads that could drag and drown a less sure-minded restaurateur into trendiness’s undertow. Through it all, a handful of executive chefs have been the main toques, each of Swedish nationality: Christer Larsson, with his traditional Swedish sensibilities and French training, first lured New Yorkers to get giddy over gravlax, herring, Swedish meatballs and reindeer. Jan Sendel’s promise was cut short when the chef died suddenly from heart failure at 32, putting Marcus Samuelsson at the helm, at the tender age of 24. But the Ethiopia-born, Sweden-raised chef was more than ready. Within a month of stepping into Sendel’s shoes, Samuelsson earned a three-star New York Times review from then-critic Ruth Reichl.

In 2005 the restaurant sailed a block up from its original spot in an elegant townhouse that once held the offices of Nelson D. Rockefeller to a sleek, Danish Modern–minded oasis on 55th, whose components bring to mind the elements of nature herself: the bar’s ceiling of wooden slats shaped to look like a long, undulating wave; dining room fixtures fashioned from dangling, translucent shells; wall art of angled white plaster that looks like squares of a trounced igloo or, perhaps, jutting mountain peaks.

Today 30-year-old chef Marcus Jernmark, who began his tenure at Aquavit in August 2009, keeps the restaurant’s roots deeply in Nordic food traditions but with whimsical, winking methods and presentations in keeping with 21st-century Nordic cuisine’s contemporary coolness. In a sense, the trends have finally caught up to Sweden, a country that takes pride in the ingredients native to its northern Atlantic lands and waters—salmon, herring, root vegetables, lingonberries, game birds. But Jernmark isn’t just farm-tabling it. He brings the outdoors into the kitchen, and then turns it all on its head via techniques long dear to Swedish cuisine: pickling, drying, curing, dehydrating, rehydrating and, of course, infusing.

“We are looking at old techniques and updating them with current methods,” Jernmark says, “to bring out other flavors that might have been hidden before.”

Jernmark happily nods to the gorgeous creativity of contemporaries like the Danish Redzepi, and the inspiration he believes today’s Scandinavian chefs take from one another.

“There is no such thing as ‘my recipe,’” he says. “I believe we are successful because we haven’t made an individual deal of Nordic food—everyone can take part.” Still, Jernmark’s work—celebrating nature and turning ingredients into new creatures entirely—is deliciously apparent. He transforms sweet beets to dust and sprinkles them on dehydrated tapioca, pressed into delicate, thin, crunchy, mildly salty chips.

Another dish arrives in a glass that, when you lift the lid, releases a little cloud of hay smoke and the aroma of a fire, revealing a soft puff of scrambled egg sprinkled in leek ash with crunchy bits of chive and hazelnut atop a sliver of smoked eel. Its texture is at once soft, crunchy, slippery, gripping; its flavor salty, savory, mildly sweet. Plunging a spoon into it is like some kind of Wonka-esque exploration of an edible terrarium, and yet there’s nothing odd or unfamiliar about what’s on your tongue. You can taste all the ingredients, although in a tongue-teaser, you might take a moment to puzzle them apart. It’s an experience both delightful and intense, surprising and grounding—every bite calling to mind a walk in the woods or along the coast.

“I think food, in a sense, has to be simple and delicious, and people need to understand the composure of the dish,” says Jernmark. “I don’t want to shock them, but I do like to surprise them.” And he does, with dishes that engage the senses in ways that make you think and yet are utterly comforting, always shining a spotlight on raw materials as much as on kitchen wizardry.

“The Nordic food movement is really about ingredients and sourcing. It’s about the quality of your surroundings and discovering your terroir.” And while he is translating this idea in his own, very good way, it’s really what Aquavit has been about all along, and why it’s managed to walk the line between classic and innovative 26 years later.

“As long as you’re honest,” Jernmark reasons, his Nordic blue eyes bright and clear and wide open to what’s around him, “you can do anything you want.”

Days after writing this article, Amy Zavatto traveled to Sweden for the first time and fell madly in love with its pickling, curing, preserving, aquavit-swilling ways. When not trapped behind a keyboard, she camps outside Aquavit begging for scraps and writing long, loving Byron-esque poems about herring and gravlax.