At This Pop-up, a Composer and a Chef Sync Performances 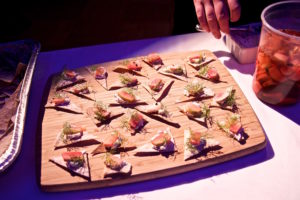 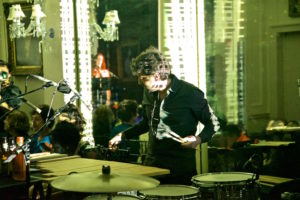 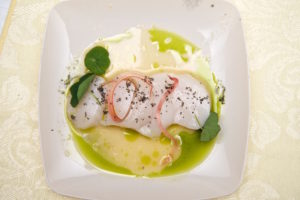 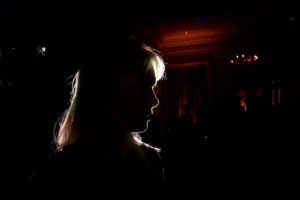 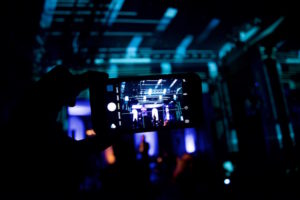 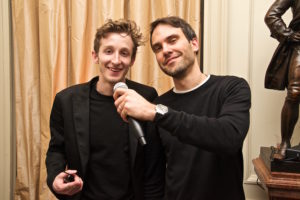 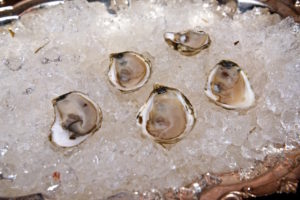 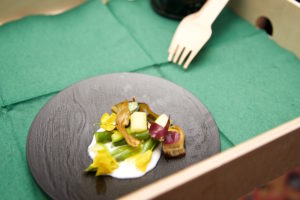 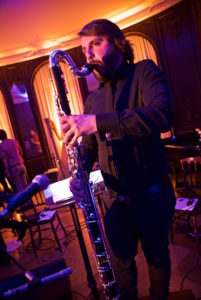 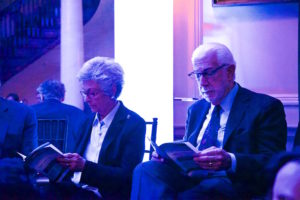 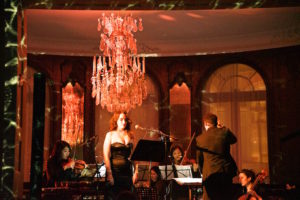 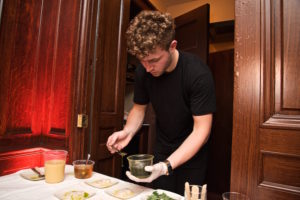 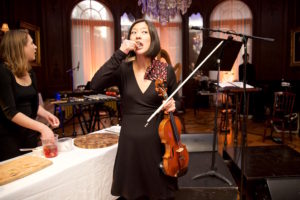 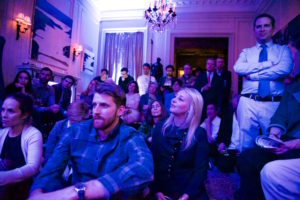 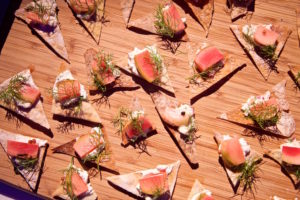 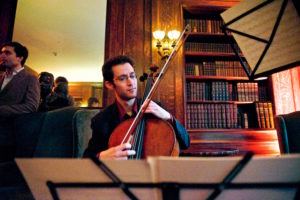 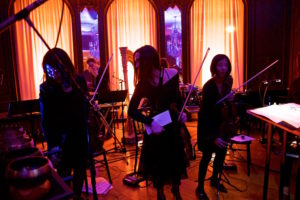 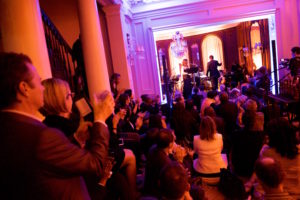 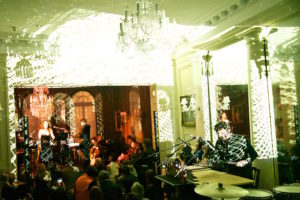 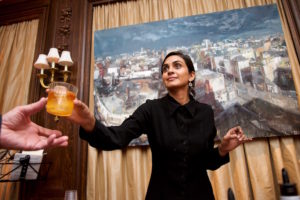 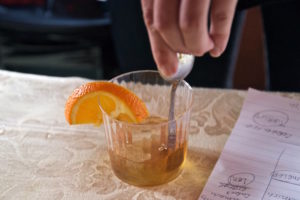 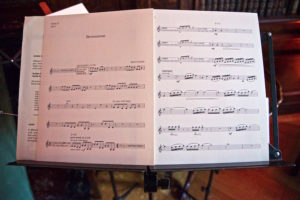 In terms of artistic experience, food and music have a lot in common. “They’re both incredibly temporal experiences, and they only exist for the experience, and then they disappear into the ether, and then you have to just mull over the experience,” according to Jonah Reider. He’s the culinary half of the duo behind “Brownstone,” a food- and music-based pop-up billed as “an experiential treasure-hunt of sound, taste and color.” Commissioned and produced by Metropolis Ensemble, the performance took place last month at the American Irish Historical Society.

Reider and his musical partner Ricardo Romaneiro began collaborating after they were introduced by composer Adam Schoenberg, Reider’s cousin and Romaneiro’s classmate at Julliard. As Romaneiro describes it, he somewhat passively responded to Reider’s initial text before stumbling upon a profile of him in The New Yorker two weeks later (Romaneiro was also drawn to the collaboration after Reider “text bombed” an especially impressive series of dish photos). Since then, they hosted their first dinner back in January, and the collaboration has taken off from there.

Jonah Reider, after graduating from Columbia and closing his acclaimed dorm-based pop-up restaurant, has since completed a residency at Front Art Space in TriBeCa.

“We’re super excited about this idea of creating stimulating experiences across all senses, and getting rid of the idea that there’s a restaurant and a concert and all these different things where you go out. [We’re] reimagining what a party is like, but also just, like, injecting social vibes into dining, listening, seeing, all this stuff,” says Reider. “Our vision is to keep getting more and more ridiculous.”

Overall, “Brownstone” is a series of electronic and acoustic live music performances (composed by Jakub Ciupinski) scattered around the building and meant to be enjoyed by guests as they wander throughout. The evening was divided into five parts: “Sound Bites,” “Brownstone,” “Memory Palace,” “Coarse Air” and a postlude.

“Sounds Bites,” in essence, is a cocktail hour with a very conscious choice of music that’s designed to complement the small plates, cocktails and oysters on offer. Each hors d’oeuvres tray made the rounds with a small speaker attached to it. For instance, Reider’s small octopus dish with smoked paprika sauce and black olive tapenade came with a Romaneiro composition entitled “Octopus.”

“The idea is that we had all these speakers, and each speaker created the texture of it. So for example, if you used four ingredients in the food, I’ll use four sounds, then I’ll mix them together and see how they function in harmony,” explains Romaneiro. “The way you think of sound is the same way you think of food: attack, decay, release, sustain. If you think of sound, when it first hits your mouth, that’s the attack. The decay is how long does it hold for that flavor. Sustain is how it swallows, and the release is the feel of it. When you eat, you have the textures and you create the textures on the music, and anyone can come up with that.”

“Memory Palace” (a percussion piece with triggered electronic sounds composed by Chris Cerrone and performed by Ian Rosenbaum) and “Coarse Air” (a Romaneiro composition performed by soprano Ariadne Greif and a chamber ensemble) are the two dedicated concert performances during which all of the guests gathered in the main room of the building’s second floor. Both pieces included an intense electronic light display by John Houle and Christian Hannon.

The postlude served as somewhat of an afterparty, with Reider’s desserts starring alongside Frippertronics-style remix loops of all of the music from earlier in the evening.

After doing three events together, Romaneiro is looking forward to deepening the collaboration further. After graduating from Columbia and closing his acclaimed dorm-based pop-up restaurant earlier this year, Reider has since completed a residency at Front Art Space in TriBeCa (the art from that exhibit will be auctioned off later this month.)

As Romaneiro puts it, “Sound Bites is like a prelude to what we want to do…. We want to get to a point where our ideas are so in sync, we’re like ‘yo [snaps fingers], let’s do this.'”