Cider Lovin’: 9 Stories from Our Archives

In our upcoming drinks issue, we take a look at Aaron Burr Cidery in the Hudson Valley and learn about all it takes to forage and ferment the fruit locally. To share more about the trade, here’s a roundup of cider love from our archives. 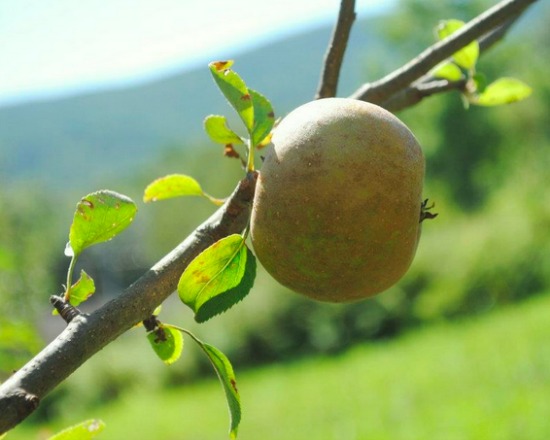 Here in the Big Apple, we take our cider seriously. And with good reason – as Andy Brennan of Aaron Burr Cidery puts it, “we live in the premier apple region.”

In our current drinks issue, we take a look at Brennan’s Hudson Valley cidery and learn about all it takes to forage and ferment the fruit locally. To go along with the print, here’s a roundup of cider love from our archives.

Apples, the Hard Way
In our January-February 2013 edition, Jim Clark writes about the ever-growing demand for craft cider throughout Manhattan.

The Spirit of 76
When Sara Grady wrote this op-ed in 2011, she hoped for a cider revolution. If the last few years are any indication, New York’s well on the way to fulfilling her wishes.

The Apple of Your Glass: NYC Cider Week Preview
Of course we devote a whole week to the drink. In this Cider Week preview, our drinks writer Amy Zavatto talks with a couple dozen producers as they gear up for the big week.

VIDEO: Cider Week Continues — How Cider Is Made
Ali Rosen of Potluck Video goes up to the Hudson Valley to check out perennial favorite Doc’s Hard Cider.

Fruit, Frost and Fermentation
In our January-February 2013 edition, we talk apples with Eden Ice Cider, whose bottles grace many of New York’s best drinks lists.

Try It Tonight at Good Spirits: Eden Orleans Aperitif Cider
For those that can’t get enough of Eden Ice Cider, here’s some more on their line of aperitif ciders.

Eat Drink Local Profile #45: Apples and Cider
Back in 2010, we devoted this post entirely to why apples are important and where to find them.