Hillrock Estate Distillery ushers in a new era of grow-it-yourself. 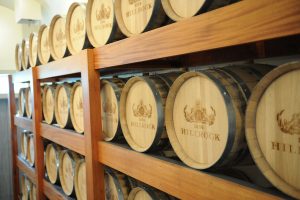 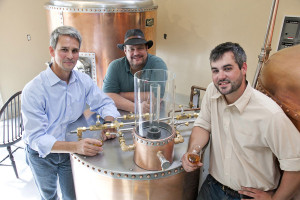 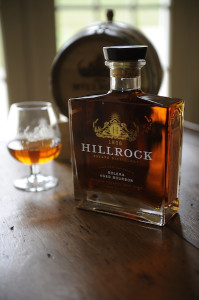 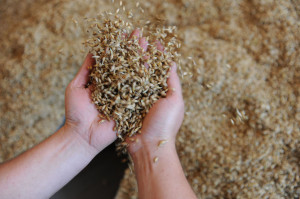 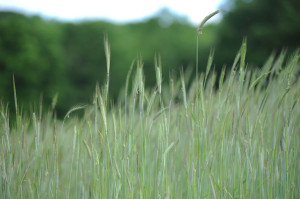 The stately circa-1806 Georgian home was the beginning of the obsession, perched on a hill that Jeff Baker would pass on his weekly treks between his button-down day job as real estate investment banker in Manhattan and his farm in Lake George, where he’d been trying his hand at eco-agriculture of the dairy and beef variety.

Today it’s the headquarters of his recently launched Hillrock Estate Distillery, but 10 years ago if you’d asked Baker if he thought it would be the impetus to build, plant, farm, malt and distill the country’s first estate-grown whiskey, he might well have scratched his thick shock of salt-and-pepper hair in disbelief.

Then again, any person who would buy and dismantle by hand a 200-plus-year-old house, move it 100 miles from the Lake George area to the Hudson Valley and lovingly reassemble every notched beam, floorboard and windowpane is definitely a guy who likes to make plans and see them grow.

Hillrock launched the first of several estate-grown whiskeys in September 2012, but unlike all other distilleries in New York, let alone the country, they are growing their own barley and rye on 250 acres of Baker’s Ancram, New York, estate. It’s a notion that not only reaches back to the early 19th century, when New York State was responsible for growing about half the country’s barley and rye, but to the notion that the old ways made for a more distinctive product.

“The fields write their name on the whiskey, and the pen is made of clove and cinnamon,” says Dave Pickerell, Hillrock’s master distiller. If by some chance you do not know his name, Pickerell—former longtime MD for Maker’s Mark—is as close to the court of Kentucky whiskey royalty as you will find. Attaching him to a small start-up project in New York is a little like getting Jay-Z to perform at your senior prom.

But to Pickerell, the wine-centric notion of terroir has always been something he noticed in the realm of spirits, too. In fact, right around the time a decade ago that the little copper-pot necks of small distilleries began popping up from the West to East Coasts and Kentucky was the only game in town for whiskey, Pickerell wrote a piece for Whiskey Advocate on how the notion of terroir would soon become a noticeable factor in American whiskey.

“It was theoretical at the time, but now it’s actual. Everything we make has those notes,” says Pickerell. “And that makes it so cool! I can taste it and say, ‘That’s our field.’”

Baker’s what’s-old-is-new idea doesn’t stop in the fields—the distillery also built its own malt house in order to malt their own grains (the particular process by which barley is dampened, raked several times a day for aeration and eventually sprouted to increase the grain’s starch content and provide the right kind of fuel for its eventual fermentation).

And they also took a page from the sherry playbook, using that fortified wine’s traditional solera aging method: taking some aged whiskey from older barrels and transferring it into newer barrels, and vice versa. At young Hillrock, adding older bourbon to the blend gets some of the whiskey to the market a little sooner but also, says Pickerell, makes for some pretty interesting spirit. “Every time you make a withdrawal and recharge another barrel, it’s adding depth and complexity. There are soleras [in Jerez, Spain] that have existed for over 200 years—imagine that complexity! We can only aspire to that.” They’re the first in the country to do this, too.

And there are whiskeys to come. Two ryes made from 100 percent estate-grown grain, a non-solera-style bourbon, which also uses locally grown corn (it is the one grain they do not grow on-premises, but which by federal law must make up at least 51 percent of the grain bill in any bourbon) and is aged in the traditional, mandated method: charred new American oak barrels. There’s also Baker’s pet project: an estate-grown Scotch-style whiskey. Right now, Pickerell says Hillrock is on target to make about 8,000 gallons a year, but plans to up that over time to about 14,000.

For Pickerell, who’s been deeply involved in the restoration and distilling project at the historic Mount Vernon estate of George Washington for the last 14 years, that a new whiskey could feel at once traditional and modern is as sweet as a whiff of the angel’s share.

“The house originally belonged to one of the Green Mountain Boys,” he says, citing the original Revolutionary Era rabble-rouser. “That sense of history really drew me in.” Baker also knew that with a star distiller like Pickerell, he might well see history being written right in front of his eyes.

“Jeff said ‘Your objective is to make a good, tasty whiskey for me.’ He offered me very broad boundaries—they’re wide enough to need binoculars to see from one to the other.”