How a Cookbook Author Gleaned Inspiration From New York’s Flavors

A new tome to the comfort country classic just out from Gothamite Mindy Fox. 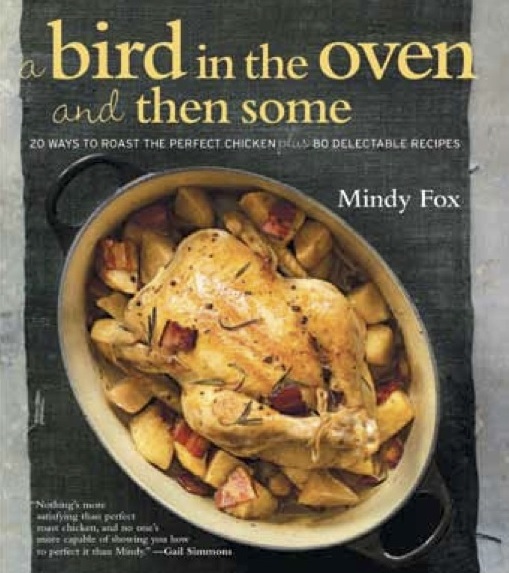 Roast chicken is beloved farmhouse fare, a dish devoured in red and blue states alike. But a new tome to the comfort country classic just out from Gothamite Mindy Fox—she’s cowritten cookbooks with culinary luminaries like Karen DeMasco and Sara Jenkins—mirrors the melting pot Fox calls home. A Bird in the Oven and Then Some guides readers to the crispy-skinned bird of their dreams in dozens of variations perfect for sophisticated city palates: one take roasts the bird in a salami cloak, another is redolent with green olives and fennel seeds. Her next-day inspirations are similarly novel, from chicken pho to chicken farroto—as are killer sides like scalloped potatoes with goat Gouda and roasted parsnips with za’atar.

While many recipes feature ingredients from around the world, Fox says they were inspired by edible escapades right here in her hometown: like the chicken cooked in the style of porchetta, a wink to Sara Jenkins’s famous sandwiches. Or the version with caper butter and roast lemons, dreamt up at Snack in SoHo (their sweet staff guided her skordalia technique). The roast chicken with slab bacon, celery root and rosemary is like something she might have eaten at Cosette or Jubilee. Meanwhile spices from Despana, that downtown importer of fine foods from Spain, appear in Moorish-style roast chicken, a poultry paella and even a bird roasted with the shop’s housemade morcilla sausage.

New York’s vibrant immigrant communities also sparked her imagination. The recipe for a Korean roast “BBQ” bird is a shout out to H Mart in Koreatown (open all night!). And to perfect her tea-brined five-spice chicken, she made brine from teas snagged at Chinatown’s Ten Ren.

A longtime locavore, Fox deftly dissects terms like “airchilled,” “certified humane” and that famously vague supermarket favorite, “natural.” Such sensibilities inspire produce-driven sides as well as one of the best recipes we’ve seen for those green wheat berries called “freekeh.” (When she stumbled upon the local grain at a Greenmarket she quickly became a convert; try her version with onions and olive oil and you will, too.)

But of all the experiences that stirred Fox’s seasonings, the most Manhattan tale transpired not in an upscale eatery, fertile farmers market or immigrants’ emporium, but in that classic city setting: the taxicab. One winter night, late for a party, she cut her losses on the subway platform, hailed a taxi and got to chatting with the serious foodie from Ethiopia behind the wheel. The long, pricey ride was worth it, since it came with a crash course in his ancestral cuisine. Its signature spice, which she subsequently scored at Kalustyan’s, is the secret to the book’s berbere-spiced roast chicken, which, like the rest of the book, is well worth crossing the road for.