Yes, You Can Make the Superiority Burger at Home, But Not Without Time, Tools and Skill

Brooks Headley’s iconic Superiority Burger recipe will not hold your hand on your way to veggie burger nirvana, but you will get there. 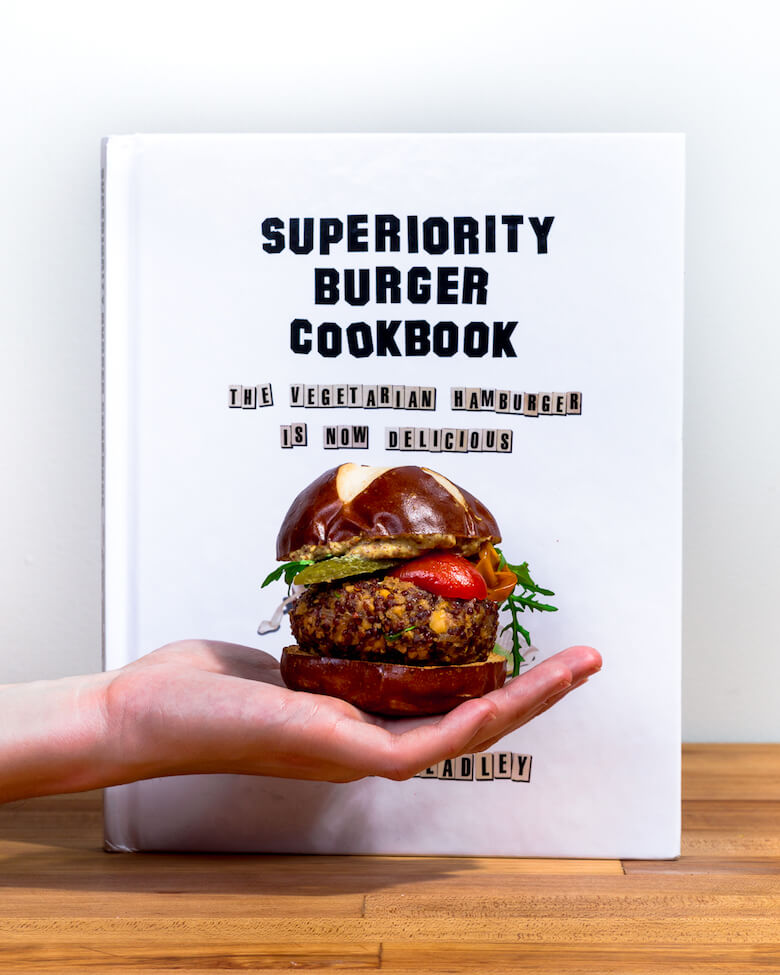 You can see the vegetables in the burger for yourself: Instead of making a mush ball in your food processor, you’re taking a potato masher to caramelized onions and chickpeas.

After preheating an oven, the next step to Superiority Burger’s superiority burger is to “cook the quinoa in 1½ cups salted water until fluffy, about 45 minutes.”

This instruction, found in the recently published Superiority Burger Cookbook: The Vegetarian Hamburger Is Now Delicious, speaks only to two camps: You are living in 2014, when quinoa was the little grain that could save us all—protein and crunch and tadpole tails of adorableness. Or you willy-nilly in the kitchen—you, and quinoa, are easy breezy: Too little water? Add more. Too much water—just drain it! Fluff is nice but freedom is forever.

For the rest of us, we still have to look up how to cook quinoa. We seek fluffy seeds and frilly tails, and we want details to get us there. Should those 1 1/2 cups of water be boiling? Do you want the water simmering with the quinoa? Covered or uncovered? Should I fluff with a fork? Should all the water be absorbed or do I drain? Wait, what kind of pot/pan/thing am I doing this in? 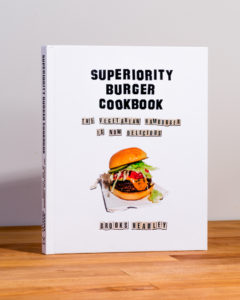 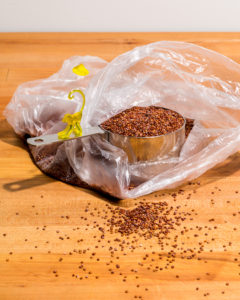 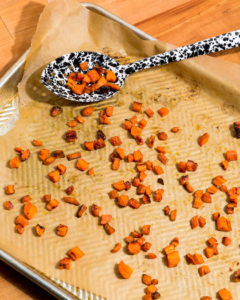 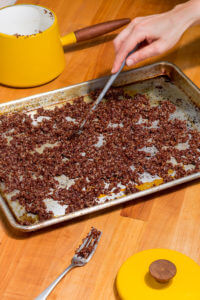 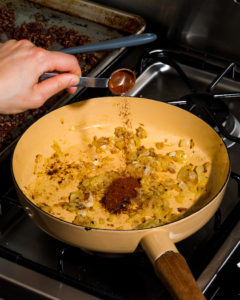 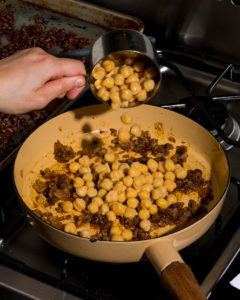 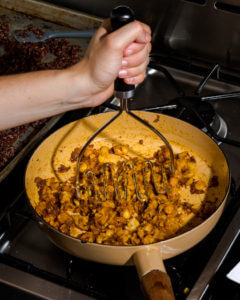 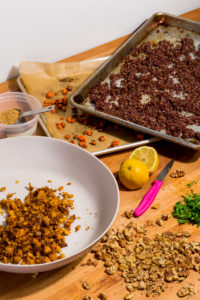 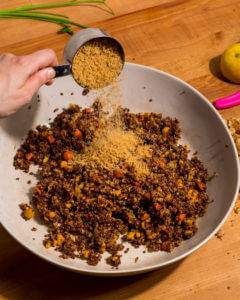 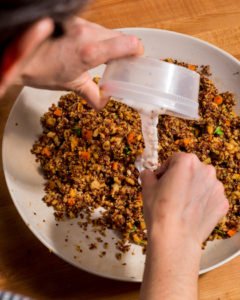 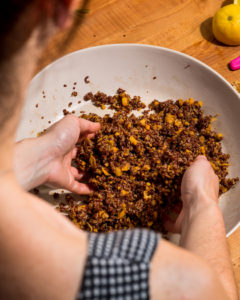 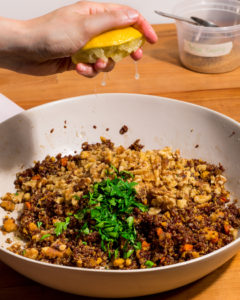 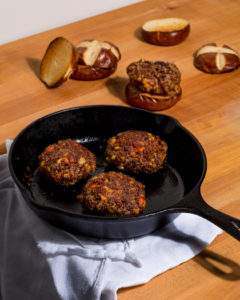 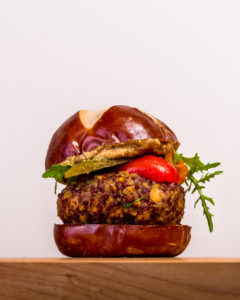 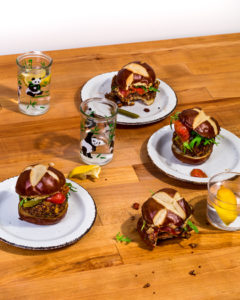 The superiority burger recipe will not hold your hand on your way to veggie burger nirvana, but you will get there. It will take 14 ingredients, not including toppers or bottom-ers—one of which is a Special Sauce that requires roasting tomatoes and making chickpea mayo. I did not pass go: counting out 20 individual chickpeas for the mayo.

Even if you don’t make Special Sauce, the burger requires a good part of your day to make, along with minimum two pots/pans, the oven, the unitasking potato masher, and your gut instinct. On the matter of salt measurements, the front matter says to “assume you will be adding salt and pepper to the seasoning to your liking. We use lots. But never too much.”

But the recipe can achieve what you seek in a vegetable burger: crisp outside and a soft but not-boring inside that’s lightly spiced and spicy, with plenty of vegetables and meat-free umami. No fake blood or any other costume makeup. 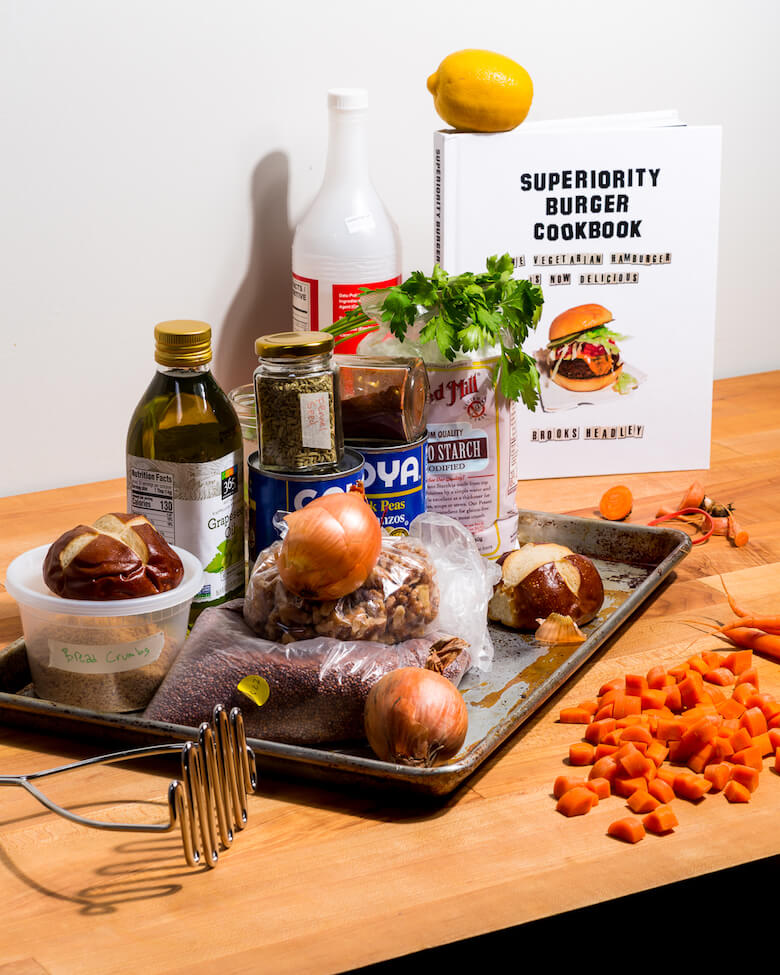 Much has been written about the pitfalls of contemporary veggie burgers. One gripe is that they don’t taste like their namesake (vegetables). Good beef burgers taste like meat, with backup vocals of char and salt. In veggie burgers, though, the vegetables are diminutized in both name and patty: We don’t call beef burgers “beefie burgers,” yet we infantilize the vegetables and obscure them behind chubby grains and the whole spice drawer.

Vegetables have great potential for flavor and resistance at bite. Brooks Headley, the brain behind the superiority burger and the eponymous restaurant, didn’t forget—his burgers have caramelized onion (deglazed with vinegar) and roasted carrots racing through.

You can see the vegetables in the burger for yourself: Instead of making a mush ball in your food processor, you’re taking a potato masher to caramelized onions and chickpeas. You’re folding quinoa in by hand. You’re mixing in tiny cubes of roasted carrots—presumably by hand, though it doesn’t say—along with coarse bread crumbs and crushed walnuts.

While the specificity of how well crushed (“3/4 cup walnuts, toasted and crushed”), mashed (“roughly smash”), and chopped (“1 medium yellow onion, chopped”) meant I ended up with a burger far less homogenous than the one at the restaurant, the burger tasted the same and mostly stuck together. 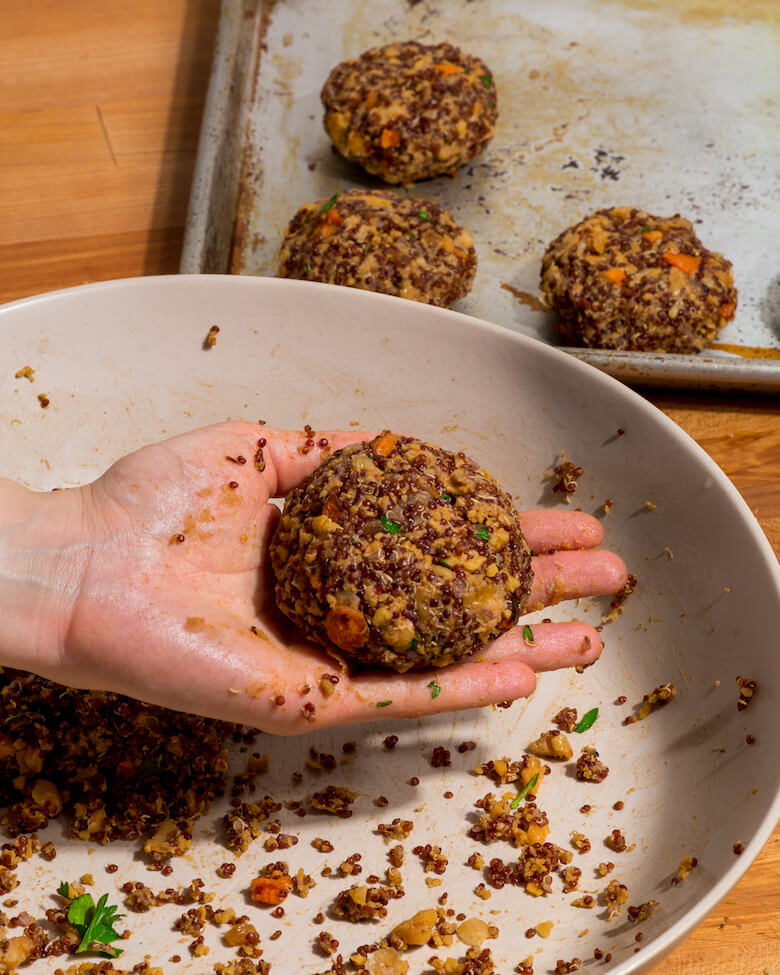 Headley binds his jumble with a slurry of potato starch, which, unlike most other starches, is flavorless and quickly gels at a low temperature.

Another downfall of so many veggie burgers is that they crumble at the sight of a sizzling pan, or a bun, or your mouth. Headley binds his jumble with a slurry of potato starch, which, unlike most other starches, is flavorless and quickly gels at a low temperature. Mix the potato starch and water into a slurry too early and you get to play with elementary-school gak for a little. Go ahead: We’re making the beer-in-one-hand of veggie burgers here.

That doesn’t mean this isn’t also the thinking-man’s burger, though. It features in-tune back-up vocals by ground fennel (toasted and ground by you), some chile powder, hot chile sauce (Headley uses Frank’s RedHot, though you’d only know by reading the front matter), and lemon and parsley. For such clear finesse of matching the right ingredients with the right way of treating them, you’d expect instructions that are just as obsessive. Headley is an enviably creative chef who’s cracked the code on a craveable vegetable burger. He must crack open his Budweiser after he’s finished cooking—but perhaps before he writes his recipes down.

Get the full recipe here.