The legend’s latest cookbook wants to help you prepare the best ingredients without complicating the issue too much. 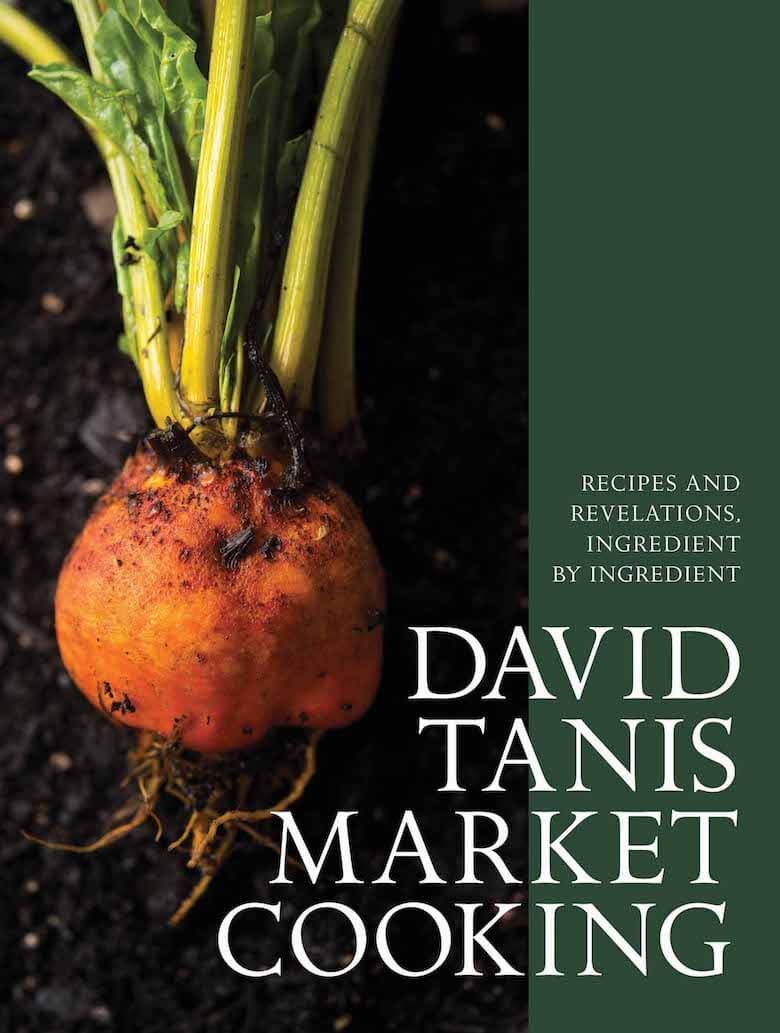 David Tanis has been preaching the power of vegetables for nearly a decade now. Starting with his first book, A Platter of Figs, he introduced readers to his philosophy of cooking: seasonal ingredients prepared with simple technique to make the flavors shine.

That’s a popular concept now (and more and more a hackneyed one), but Tanis approaches this ethos with the zeal of a true believer. His new book, David Tanis Market Cooking: Recipes and Revelations, Ingredient by Ingredient, is the distillation of those principles, focusing on individual vegetables, pared down dishes and the pleasure of cooking and eating when we do so with the season.

Edible Manhattan: Why did you decide to write Market Cooking?
David Tanis: The intent of the book is to make cooking accessible and useful to a broad range of cooks. I wanted to make a book that a person could look at and say, “I want to eat that now,” and then supply a recipe that’s not impossible to produce. Everything in the book is super super simple, but I think everything is super good.

EM: This book feels like a very natural evolution from your past books. There’s been a continued simplification of cooking and a more pronounced focus on ingredients. What has the process been like to arrive at this place?
DT: In a way, I’m still singing the same song, just a variation on a theme; the philosophy remains the same. I wanted to keep telling the story but I wanted to make it fresher. A Platter of Figs came out in 2008 and here we are in 2017 and I felt it was time for a new iteration. And I didn’t want people to get bogged down with the concept of how to build a menu; I wanted to choose the dishes that were the most straightforward.

EM: You cover a lot of vegetables, but some chapters have only a few recipes. How did you decided how much to say on each topic?
DT: I wanted to have a large breadth of vegetables that people can find in the market. And sometimes a couple of recipes will give you some ideas to then come up with simple variations. Of course its not encyclopedic, but I think there’s a lot of information. In terms of how many recipes per vegetable, you will notice that there are a lot of potato recipes [laughs]. I had to hold back there. And a lot of salad recipes. Both of those things are close to my heart.

EM: Some of your recipes are written like traditional recipes and some are more narrative. How did you decide to write the recipes this way?
DT: It was quite deliberate to make some recipes narrative prose. I’m trying to give people simple rules to use in order to understand market cooking. And throughout I’m trying to give people same basic tools.  For instance, you don’t need a recipe for scrambled eggs, but I could describe a way to make scrambled eggs that would add to your knowledge. Sometimes you only need a bit of a cue or a clue and then you can go off on your own. Or just to be reminded, radishes: you can cook them too.

EM: What were the books that inspired you as you were conceiving of and writing Market Cooking?
DT: So many books have been influences for me. I’m looking at my bookshelf here right now and there’s probably 300 cookbooks here… and there’s more in boxes in the cellar. Paula Wolfert has been a big influence, but there’s a whole long list of people: Patience Gray, Elizabeth David, Richard Olney… that whole era of cookbooks is important and groundbreaking in a lot of ways.

EM: That cohort was talking about the concept of market cooking and bringing these idea to the United States when packaged foods had taken over completely. And in a lot of ways this book is full of those old ideas.
DT: People have been cooking like this quite a long time; the whole idea of market cooking is normal. Or it used to be normal. And cooking, home cooking, is a normal thing, too. Or it ought to be. Cooking and being able to trust your intuition to get you there as well is really nice.

In some ways I think you hear something often enough you tune it out. “Fresh-local-seasonal” gets touted about so much, and sometimes it’s true and sometimes it’s just an advertising gimmick. But what’s not to like about the whole concept? It’s a natural concept, and it tastes better on top of it. Even though I’m not presenting anything that is earth shatteringly different, I’m trying to present a collection of food that reflects a certain sensibility. And that sensibility is about simplicity, big flavor and how to get there without complicating the issue too much. 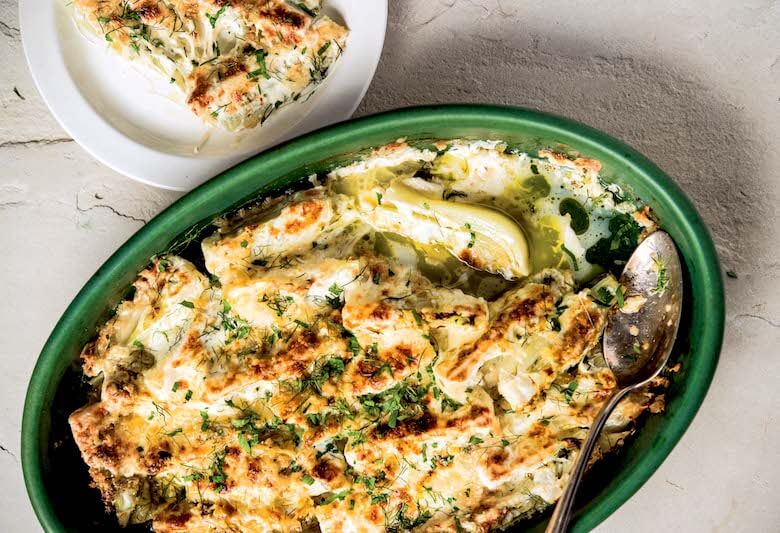 This dish can stand alone or be served as a side.

This is an excellent vegetarian main dish if paired with a pile of sautéed dark leafy greens. But you can also send it to the table alongside a roast chicken or pork loin or some Italian sausages. The fennel is briefly blanched, then baked with mozzarella, Parmesan and bread crumbs. The flavor is amplified with fennel seed, garlic, crushed red pepper, rosemary and a little olive oil. Expect raves.

Heat the oven to 375 degrees. Remove a thin layer of the fennel bulbs’ tough exterior. Cut the fennel crosswise into 1/2-inch slices.

Bring a large pot of salted water to a boil. Add the fennel and boil for 1 minute, then drain and put it in a bowl of cold water to stop the cooking; drain and pat dry. Season the fennel with salt and pepper.

Lightly oil a large baking dish. Layer in the fennel to a depth of 1 1/2 inches (pushing it down if necessary).

Bake the fennel, uncovered, for 20 to 25 minutes, until nicely browned. Garnish with the chopped parsley.