With New Leadership, an Excellent il Buco Alimentari & Vineria Experience Is Even Better 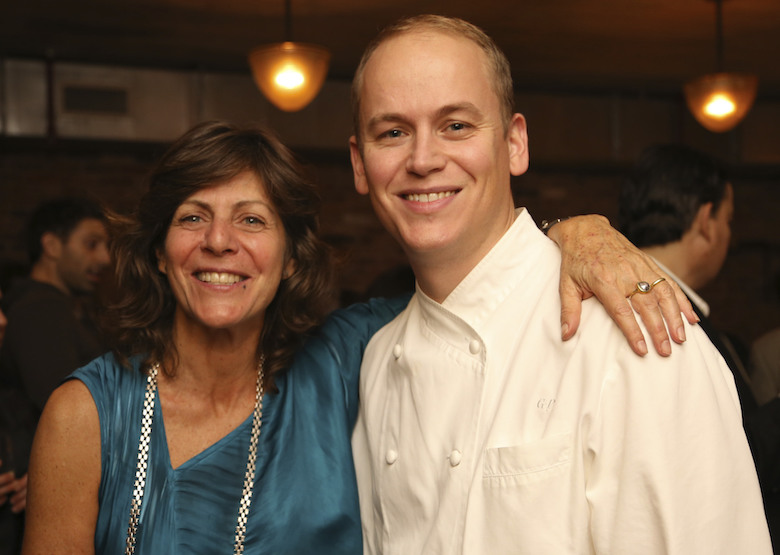 Entering il Buco Alimentari & Vineria on a drab Tuesday at lunchtime, I was transported into a lively Mediterranean market full of color wheels: a great reprieve from my walk down Great Jones Street in the rainy blah. The marketplace created by restaurateur Donna Lennard captures exactly the feel of a stroll through a Sicilian street. In my sightline, barrels of aged vinegar, shelves of homemade bread, and even a close couple at the new Chef’s Counter, with near-empty plates of formaggi and smiles.

The Chef’s Counter, set stop the famed house-cured meats under glass, is just one creation of newly-helmed chef Garrison Price. Reflecting Barcelonian dining, the Counter comes set with a new menu and an opportunity for talkative diners to engage with the people and places that bring the market to their plates. The day’s menu featured the small plate Avocado alla Griglia, or charred avocado, grapefruit, shiso and peperoncino. Zoom in on the shiso. Is this Italian? It is now.

After six months of adapting to his new lab space, chef Price is using his globally influenced culinary training to add flavors to the menu not previously seen by the regulars who return to the restaurant time and again. In the new menus’ cases, Mediterranean needn’t be a land-locked idea; instead, chef Price is adding flavor profiles to the Counter and the main dining room that speak to the region’s port towns, markets that trade across country, continent and cuisine. And Lennard is encouraging his play.

“We kind of had to loosen him up a bit,” she told me with a laugh. Chef Price’s resume in fine dining at Asiate and under Jean-Georges Vongerichten brings with it an emphasis on detail and The Recipe. His history isn’t lost at the more casual Alimentari; rather Price’s expertise with different culinary traditions adds to the ethos of the il Buco identity. For Lennard that ethos always returns to using “the best ingredients and putting them together with the simplest preparation possible,” with a little improvisation. It also means being “true to ideals, ideas, visions and values,” which across il Buco celebrate teamwork and sustainability, as evidenced by the space itself (the tables, panels, and cutting boards are made from the original joists of the nearby Great Jones Lumber Yard).

Lennard, who has discovered and mentored many a chef since opening il Buco in 1994 and il Buco Alimentari & Vineria in 2011, is after a certain sympatico with her staff,  to create “an integrated team” that “works together and creates together.” “Garrison,” she said, “is absolutely one of those personalities, and he is inspiring amazing changes.”

The results of the pair’s collaboration are evident on the menu. “I am obsessed with fried rice,” proudly admitted the chef, “and one day I was in the kitchen making something for myself—Venetian black rice, with homemade sausage, then I added some shrimp—and Lennard came into the kitchen and asked, ‘what’s that?’ She put her spoon in the bowl, tasted it, and said, ‘Yes, we’re putting that on the menu. Her eye for what people will like is spot on.’” Riso nero, which features Venetian rice, calabrian pork sausage, wild shrimp and a farm egg yolk is indeed a standout dish.  As spring arrives and the menus change, diners can expect more reinvention with “softshell crab, morels, ramps and pea shoots,” predicted chef Price. With a clear smile.

While sitting down with Lennard and the Alimentari team, I got to sample some forward-looking trial dishes for the day. First, a Sicilian ancient grain flour cavatelli with homemade pancetta and fava beans. Second, asparagus spears encased in sunflower seeds, coriander, sesame seeds and pumpkin seeds, on a plate of yogurt, herbs and a little lemon. Chef Price pointed out that the olive oil, vinegar and salts used in any of the dishes in his kitchen are available in the marketplace—even the colatura, an anchovy fish sauce that adds umami to some of the restaurant’s staples. Apparently many chefs from across the city come in for the colatura, some even with sunglasses on.

As the Alimentari evolves alongside chef Price’s vision, it remains the midpoint, the place between the farm and the table, the source and the home.

Both dishes were exquisite by themselves, but the sounds and vibe of the restaurant complemented their successes. Hearing Lennard speak about the the designs of il Buco, il Buco Alimentari & Vineria, and il Buco Vita (a location that sells curated home furnishings sourced from Central and Southern Italy), I discovered quickly that the the mise en scene of the spaces added to the dishes in beautiful ways. Whereas il Buco is designed to be the “home, the inviting living room,” the “Alimentari is more the lab, the site of production with a little more noise, a little more cacophony. It captures the energy of the market,” explained Lennard. Those multisensory details are more than decoration; for il Buco Alimentari & Vineria’s leadership, they mean the difference between a good meal and a spectacular one. My meal easily aligned with the latter. 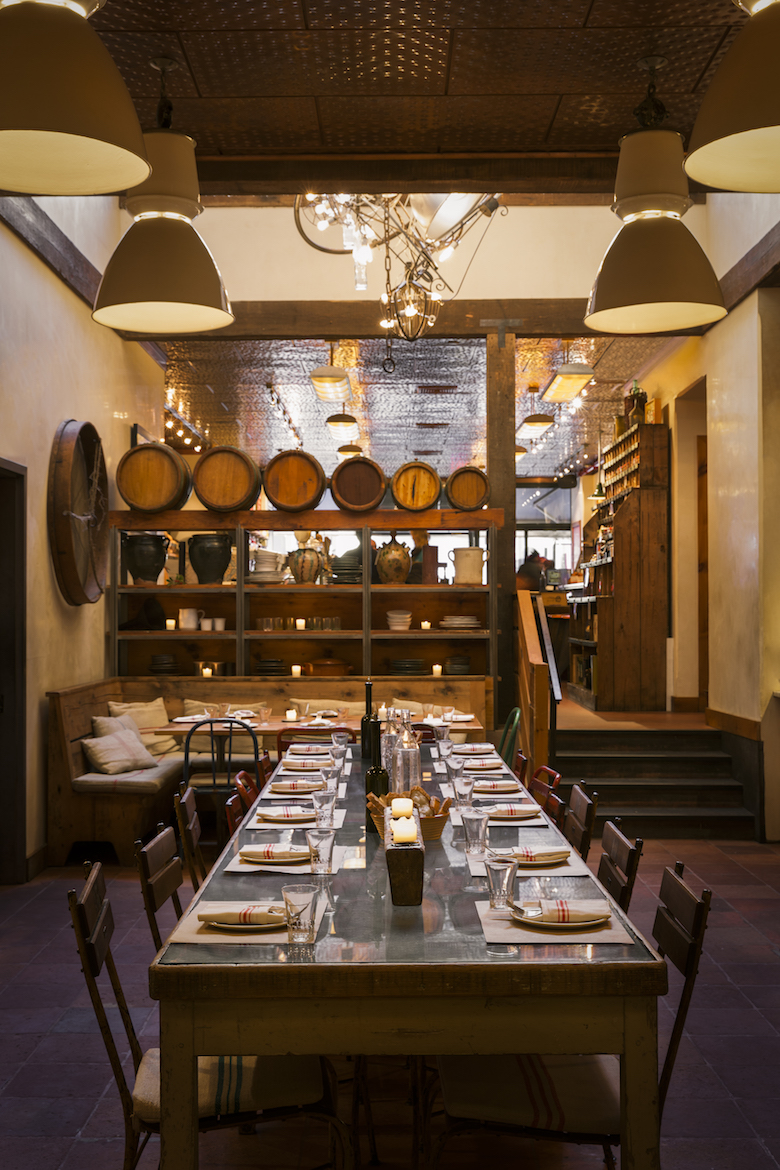 As the Alimentari evolves alongside chef Price’s vision, it remains the midpoint, the place between the farm and the table, the source and the home. Diners can browse the market in person at 53 Great Jones Street or digitally through il Buco Vita’s online presence—another component emphasizing accessibility for the busy New Yorker or the online shopper states away. Lennard is firm on this point: “During times like these it is crucial to care about more than just being a successful restaurant.” Rather the team is always aiming to be “better and better, to qualify qualify” and to keep what happens in house part of a conversation around sourcing and motivating the community to learn more.

As part of outreach initiatives, chef Price taught kids in the Bronx to make gnocchi through Edible Schoolyard NYC; Lennard has led sustainability lectures at The Blue School; breadmaker Sheena Otto taught breadmaking 101 in January; the team is looking to invite culinary externs for training rotations and there are more classes in the works.

“I love to see people in here learning, talking, picking up salumi, beautiful cheeses, and homemade pastas, to be able to take home and make meals for friends and family,” said Lennard.

Having learned and talked in the bustle of the afternoon market, I left Alimentari with a bourbon raisin fennel loaf. My dinner that night featured the bread and by that point, I’d long forgotten the rain.