At Ensenada’s Restaurante Laja, It’s Tasting Menus by Day and Carnitas by Night

With the right ingredients and the right people, there’s no difference between dining on the street and sitting at a table. 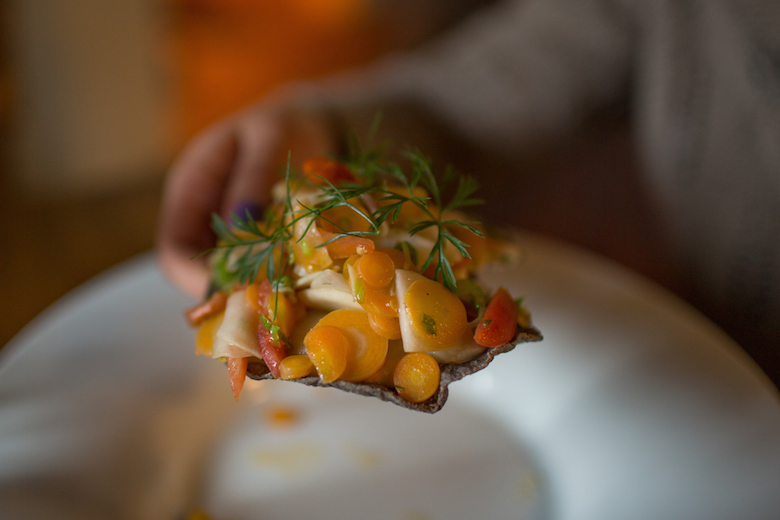 Housed in a stand-alone Spanish-style hacienda, the restaurant is surrounded by sprawling organic gardens that provide 100 percent of the produce for the kitchen.

—Julia Sherman, creative director at Chopt, and author of the blog and book Salad for President.

I didn’t realize it at the time, but my first hour in Baja would come to represent much of my unfolding trip. I drove across the border at Tijuana, and within an hour, I had arrived at the pin on my map where Bichi vineyards were purported to be, but alas, there was no sign of an entrance. Of course, cell service had long since vanished. Massive trucks zoomed by, making every U-turn more unnerving than the last. Just as I was contemplating crossing back into California with my tail between my legs, Noel, the co-owner of the winery, came flying in to show me down the camouflaged road. “Was it so difficult to find?” he asked. When I looked at him incredulously, he replied, “Good.” In this part of Mexico, the best things are hidden in plain sight.

I arrived at Bichi, Baja’s only natural winery, in the midst of a vineyard staff Christmas party. I was meeting up with my friend, chef and mezcal producer Niki Nakazawa, who had just finished touring the country’s best palanqués (mezcal facilities) with the team from Noma Mexico. I found her seated at a long table at the base of the vines, surrounded by the families who make this operation tick. They were drinking the funkiest organic wines and reheating Domino’s pizza over a wood-burning stove. Isn’t this exactly the way beautiful wine should be consumed? The bottles Noel was pouring were made in collaboration with his mother and brother, chef Jair Téllez, who was off in Mexico City running his award-winning restaurant, MeroToro.

Bichi has been enjoying a moment of recognition, as the U.S. consumer warms up to the more complex, unpredictable palate of naturally produced wines. While American wine lovers are just getting hip to the idea that there is indeed a vibrant wine region south of the border, for the Téllez family, Ensenada has always been the gustatory capital of the world. They were born and raised here, and this is where Jair made his mark in the restaurant industry with Laja, Mexico’s first farm-to-table restaurant, located just an hour south of the winery. That would be our next stop.

Housed in a stand-alone Spanish-style hacienda, the restaurant is surrounded by sprawling organic gardens that provide 100 percent of the produce for the kitchen. There is nothing of this sort for many miles, so anyone who has eaten here has made the journey for that reason alone. After spending the day with Laja’s chef Rafa Magaña and his brother Maro Magaña, the restaurant’s organic gardener, I got the sense that this remove was, again, very intentional. For the people who work here, this is a way of life, a family and a mission, rather than a means to food-world stardom or notoriety. 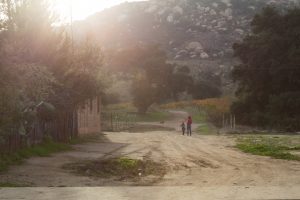 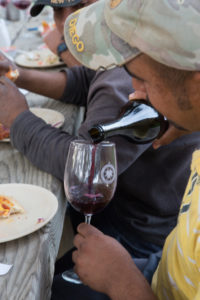 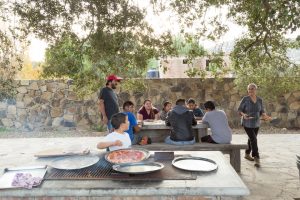 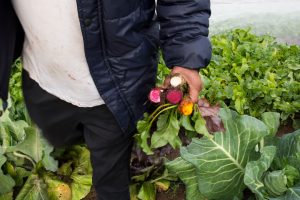 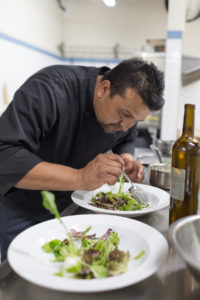 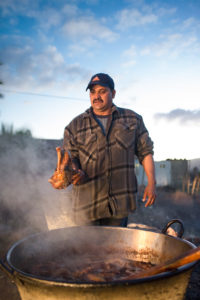 I wanted to taste their famous food and visit the grounds where they grow nearly every ingredient we ate that day. What I didn’t expect was the marathon of cookery and culinary backflips that ensued. First, we picked the veggies with Maro under misty skies — monster parsnips, beets and bushels of salad greens that were even more vibrant against the gray of the day.

Back in the kitchen, Rafa was already scheming, enlisting his full staff to create a rolling meal for two. I watched closely and tried to take notes as he diced parsnip and browned it, picked herbs and gingerly prepared the most tender baby vegetables. I was ready to eat standing up in the kitchen, but Rafa wanted us to have the full experience and sent us into the dining room. When the waiter arrived, those parsnips had been transformed into a silky parsnip purée, spread over a crunchy seaweed based tostada, topped with a quick stir fry of fresh, thinly cut veggies. I would have happily made that my meal, but this was only the first course.

Having devoured the most delicious tostada of my entire life (and I have eaten a lot of tostadas), I expected Rafa to pack up. I was very, very wrong — we were in it for the long haul. There was a salad of baby lettuces and butter-poached Japanese turnips. There was fish caught that morning, perfectly seared, served with the simplest presentation of charred garden vegetables. My personal favorite, a dish I still think about regularly, was poached eggplant in tomato jus, topped with fennel fronds and microgreens.

Hours (and countless glasses of wine) later, Rafa finally hung up his apron and joined us. When he first showed up at Laja looking for a job, he was just a kid looking for menial job to pay the bills. Back then, Jair was the chef de cuisine. While Rafa is quick to attribute everything he knows to Jair, he clearly has an intuition all his own. He rose from kitchen assistant to sous chef, and eventually chef de cuisine when Jair went on to Mexico City to open his next enterprise. There were no recipes involved in Rafa’s culinary education because he never learned to read or write. Instead, he learned by trusting his senses — watching, tasting and smelling. We were witness to his laser beam focus. There was no script required.

When it all seemed to be coming to an end, Maro must have seen our faces drop. He was quick to up the ante with the next adventure. “Te quiero carnitas?” he asked. Clearly a rhetorical question, he handed us a piece of scrap paper with a handwritten map and an X at the anonymous intersection where we were to meet him at 2 a.m. We were going to see the other side of the family business, a roadside carnitas stand passed down to Maro from his father who had perfected the art for 12 years before him. Fine dining might be relatively new to the Magaña family, but Maro tells me, “My father taught us how to make birría, carnitas, barbacoa, consume, menudo — traditional Mexican food. Food that people like.” 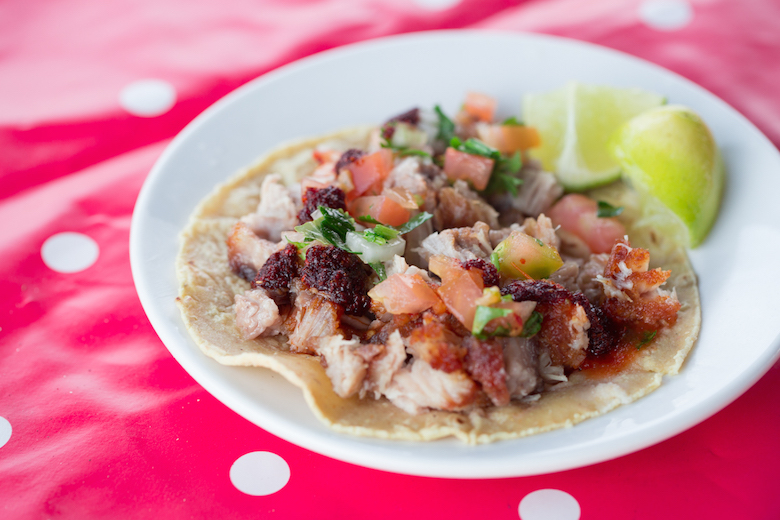 By the time we found Maro, he had been working for a couple of hours already, building a roaring bonfire and tending a bubbling cauldron of pork and lard. By the light of a headlamp alone, he cooks the meat and offal all night long, building the fire back up each time it dies down, stirring constantly with what looks like more like an oar than a spoon. As the sun starts to show its face, he runs down the street to grab fresh warm tortillas from a friend’s home bakery. By 6 a.m., construction workers and day laborers start to appear, grabbing meat and tortillas to power them through on the job site. Maro weighs the meat and packages it in a plastic bag, with a choice of homemade salsas on the side.

From the multi-course meal to the tacos, there was a precision present that deeply inspired the culinary team at Chopt. With the right ingredients and the right people, there’s no difference between dining on the street and sitting at a table.