Making Mole in Oaxaca Is About More Than the Sauce Itself

With Soledad Martinez as our teacher and mezcal in hand, eight hours of cooking doesn’t feel like too many. 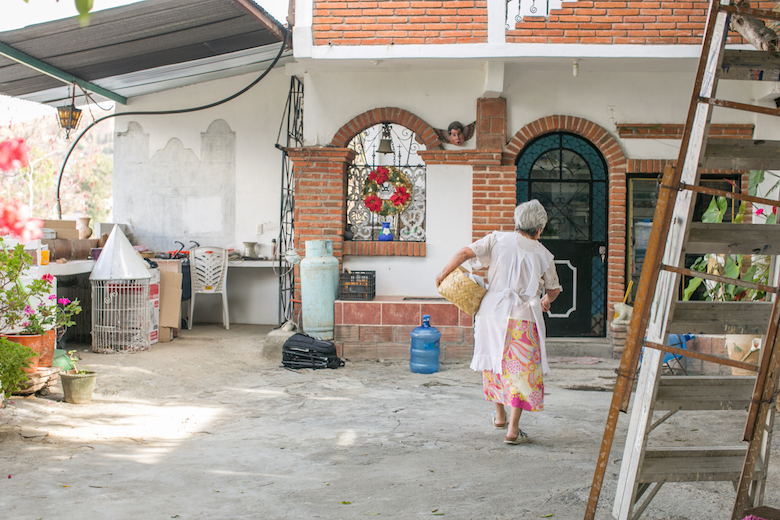 You have to learn from a maestro, and we found one in Soledad Martinez.

At Chopt, we tend to prize maniacal focus over any other quality in a chef. To understand the endurance and commitment it takes to prepare a dish as complex as molé, you have to make it yourself. It has many variations, from coloradito with a plantain base, to the more common negro, with the distinctive bitterness of cacao. But you can’t just show up in Oaxaca and make molé. You have to learn from a maestro, and we found one in Soledad Martinez. She doesn’t have a recipe to share, or a cookbook to refer you to. To unlock the magic of her molé, you have to chase her through the open air market, collect the ingredients one by one, build a fire on her stone patio, char fresh peppers and tomatoes, and toast and grind the spices. There is even a soup to prepare and eat in anticipation of the molé itself. A pre-game ritual to quell impatient travelers in face of the task ahead. Molé is in itself, an act of cultural immersion that ends in a meal.

For Soledad, cooking is survival. She was raised by her mother, who made her living selling homemade tortillas in a small village called Ejutla. She didn’t just sell tortillas but woke at 4 a.m. to nixtamlize and grind the corn, to form them by hand, and travel by foot to sell them door to door. No matter how excellent the tortillas, they alone were not enough to support the family. When Soledad was just 6 years old, she went to live and work as a housekeeper in a wealthy home. There, she gravitated toward the kitchen, and before long, she was shadowing the cook and learning hands-on how to make traditional Mexican food from scratch. 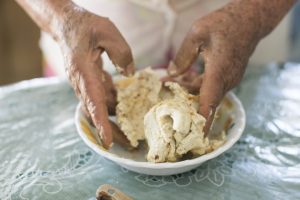 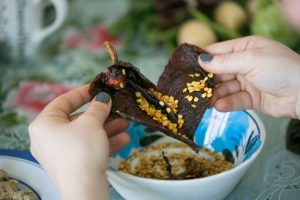 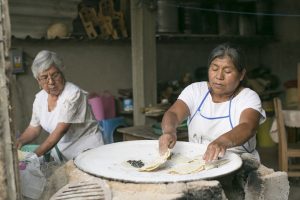 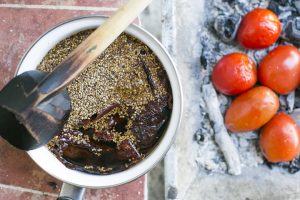 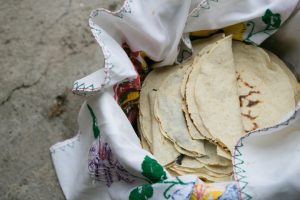 By the time she was 18, Soledad had a lifetime of experience with Mexican home cooking and was able to open her own restaurant. This was a huge accomplishment in and of itself, but she never could have imagined what came next. The director of the Oaxacan Institute of Culture approached her and asked her to teach cooking classes to chefs visiting from abroad. She had never attended school herself, but she was called upon to share her life’s work with 14 international chefs a day, hosting them in the intimacy of her own home.

Like so many students before me, I met Soledad at the central market in Oaxaca City. She is no more than five feet tall, with short cropped hair and eyes that are always smiling. We were there to collect the laundry list of essential ingredients for molé poblano and the fortifying soup we would eat before we even started cooking our main dish. The soup was called sopa de guias. It’s an ode to the cute-as-a-button round squash, calabacitas, made with everything from its gnarly vine to its bright yellow blossoms. It’s simply simmered in water with garlic, onion, fresh corn and finished with chepil, a green herb that tastes faintly of green beans. We formed masa dumplings in the crooks of our palms, pressing a thumb into their centers to form a dimple, and setting them to poach in the clean, clear broth. It was meant to tide us over for the long haul ahead. 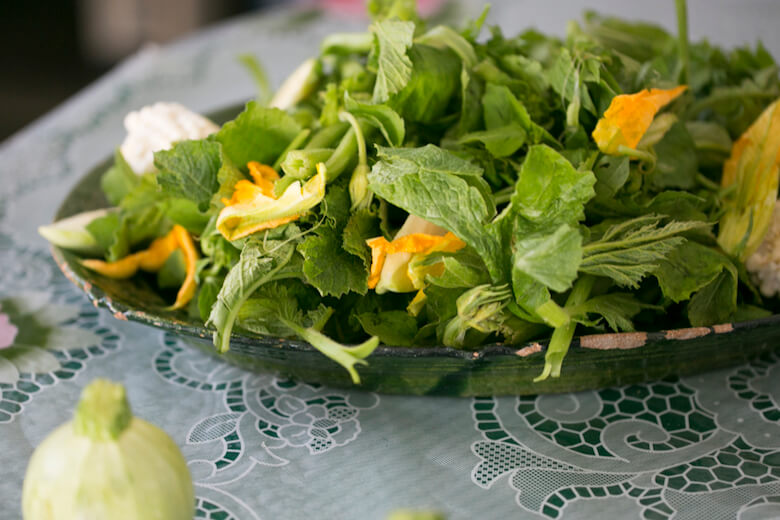 Soledad’s mole is built on a foundation of red ancho chiles, the less common called chircosle chile (it’s worth stocking up on these if you can find them, but the more readily available guajillo are a close substitute). Toasting the chiles in a dry skillet awakens their aroma and depth. Once they are toasty but not burnt, Soledad splits them open lengthwise to remove the seeds. She’s after the flavor of the chile, not the heat. 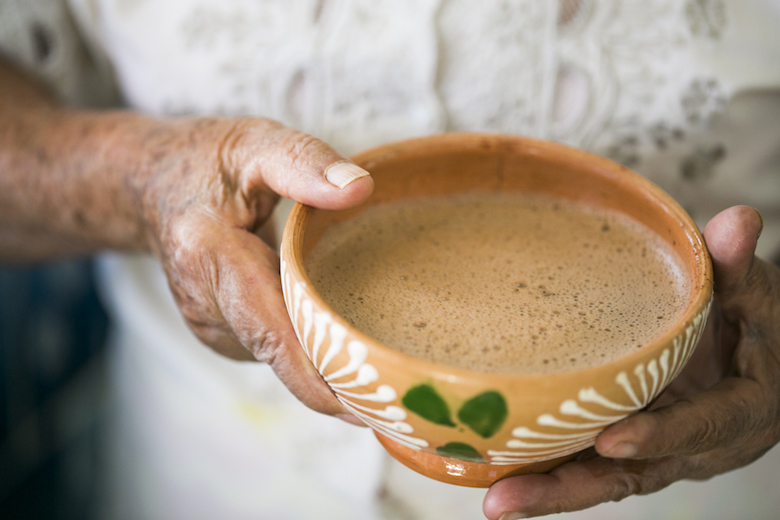 Fresh tomatoes, onions and garlic are roasted over hot coals until their skins are black, dusty with ash and easily slipped away. We blend them with toasted sesame seeds, cinnamon stick, oregano, thyme, cloves and almonds. Soledad throws minced fresh ginger and garlic in a pan with some lard, sautéeing them quickly, and adds that to the mix. Then the most surprising part: We toast black raisins and some bread, which are added to mole to sweeten and thicken. We watch as all these ingredients combine and deepen, forming a fragrant stew.

Finally, chicken is set to bathe in the rusty red sauce, while we flatten balls of masa in the hand-press and set our homemade tortillas on the comal to cook. It’s been eight hours (and a few mezcals) since we first convened. Maybe that’s a long time to make a single dish, but it’s never really about the food, is it?