If You Drink Fair-Trade Coffee, Put This in Your Cocktail

An innovative entrepreneur is fighting global poverty with high-end alcohol. 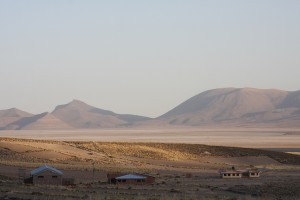 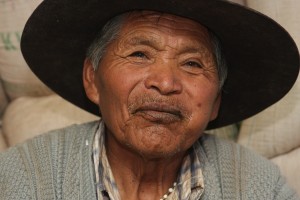 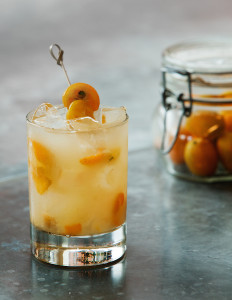 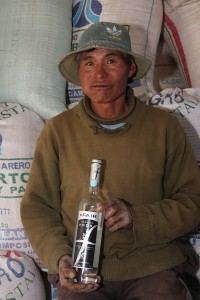 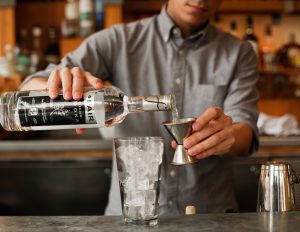 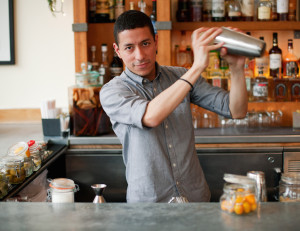 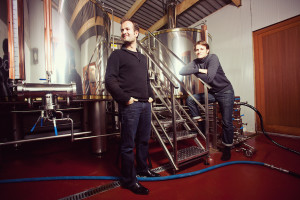 Four years ago a 24-year-old Frenchman named Jean-François Daniel quit his job in the Cognac business to embark on an around-the-globe backpacking trip. It wasn’t just that he wanted to see the world—Daniel, who on leaving business school had turned down a sought-after position with L’Oréal to go to work for a small Cognac company, was feeling restless and discontented. “Something was waking up inside of me,” he says. “I wasn’t feeling I was helping the world get better.”

He started off with no particular agenda, but as he traveled throughout Asia, India and Central and South America, he was astonished by new flavors he found—and moved by the plight of the farmers who were finding it harder and harder, in our globalized economy, to make a living from their farms or even, often, to keep them. His experiences ultimately sent him back to the liquor business—with an entirely new goal: to make high-quality spirits out of fair-trade-certified ingredients. “I realized that farming is the basic activity for a lot of the planet,” says Daniel. “So if I want to fight poverty, I have to empower people through farming.”

He hooked up with a business partner, Alexandre Koiransky, who had a decade of entrepreneurial experience behind him, but the pair were flat broke. There was no way they could even open an office, let alone build a distillery. So the duo approached one of the best custom distillers in France’s Cognac district with a proposition: “Take our quinoa, make the best spirit you can from it, and as soon as we’re making money, we’ll pay you.”The initial reaction: a scornful refusal. They were too small, the idea was too new, it was too big a risk. But the pair persisted, and since the distiller liked the idea of making the world’s first fair-trade spirit, they eventually struck a deal.

The startup grew like sugarcane in the African sun, and three years later, Fair Trade Spirits has three products on the market: FAIR Vodka (made from quinoa), plus two liqueurs, FAIR Café (infused with coffee beans) and FAIR Goji (infused with the wild berries). Because the ultimate goal is to improve the lives of poor people around the world, locavore liquor it ain’t. But Daniel has visited all of the farmers from whom he buys ingredients: small organic sugar growers in poverty-stricken Malawi, a worker-owned 2,000-farm coffee cooperative in Mexico’s Huatusco mountains, Tibetans who hand-harvest wild goji berries and a quinoa cooperative that’s produced more than 2,500 new jobs in the Bolivian highlands. (The wheat from which he makes the base spirit for the liqueurs is organically grown in France.)

The company always pays at least the floor price set by the international Fairtrade Labeling Organization (FLO) and Daniel works closely with the farmers, even bringing some members of the Bolivian quinoa cooperative to France to see the company operations (and also—for the first time in their lives—the ocean). Recognizing the taste of their quinoa in a spirit, he says, “was a projection into a new dimension for them.” Daniel’s very aware of the controversy over the West’s newfound passion for quinoa, which has pushed prices beyond the reach of some of the people who depend on it as a dietary staple. But he argues that by buying direct from farmers, he’s keeping them on their land. “Close to 40 percent of quinoa fields have been bought up by international companies,” he says, “and guys who have been farming 15 to 20 generations on the same soil are being kicked off their farms.”)

The company sells roughly 90,000 bottles a year, primarily in Europe but also in Hong Kong and Singapore. Last year Daniel moved to the United States to help the company tap into the country that’s the globe’s biggest premium-spirits market—starting with New York. He acknowledges that here, fair-trade status doesn’t wield the marketing magic it carries in other parts of the world. The worldwide licensing program that ensures third-world farmers and craftspeople receive a fair price for their products is highly regarded by European shoppers. But even for Americans who do know it, the fair-trade logo speaks to a product’s virtue but says nothing about its quality. In its early days, taste was not on the agenda. “You would buy fair-trade coffee proudly,” Daniel says wryly, “but you wouldn’t drink it.”

So while the project was born of Daniel’s mission to help farmers around the world, he says the way to sell it stateside is to emphasize a more traditional characteristic: its high quality, good enough to land it in some of New York’s pickiest drink dens, including the bars at Daniel, Blue Hill, Barbuto, Gramercy Tavern, Cookshop and DBGB, to name only a few.

The vodka’s production method may surprise people who have downed a few too many booze ads. In an industry that insists that it takes multiple distillings to produce a clean taste, Fair Trade Spirits distills its vodka only once. Granted, making a smooth spirit from a single distilling is a tricky task, but its sole trip through the still allows the vodka to retain the distinct taste and aroma of the nutty grain from which it’s made. “Wheat is easy to distill,” Daniel says, “but it’s boring. It has no terroir.” (That’s why he only uses it as a neutral base for liqueurs.) Quinoa, on the other hand, is tricky even to ferment, let alone to distill. But the unique flavor profile it imparts to the vodka—and the company’s broader goals—have won over many of New York’s savviest drink slingers.

“As soon as he described the project and what was behind it, I thought ‘Wow, this is great,’” says Pascaline Lepeltier, wine director at Rouge Tomate, an upscale eco eatery on East 60th Street just off Central Park, which uses the vodka in many of its mixed drinks. The restaurant’s values-driven sourcing meant Lepeltier immediately understood the company’s fair-trade story, but the product’s credentials wouldn’t have gotten it in the door if she hadn’t also liked the taste. “We are very picky about our vodka,” she says seriously. “This vodka has weight, and a very nice texture. It’s smooth and round, so it can handle a lot.” One of her favorite uses: a pomegranate martini, which includes pomegranate juice, clementine-infused FAIR Vodka and agave. Lepeltier was one of the first people Daniel pitched when he brought the FAIR line to New York a year and a half ago and she was instantly impressed. “It’s great to see someone who is thinking this way,” she says. His experience in the Cognac trade means he knows every last detail of her business—which some of the other sustainable startup marketing reps who approach her do not. “You want people who can explain why they do it, how they do it, why it’s at that price point and how you can use it best,” she explains. “Jean-François is very good.”

Rick Hickman, beverage director for eco-caterer the Cleaver Co., based in Chelsea Market, says the global justice mission was what first interested him and that he was taken with the beautiful, subtle vodka at first sip. He also uses the liqueur in a “Goji Royale,” a popular twist on a classic Kir, and says customers find the Fair Trade story, and the spirits themselves, highly palatable.

Fatty Crab’s beverage director, Adam Schuman, is happy to have found the vodka, “The fact that the company’s mission is in line with the restaurant’s is an extra bonus.” FAIR products share the restaurant’s core values of sustainability, organic and fair-trade practices, he says—and now his vodka is as virtuous as the rest of the menu. Cookshop’s head bartender, Marcello Butron, echoes that, saying he carries all three FAIR products in no small part because the company’s ethics are so appealing. He recommends enjoying the quinoa vodka straight, but he’s also working it into a Ginger Smash cocktail, and swaps the Goji berry liqueur in for a Cosmopolitan’s traditional cranberry. WD50 bar manager Kevin Denton enjoys telling customers the story behind what he’s pouring. “FAIR is a great producer,” he raves—“really enlightened about the market and what they are able to do that actually provides benefit to farm cooperatives.”

But as much as those efforts resonate with Denton, he cautions that the company has a tough row to hoe: “[Fair Trade Spirits] will have a difficult time gaining a foothold in the mass market because they don’t have the budgets of the big guys. The vodka game is truly all about marketing.”

Daniel, who left the Cognac industry because he felt he was just feeding an unjust food system, is now proud of what he’s peddling. “Our overall pitch,” he says, “is that we offer luxury, not bling or social status. We offer craftsmanship, savoir faire and a passion to make a difference.” As a fair-trade buyer, he’s already making a difference—paying farmers about 10 times what they’d get for their products on the global commodity market—but he’s hoping for even better: to have roughly $10 from each $35 bottle go to the farmers. To achieve that, he needs the economies of scale that only growth will produce.

Which drives him, on a rainy Friday night in October, to Winfield-Flynn Wines and Spirits in Murray Hill, where he tries to persuade shoppers (most of whom have come in for a bottle of wine to have with dinner) to try a sip of quinoa vodka, or perhaps of liqueur. “Look, quinoa vodka,” says one passerby, stopping briefly. “Making a health pitch,” quipped her cynical companion, as they walked on. It’s not easy to get people who come in thinking wine to turn their attention to spirits. Many decline his offer entirely, and those who do take a taste, though they seem to enjoy it, soon go back to browsing the wines.

But Daniel perseveres, making full use of his abundant Gallic charm. His eloquent hands do half the talking, and the French accent doesn’t hurt either. “Does the single distilling make it stronger?” asks one Hispanic customer. “Not stronger, but more flavorful,” answers Daniel, before pointing out that the quinoa comes from South America. “Where are you from?” he asks another customer. “Italy? My neighbor!” He sniffs the liqueurs appreciatively before pouring them. “Straight from the farm,” he says. “Fair-trade certified.”“What’s that?” ask a few customers, and he explains, gesturing at his laptop, which plays a slideshow of farmer photos. Then it’s back to the quality pitch: “Created from scratch. Crafted in Cognac.”

After an evening on his feet, he’s sold seven bottles of vodka. Which may not sound like much, but Nina Hegel, the store’s manager, says it’s a good showing for an unfamiliar product on a slow night. FAIR spirits are what she calls a hand-sell—products that need to be explained to customers before they’ll take a chance on a purchase. But the story is convincing, she says, and the taste even more so. “A large percentage of the people who tasted it, bought it.”

Hegel brought the product into the store largely because of the fair-trade story, she says. “We very rarely have anybody come in, especially in spirits, and say, ‘This is why this is important and this is who is benefiting.’” It was a risk; fair trade is less of a selling point to her customers than it was to her. “We have a mixed breed of clientele,” she says, “from old to young, including a lot of tourists. We don’t attract people looking for natural or organic or fair trade.”

But if he’s to reach his ambitious goals, those are precisely the customers Daniel has got to win over. Which probably means a lot more hardworking evenings.