Grist for the Mill 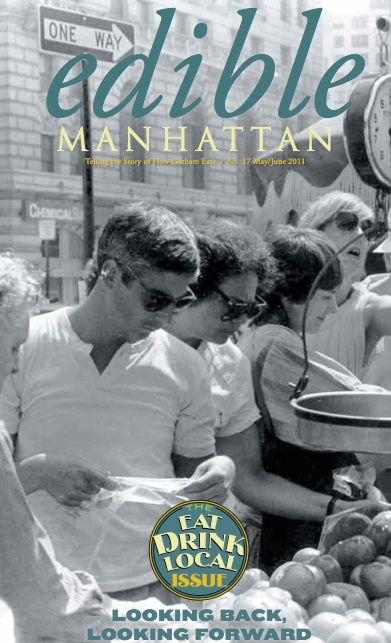 While in the thick of editing this issue—our second annual Eat-Drink-Local edition—I was riding the locavore love when the phone rang and snapped me out of my harvest high. It was Peter Hoffman, calling to say that he had decided to close Savoy.

It wasn’t the fact that we were about to run a feature on the restaurant that sent my mood suddenly south. There was still time to restructure the story as a celebratory look back, and I hope the homage will inspire readers to eat at Savoy while they still can. (It’s open through June 18, and Peter promises to open a new restaurant in the Prince Street space come September. In between, you’ll find me at his Alphabet City restaurant, Back Forty, washing down a grassfed burger with a beer milkshake.)

Rather my reaction was a personal one. Savoy isn’t just one of the pioneering places that set New York on the path to our real-food revolution. It’s also one of my favorite eateries anywhere, as much for the philosophy it fosters as for the food it serves. I gave up vegetarianism in part because of Peter’s beliefs on enlightened omnivory (that first bite was pork cooked by Peter himself—at a killer cookout up at Flying Pigs Farm). And a special Savoy dinner at which Joel Salatin spoke was one of the most inspirational nights I can remember. Savoy has been something of a salon for 21 years, if not the birthplace of New York’s eat-local movement then surely its longtime headquarters.

Thus I think it’s appropriate that I dedicate this issue to Peter. Its pages include stories about his fellow framers of the real-food constitution, like chef Rozanne Gold (widely regarded as the inventor of Hudson River Valley cuisine) and farmer Rick Bishop (whose peerless produce has graced many of Peter’s plates)—as well as a must-read excerpt from a 1977 essay about the Greenmarket’s first year by John McPhee, one of Peter’s favorite writers.

This issue also offers a bumper crop of content about the eat-local movement today, from crop mobs to hops tea to ways we might eat our way out of climate change crisis. I wager that Peter’s been an inspiration to the people on every page.  So join me in raising a glass to one of the most important restaurants in America—and I’ll see you at the cobblestoned corner of Prince and Crosby come September. If Peter’s next act is anything like his first one, we will all be better for it.