Lindblad Expeditions Travels the World, Sourcing Sustainably Along the Way 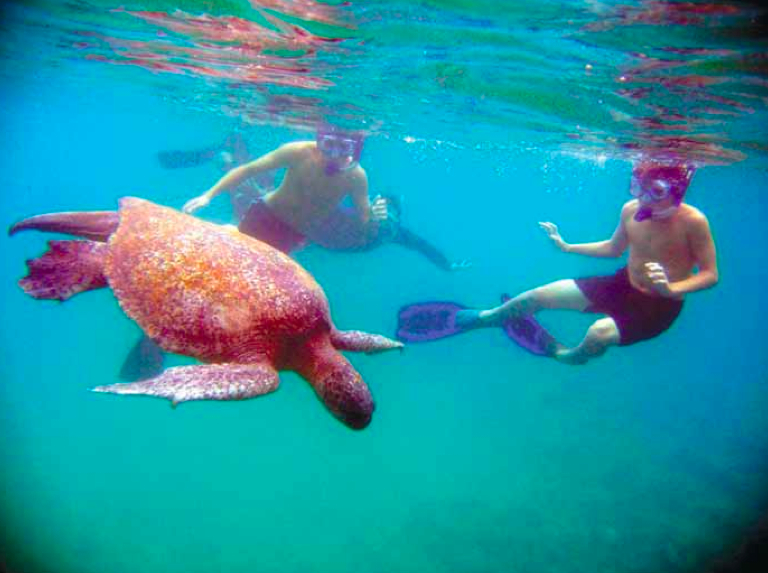 Cruise ships often offer dismal dining options. Sure, there’s banquet food like steak and potatoes for your dad, but nothing for the Michael Pollan acolytes who want to eat at the intersection of gastronomy and ecology. Despite docking in lands offering cultural tongue travel, back on board, most cruise companies serve uninspired fare made from ingredients as industrially abysmal as they come.

But Lindblad Expeditions is not most cruise companies.

The Manhattan-headquartered adventure outfit partners with National Geographic to produce the kinds of experiences you read about in those pages—think kayaking past last month’s cover shot at Puerto Egas in the Galápagos, listening to the songs of the gray whales in San Ignacio Lagoon in Baja, sailing up the Mekong past Vietnamese rice paddies and fish farms, learning how fishermen in Ghana repair their nets, exploring the headwaters of the Amazon or counting polar bears and walrus in the icy Arctic.

The expedition enterprise has joined forces with equally esteemed eco-eating experts to procure food fitting for such enlightened experiences. In 2007, they made a solemn vow: to ensure that every single ingredient they serve is sustainable. To achieve this, they worked closely with brain trusts Blue Ocean Institute and Chefs Collaborative to develop serious sourcing standards for the ships’ menus, including systems for the ships to buy local—wherever they go.

Executive chef Gary Jenanyan, formerly of Robert Mondavi Winery, directs individual crews to shop at local markets everywhere they dock. Naturally, that means a lot of seafood. “We literally went out and talked with [local fishermen] divers,” says chef Jenanyan of the early years, when they explained they wanted the smaller fish that are crazily abundant, rather than the rare, prized, big-game specimens like tuna and swordfish. “They really thought we were crazy,” he laughs. As a result, menus now feature hours-old palometa and wahoo. Visitors to Alaska sup on spectacular wild salmon, Galápagos-goers dig into dorado and the Costa Rica clientele savor pescado encocado (fish stew) made only from species the Blue Ocean Institute has green-lighted. Like any land-based farm-to-table restaurant, the kitchen crew must cook on their toes; menus are rarely predictable, always inspired by the latest local harvest. And each ship’s dining room features a detailed sourcing menu and a program to compost all scraps.

But not all the expeditions are on the seven seas. Domestic packages include tours of Oregon and Washington, along the Columbia and Snake Rivers. Like Lindblad’s voyages abroad, they’re nature-centric, but in the Pacific Northwest that includes a century-old farm with views of Mt. Hood, as well as vineyard visits and craft-beer tasting led by beer journalist John Holl. (Other food experts who have regaled guests include Darrel Corti, a contributing editor to Saveur magazine, and Jesse Cool, the sustainability advocate and chef that Mark Zuckerburg appointed to advise his infamous “eat what you kill” diet.)

Speaking of meat, on the Columbia River trip, Dad will even get his steak—grassfed, of course, from the Country Natural Beef co-op in Washington, with a side of Oregon-grown heirloom potatoes.