A beekeeper visits the installation twice daily to make sure the swarm is happy. 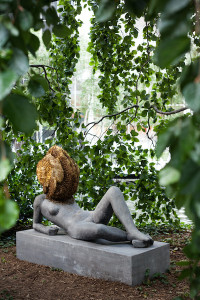 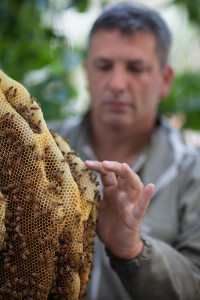 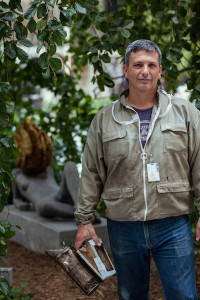 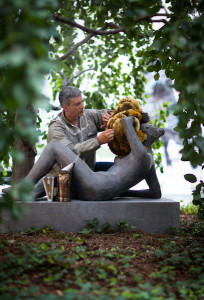 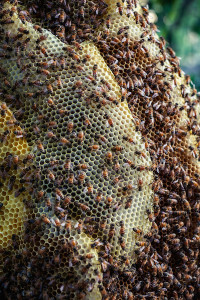 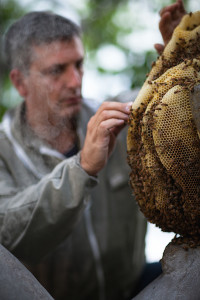 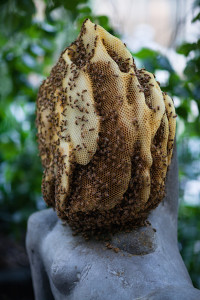 This summer, art came alive at the MoMA — literally. In the museum’s first installation incorporating living creatures, its sculpture garden has doubled as a home for some 75,000 docile Italian honeybees. Pierre Huyghe’s Untilled (Liegender Frauenakt) featured a concrete cast of a reclining nude woman by Swiss sculptor Max Weber, with one notable change: Her face was covered by a massive beehive.

Huyghe is known for introducing unpredictable biological elements in his installations; Untilled originally appeared at the German art exhibit dOCUMENTA (13), alongside a pink-legged dog named Human and a psychotropic plant garden. Over the course of the installation, the hive population grew and shrank by about 30,000 bees, mirroring a broader seasonal trend.

Beekeeper Andrew Coté visits the installation twice daily to make sure the bees are happy. He also inspects the hive for the peanut-shape swarm cells that warn of overcrowding. The evening I visited, he sustained a few stings (“I probably deserved that!”) as he cleaned and inspected the hive; as of press time, museum visitors had remained unstung. Not for lack of risky behavior — evading the guard, one imprudent student from Iowa poked the hive, while a curious German tourist stepped over the line in an attempt to determine if the bees were real (they were).

The MoMA bees came from a swarm in Crown Heights. Before arriving at MoMA, Coté travelled back and forth to Connecticut, coaxing them into building their hive on the sculpture. Once they did, they were escorted to the museum before dawn one morning, on the back of Coté’s pickup truck. He has no plans to harvest honey from this hive, but he’s built additional hives on top of MoMA. This year for the first time you’ll be able to buy rooftop honey flavored with sculpture garden nectar (or better yet, taste it in cocktails at The Modern).

Reasonably happy though the bees may be, a pressing question hangs in the balance: Did the bees enjoy MoMA’s Summergarden music series?