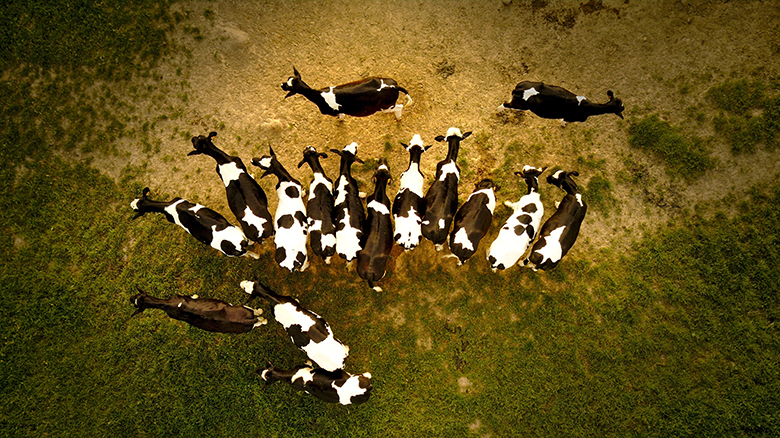 New York State Assemblymember Didi Barrett is championing regenerative farming legislation and other efforts to get carbon out of the atmosphere and put it in the soil, “where it does really great things,” she says. Photo courtesy of Unsplash/Emiel Molenaar

“I have been very interested in and supportive of agriculture as an economic driver but also a force for sustainability,” says New York State Assemblymember Didi Barrett, who represents parts of Dutchess and Columbia counties, where small farms—many of which feed the residents of New York City—abound.

After she heard farmer and Hudson Carbon director Ben Dobson speak several years ago, Assemblymember Barrett started to dig into what many see as the most compelling way to both help farmers and address climate change: carbon farming.

“We started working on how to make this into policies and to see if we could get New York to lead with this carrot-rather-than-stick approach to getting carbon out of the atmosphere and putting it in the soil, where it does really great things,” she said.

Read more: How Are New York’s Organic and Grassfed Farmers Faring Amid a Devestating Dairy Crisis?

In April, a carbon farming pilot program she proposed was allocated $400,000 as part of the fiscal year 2019–2020 state budget, alongside $200,000 to the New York Soil Health (NYSH) initiative and $4.5 million to the Climate Resilient Farming program. Earlier this year, Assemblymember Barrett also introduced legislation that would establish a tax credit for farmers who sequester carbon in their soil.

Increased attention to the issue is not unique to New York. At a time when the Trump administration is attacking climate science and rolling back environmental policies, many states are taking the lead on implementing policies to mitigate climate change. And programs that support building the health of agricultural soils to sequester carbon are being introduced across the country. Seven states have already passed legislation, and the organization Soil4Climate tracks more than a dozen others that have laws pending or currently being drafted.

“Carbon farming” is a loosely defined term that basically refers to farming that minimizes greenhouse gas emissions while also building soil health to capture and hold carbon, taking it out of the atmosphere. Practices that help do that include reducing tillage, using crop rotations, planting cover crops in the fall and winter, and utilizing compost and other soil amendments. Many farmers using these practices are also using organic methods because they’re concerned about the impact of chemical pesticides and fertilizers on the soil, but conventional farmers do also engage in these practices. Regenerative agriculture also overlaps with carbon farming—healthy soil that traps carbon is a mainstay of the approach—but it may also include additional elements, like animal or worker welfare.

Proponents of the methods say that while environmental and agriculture programs are often pitted against each other, building soil health is uniquely beneficial on both sides, since healthier soils benefit farmers by offering resilience to flooding and drought and producing higher yields.

“Of course I’m really biased, but New York is definitely at the forefront of this,” said David W. Wolfe, a Cornell professor who co-directs the NYSH initiative.”We have farmer leaders who have been working on this since before we were even using the term soil health.” Wolfe said that many of the state’s farmers have been looking at ways to address the degradation of soil for a long time, but that the formation of NYSH in 2017 marked the first time many of the stakeholders were brought together on the issue, with significant state support. “The range of organizations and number of farmers has really grown,” he said.

Earlier this year, the initiative produced the first New York Soil Health Roadmap, which offers a comprehensive look at work that’s being done in the state, the benefits of soil health for both farmers and the climate, and goals and priorities for the future.

It also identifies challenges, like the cost to farmers of adopting new practices, how to measure carbon sequestration and how research has focused on the conventional corn-soybean systems that dominate the Midwest, which often isn’t helpful to New York’s smaller, diversified vegetable farms and dairies.

Assemblymember Barrett said those challenges are exactly why a pilot program is important—to start to gather information on what will work for the state’s farmers. While details on what it will look like are just starting to be hammered out, all of these initiatives seem to be moving forward with a sense of urgency that’s often missing in government. “I want to make sure the things we love and cherish about this region are the pieces that sustain us into the future,” said Assemblymember Barrett, “so we’re not plowing our farmland into parking lots and shopping malls.” And the stakes for the planet, of course, extend well beyond.