We sat down with journalist, cookbook author and one of our favorite flexitarians Mark Bittman to discuss his broader vision and what we can do locally and nationally to make a change. 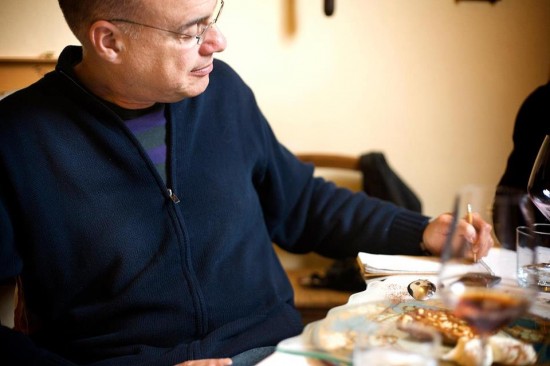 Edible Institute is only a month away, and we’re getting excited for a lineup of panels and discussions with some of the food and drink world’s most important influencers. We sat down with journalist, cookbook author and one of our favorite flexitarians Mark Bittman to discuss his broader vision and what we can do locally and beyond to make a change.

Mark will be kicking off this year’s Edible Institute with his keynote, “Whither the food movement?”

Edible Manhattan: What will you be speaking about at Edible Institute?
Mark Bittman: I’m one of the few people that get to think about food in a very general way. I’m not an agronomist, I’m not an economist, I’m not a farmer — I’m not an expert on any one thing. I’m a generalist, so I’ll ask, generally: what do we want, and how should we go about getting it?

EM: Where is the food movement headed?
MB: We’re not a movement yet. The civil rights movement, the women’s rights movement — those were movements. Most people I talk to sound fatalistic — they think we’re all doomed. And this could be true, but it could also not be true. We’ve made progress. Think about it: Edible has been around for only a few years, but it’s growing so fast. Now every town has people who are writing about food beyond restaurants and cooking.

EM: So you think change has been positive?
MB: There’s been more change in the right direction than in the wrong direction, but it’s not black and white, and not all change is either good or bad. For example, is it beneficial if Michelle Obama promotes the fact that Wal-Mart is selling more whole grains foods? I don’t have the answers to questions like these.

EM: What can we do to make a change?
MB: Agriculture and climate change are important food issues. And it doesn’t really matter whether we improve agriculture for selfish or altruistic reasons — for our own benefit or for the world and the next generation, we have to improve it. Climate change is already having an enormous impact, and it will get worse. So fix things for yourselves or for your children — either way, fix them.

We need to limit CAFOs — or put video cameras in them — and stop the use of antibiotics. If we take antibiotics out of production, CAFOs would need to be cleaner, and we would by default be raising fewer animals. In general, we need to cut back on eating animal products as a whole. Vegetarians have an ugly little secret: they need animals too. They need chickens for eggs and cows for milk, and as long as we’re dependent on these products, CAFOs will still exist. I’m not against vegetarianism; I’m just saying we should cut back on non-meat animal products as well.

EM: What can we do locally?
MB: Pass a soda tax. It solves a lot of problems at once, or it might. Or make it so that soda can’t be sold to minors, or label soda with a cigarette-like warning, like they’re proposing in California. We can also bring better food to schools and push healthy food until kids grow up with it. If the first time they go into school, the lunch is rice and beans with an apple and water, they’ll think that that’s what school food is. But if we give them chicken fingers on Monday, pizza on Tuesday and rice and beans on Wednesday, they’re going to resist eating the rice and beans.

EM: What topic stands out to you as powerful?
MB: Labor is now on the agenda, and it wasn’t two years ago. The fact that food workers are paid subminimum wage is a real issue. In our country, humane treatment of animals was discussed well before humane treatment of humans. Kudos to the so-called “food movement” for finally recognizing that humans are a part of this food chain, too.