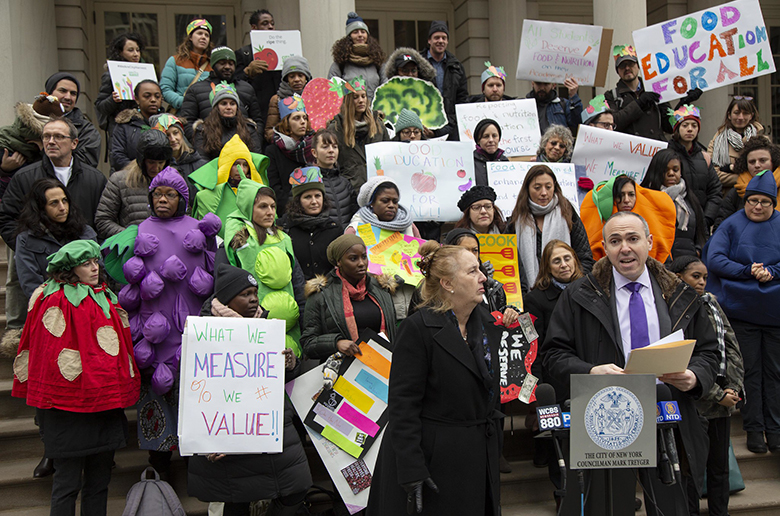 Calling the Trump administration’s “Draconian” efforts to roll back the SNAP benefits for which 1.6 million New Yorkers are currently eligible “a complete disgrace,” City Council Speaker Corey Johnson shared his vision for creating a more just food system August 1 at P.S. 89 in Brooklyn.

His 56-page agenda, titled “Growing Food Equity in New York City,” outlines a series of measures the Council will aim to support in order to amp up healthy food access to the city’s most vulnerable residents: children, the elderly, college students, working adults living paycheck to paycheck, and communities of color.

It’s #farmersmarketweek ! We hosted our first Greenmarket in 1976—now we have nearly 50 of them throughout NYC. Here are happy market shoppers at GrowNYC’s Poe Park Greenmarket in the Bronx.

The agenda’s list of prerogatives includes expanding funding for Health Bucks, which helps SNAP recipients purchase fresh local produce from farmers markets; increasing SNAP eligibility for CUNY students—over 20 percent of whom are food insecure—and streamlining the application process for senior citizens; funding upgrades for school cafeterias so they can be used to prepare scratch-cooked meals for students; and codifying the Good Food Purchasing Program that determines parameters for the 2.2 million meals a day procured by city agencies.

The agenda also gives a big nod to the comprehensive agriculture plan introduced by Council Member Rafaél Espinal (Brooklyn, District 37) in July and still awaiting a vote. Calling New York’s 600 community gardens, its farms, and other green spaces a “natural and impactful way to mitigate climate change,” as well as an important means of generating food in low-income communities, Johnson advocated for considering legislation on just such a plan, as well as for creating a dedicated office to coordinate and prioritize it. 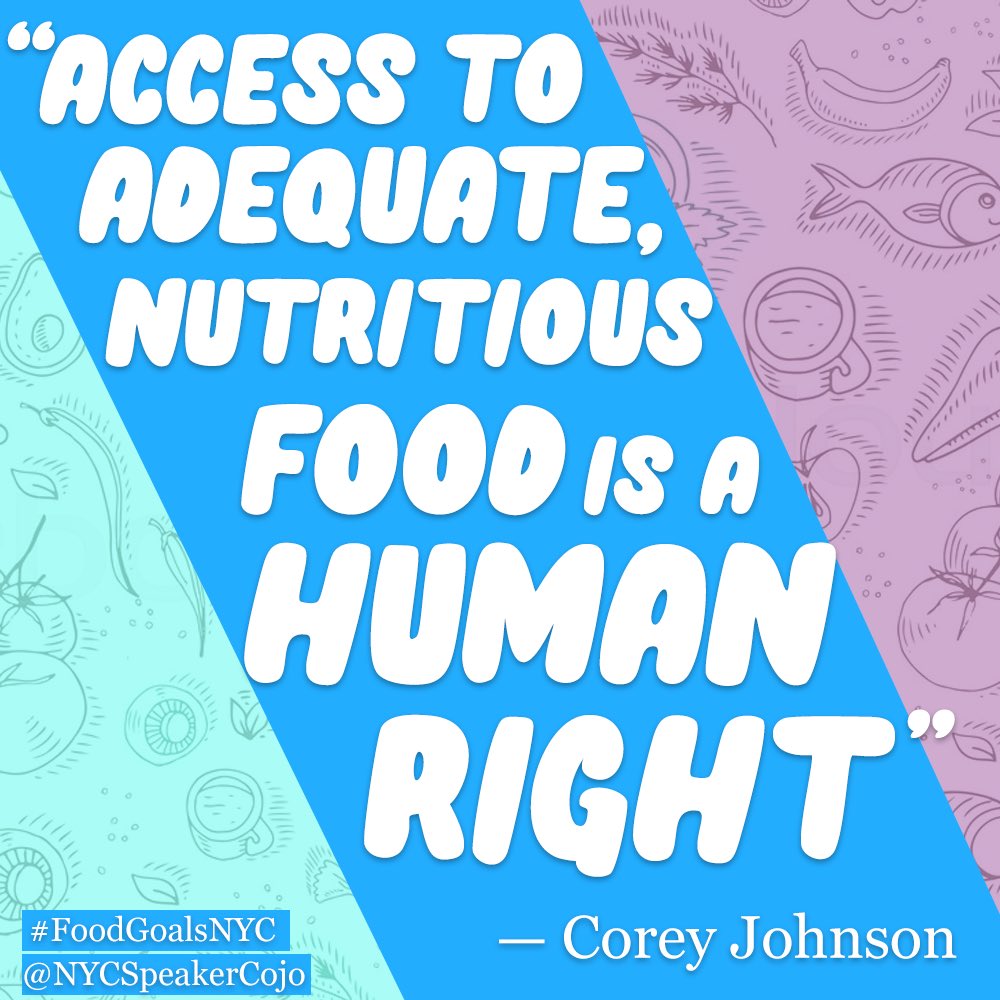 Other matters of agricultural importance called out by the Speaker include reclassifying community gardens to make them less vulnerable to potential development; “making it easier for community gardeners to earn income from produce grown,” according to the agenda; and improving agricultural education for both kids and adults.

On the heels of Johnson’s address, council members whose bills informed pieces of the new plan applauded its focus and scope. Vanessa Gibson (Bronx, District 16) called the package of food initiatives, to which she contributed proposed legislation to expand the Office of Food Policy, “historic.”

Adrienne Adams (Queens, District 28), who has advocated for increasing awareness of and access to Health Bucks, reiterated that, “access to healthy food should not be determined by income.”

And Espinal expressed enthusiasm for the momentum building around closing the “freshness gap” and supporting New Yorkers’ right “to eat well”—as well as for the  Speaker’s commitment to take his agriculture plan to its next logical step by increasing support for urban farms.

Concluded Johnson in summarizing the import of his agenda, “Food is power. And we want it in the hands of our communities.”