Naked Juice has pledged to donate 500,000 pounds of produce to Wholesome Wave. 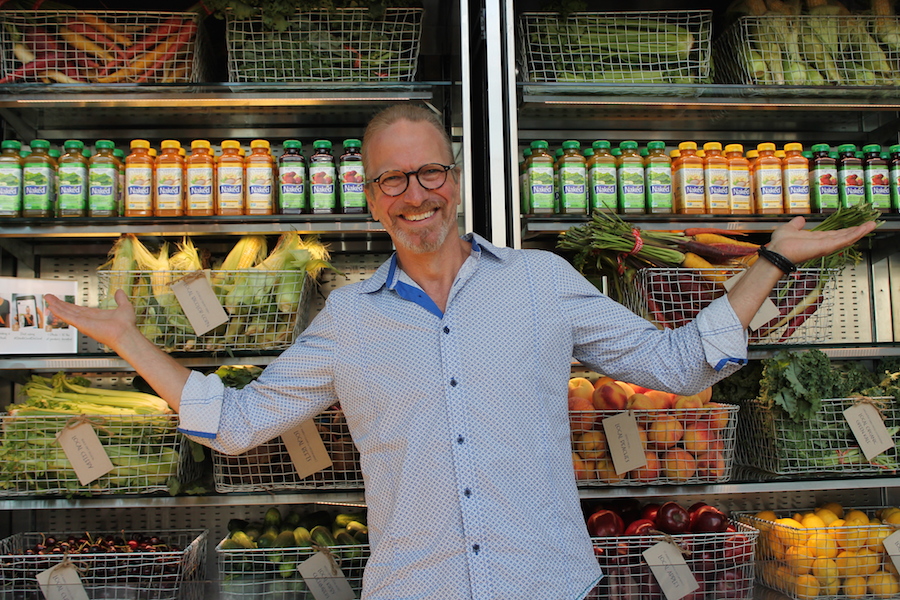 The James Beard Foundation named Michel their Humanitarian of the Year.

For the third consecutive year, Naked Juice has partnered with nonprofit organization Wholesome Wave to deliver fresh fruits and vegetables to their designated food desert areas. Michel Nischan, CEO and co-founder of Wholesome Wave, and Adrian Grenier, best known for his leading role on the HBO series Entourage and as the Drive Me Crazy heartthrob, may seem like an unlikely duo, but the native New Yorker (Grenier) and James Beard Winner (Nischan) are collaborating as the co-ambassadors of the “Drink Good Do Good” campaign. 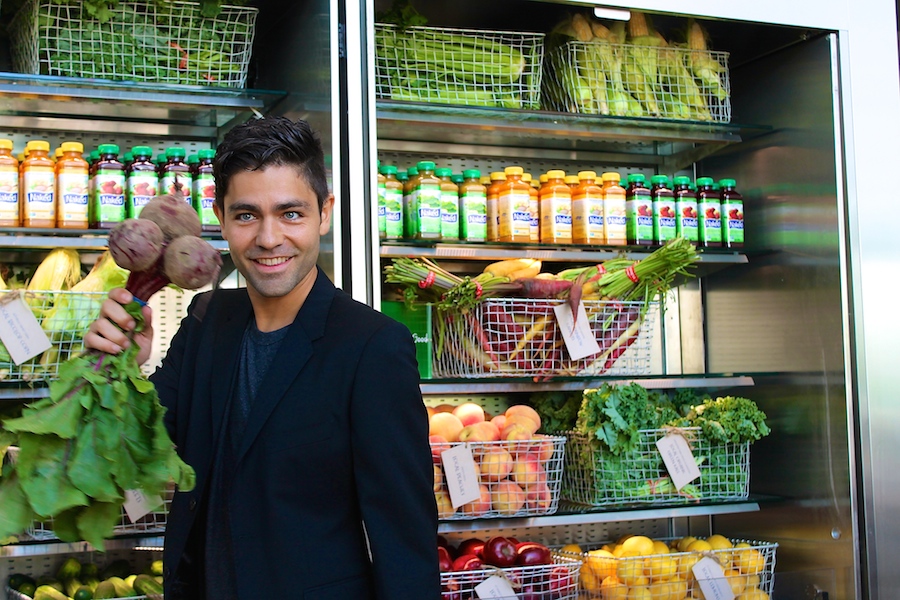 Grenier grew up in Brooklyn.

Naked Juice has pledged to donate 500,000 pounds of produce to Wholesome Wave, which will then disseminate the fruits and vegetables to underserved communities in its National Nutrition Incentive Network.

The 2014 Farm Bill awarded Wholesome Wave a $3.77 million grant from the United States Department of Agriculture to benefit and expand their nutrition incentive programs. Drink Good, Do Good is part of Wholesome Wave’s 2-for-1 incentive initiative, which doubles the amount of fruits and vegetables that customers receive when they purchase produce using their SNAP (formally known as food stamps) benefits.

Nischan is encouraged by the progress of the program. “By doubling the value of food assistance, we’re seeing a demand for fresh fruits and vegetables,” he said.

Naked Juice has pledged to donate 500,000 pounds of produce via Wholesome Wave and they’re is relying on social media to spread the word and move the campaign forward. For every person that takes a photo of themselves with a fruit or vegetable, tags a friend and uses the hash tag #drinkgooddogood, Naked Juice will contribute 10 pounds of produce.

Right now they are at 30 percent of their goal, so there is still a long way to go. You can help by posting a photo of yourself, and encouraging your friends to do the same.