He and other food-world bigwigs are throwing their weight behind the massive problem. 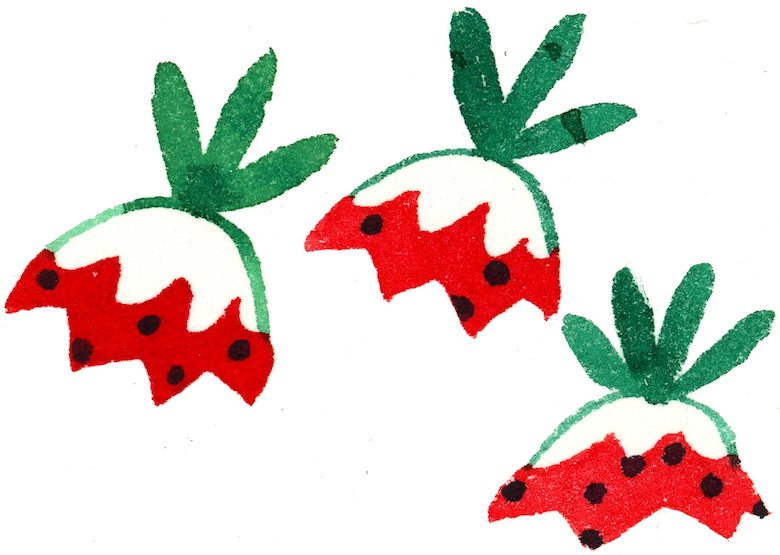 Thankfully, chefs still won’t shut up about the larger problems that plague the food world. The latest endeavor? A collaboration between Anthony Bourdain, Zero Point Zero Productions and The Rockefeller Foundation that will result in WASTED! The Story of Food Waste, a documentary that the creators hope will bring the food waste discussion to a wider audience.

Massimo Botura (Osteria Francescana), Dan Barber (Blue Hill at Stone Barns) and Danny Bowien (Mission Chinese Food) will all be profiled in the film, giving it culinary cachet. Their participation is key, according to Bourdain: “Chefs have been at the cutting edge of efforts to contend responsibly with the problem of food waste, perhaps because they, more than others, are painfully aware of the egregious volume of perfectly usable, nutritious food that could otherwise feed people in need, being thrown out in our restaurants.”

This documentary in particular might be poised to engage the masses, as the Zero Point Zero team is behind Bourdain’s TV shows as well as PBS’s The Mind of a Chef.  Co-directors Nari Kye and Anna Chai have won an Emmy for the latter, and we spoke to Kye about her hopes for the film and what she’s learned about food waste so far.

Edible Manhattan: Why did you decide now’s the time to make this documentary?
Nari Kye: The issue has been floating around. I work at Zero Point Zero. We have been a production company for over ten years, and we’ve worked with Anthony Bourdain for that and then some. The founders of the company, Chris Collins and Lydia Tenaglia, have known Tony for almost 15 years now, I think, and they’ve worked with him on all his programming. Right now, we’re producing Parts Unknown for Anthony Bourdain and we also do shows like Mind of a Chef and other food- and travel-minded programming.

So working in that kind of area, we started talking about food waste late last year—it was circling around the office. It kind of worked out where I heard about the YieldWise Initiative that Rockefeller was doing and we were like, “You know what, let’s collaborate and do something that could be really impactful.”

For us, spreading the awareness of food waste and the scale of it is our biggest focus, and I think with Rockefeller and all the resources that they have and Zero Point Zero with our history, we’re a perfect match to take on this kind of project.

We’re really excited to work with such different chefs from all over the world and not just chefs, but with organizations and schools and companies and countries, even, who are taking really bold steps to make reductions in the food waste landscape globally.

The conversation started organically within Zero Point Zero and then we, like I said, reached out to partner with Rockefeller, who have been doing amazing work for over 100 years, so it’s just it was a great balance and the right relationship, I think.

EM: Those of us who work in food, we feel like we’ve been talking about food waste kind of breathlessly. What is this movie bringing that’s new to the conversation?
NK: With this film, we’re hoping to reach a much bigger and global audience, targeting people across America in all different backgrounds—from young to old from rich to poor. We’re trying to reach as many people as possible to spread awareness.

According to Bourdain: “Chefs have been at the cutting edge of efforts to contend responsibly with the problem of food waste, perhaps because they, more than others, are painfully aware of the egregious volume of perfectly usable, nutritious food that could otherwise feed people in need, being thrown out in our restaurants.”

As filmmakers, we want to do it in a way that is both entertaining and also spread certain facts and statistics about this dire problem. But also show everyday people that they can make a difference, which I think is the hardest struggle as a filmmaker and for people who work in social-awareness documentaries: It’s effective when you scare people and do some kind of fear-mongering; it does have a lasting impact. However, our film is different in that we’re trying to show people the positive ways that people are already doing this and how people themselves after watching it can do various things in their lives to reduce food waste.

So I think the biggest difference is that we are trying to reach the biggest audience possible, which is why we’re not focusing on chefs but different organizations and companies and people who are doing very different things.

EM: What has been the most surprising fact about food waste that you’ve learned so far?
NK: I think the most surprising fact is how many people just don’t know that it’s a problem. Even talking to some of my peers in New York City, it’s kind of staggering how people just don’t know that it’s a problem, and it is such a colossal problem. If you crunched the numbers, a third of the food that we produce is basically “goodbye.” You just tell a simple fact like that to people and their jaws drop, so that personally has been the most surprising thing.

Of course, as soon as I started doing research for the documentary it was very clear that people out there are already doing such incredible things, and I think with each story that we’ve heard and all the people that we’ve met through this project, it’s been empowering for us as filmmakers to see that there is so much positive change happening. I see the contrast between how much people don’t know and hopefully how much people will learn after watching this.