Its name means “player,” and it wants to center the food of Andhra Pradesh. 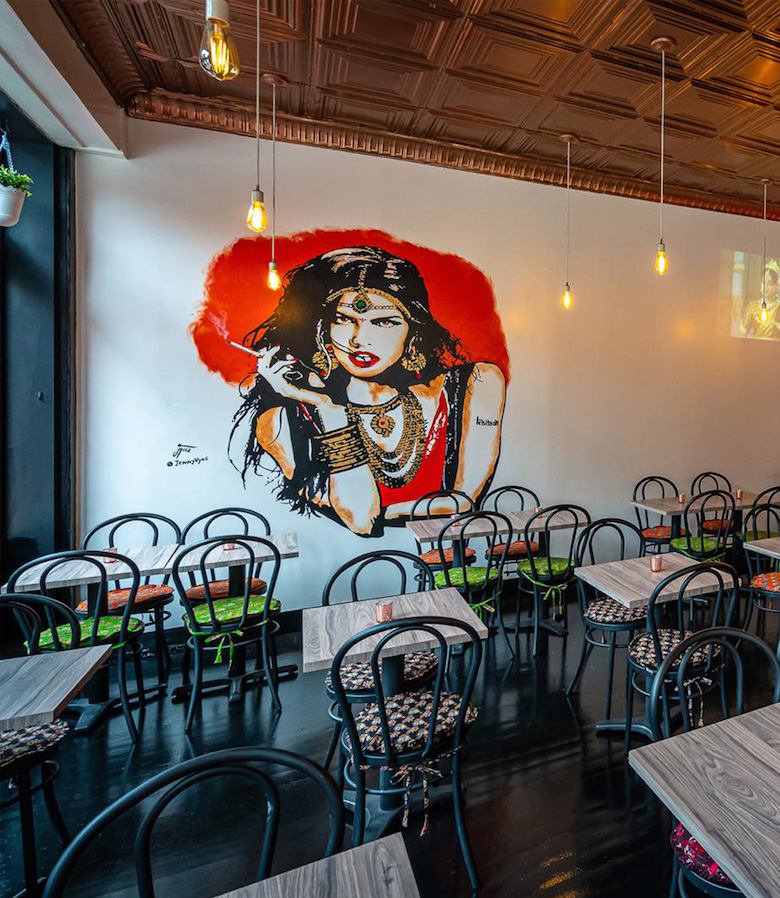 The inside of Khiladi in the East Village. Photo courtesy Khiladi.

One night, on her way back from her favorite jazz bar Rue B., aspiring restaurateur Sruthi (Ramya) Chowdary spotted a corner storefront for lease. As a frequent habitué of the East Village, she knew the spot was perfect. Her new restaurant, Khiladi, bills itself as an unconventional Indian restaurant—a natural fit for a neighborhood that prides itself on being anything but conventional.

As Chowdary explains, most Indian restaurants in the U.S. serve northern Indian cuisine, while southern Indian dishes like those from her home state of Andhra Pradesh have missed the worldwide recognition they deserve. Khiladi was born from her desire to introduce more people to southern Indian food, served with her flair for fun, nostalgic presentation. The menu incorporates versions of the meals and after-school snacks Chowdary ate growing up, alongside traditional street foods from Andhra Pradesh.

Highlights among the small plates include idly nuggets—pillow-y cakes made from lentil batter with crackly cumin, coriander, and curry leaves, and just-spicy-enough Mirapakay Bajji—shishito peppers fried in masala batter. For something more substantial, Khiladi also does an idly poutine topped with ground beef, curry, and cheese, and classic southern-style dosas filled with beef, lamb, or fluffy golden potatoes. If you still crave old favorites, the menu offers a “Traditional Indian” section, with saag paneer and “Of Course! Tikka Masala.” For dessert, try an ice-cream sandwich made India’s beloved Parle-G biscuits.

Once Khiladi gets its liquor licence, Chowdary will serve bottomless mimosas alongside a brunch menu featuring egg dishes and thali curry samplers. Brunch seems like a natural fit for the cheerful space, decorated with bright chair covers Chowdary’s mother sent over from India and a mural by artist Jenny Vyas. Chowdary’s always loved to host people, she says. At Khiladi, she hopes to welcome everyone—from brunch-goers in pajamas to couples seeking romantic dinners—into one East Village space.