Print Serves Up Indelible Eats in an Unlikely Locale

Everyone thought Adam Block was nuts to open an ambitious eatery on far West 48th between 11th Avenue and the West Side Highway, also know as nowheresville. 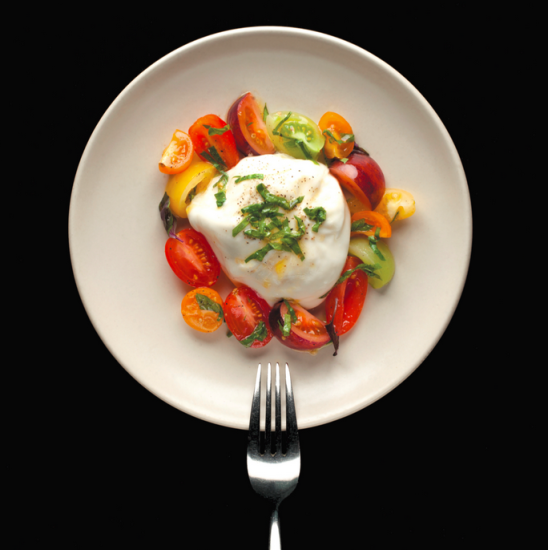 Everyone thought Adam Block was nuts to open an ambitious eatery on far West 48th between 11th Avenue and the West Side Highway, also know as nowheresville. And not just any restaurant: the kind with such seriously stalwart sourcing that it would have its own on-staff, full-time forager.

His timing could hardly have been worse. The high-minded restaurant opened in 2008, post-market crash, precisely when no one was forking over dollars for risky restaurant projects (or forking into fancy dinners). Perhaps Block’s own block needed examining. But the space — a former print factory—gave him a vision and, like Ray Kinsella in Field of Dreams, he felt in his bones that if he built it, they would come.

Nearly four years later, they do. Print is not dead. In fact, on an average Tuesday, the dining room is packed. Block, it would seem, knew just what he was doing. Which isn’t surprising when you consider that he’s been in the business for 25 years.

“I think about Zuni [Café],” he said recently. “That was not a great neighborhood to be in 20 years ago. It was [San Francisco’s] Hell’s Kitchen!”

Zuni’s creator, the recently deceased Judy Rogers, was one of the first clients Block took on after establishing his West Coastbased restaurant consulting business, Block & Associates, in 1987. While he humbly tags his success to a right-place, right-time happenstance, Block’s keen sensibilities are hardly happy accidents, which is why he’s become trusted adviser for more than a thousand houses of restaurant royalty, the likes of Lady Waters, Lord Trotter and King Keller. What he learned from their celebration of ingredients, though, rooted deep.

“I love how Judy kept that ideal, that vision and philosophy, alive,” he says. “And it’s living past her and bigger than her.” 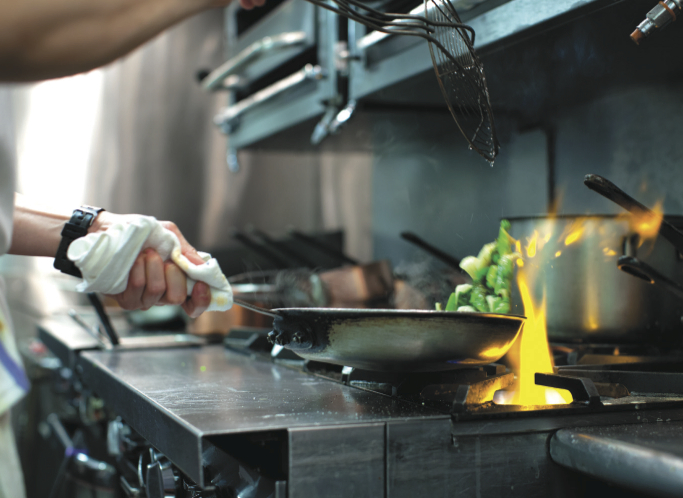 Including on the plates here at Print: intensely colored produce; meat raised with integrity and rife with fleshy flavor; sparkling fish procured from the person who caught it himself; even herbs and vegetables raised on the roof in a repurposed swimming pool. At its base — three feet, six inches deep (as the old pool markings still read) — stands a table for private dining, surrounded by cedar boxes growing stalks, tendrils and flowers: an edible oasis high above the Midtown concrete.

The sprawling, weaving, multi-floor kitchens include an in-house butcher, baker and, yes, butter maker, plus reverse-osmosis water purification and carbonation systems serving tap in pretty glass bottles — but lack the hot tension some kitchens exude like steam from a pot. Executive chef Charles Rodriguez and staff forager Meghan Boledovich (whose scours the Greenmarkets and area farms for the most inspiring harvests) put heads, almost literally, together in an eensie office barely big enough for one desk, much less two.

In this small room like a plug-tray for starting seeds, bigger ideas grow. Boledovich, for example, has been studying Amy Stewart’s book The Drunken Botanist. 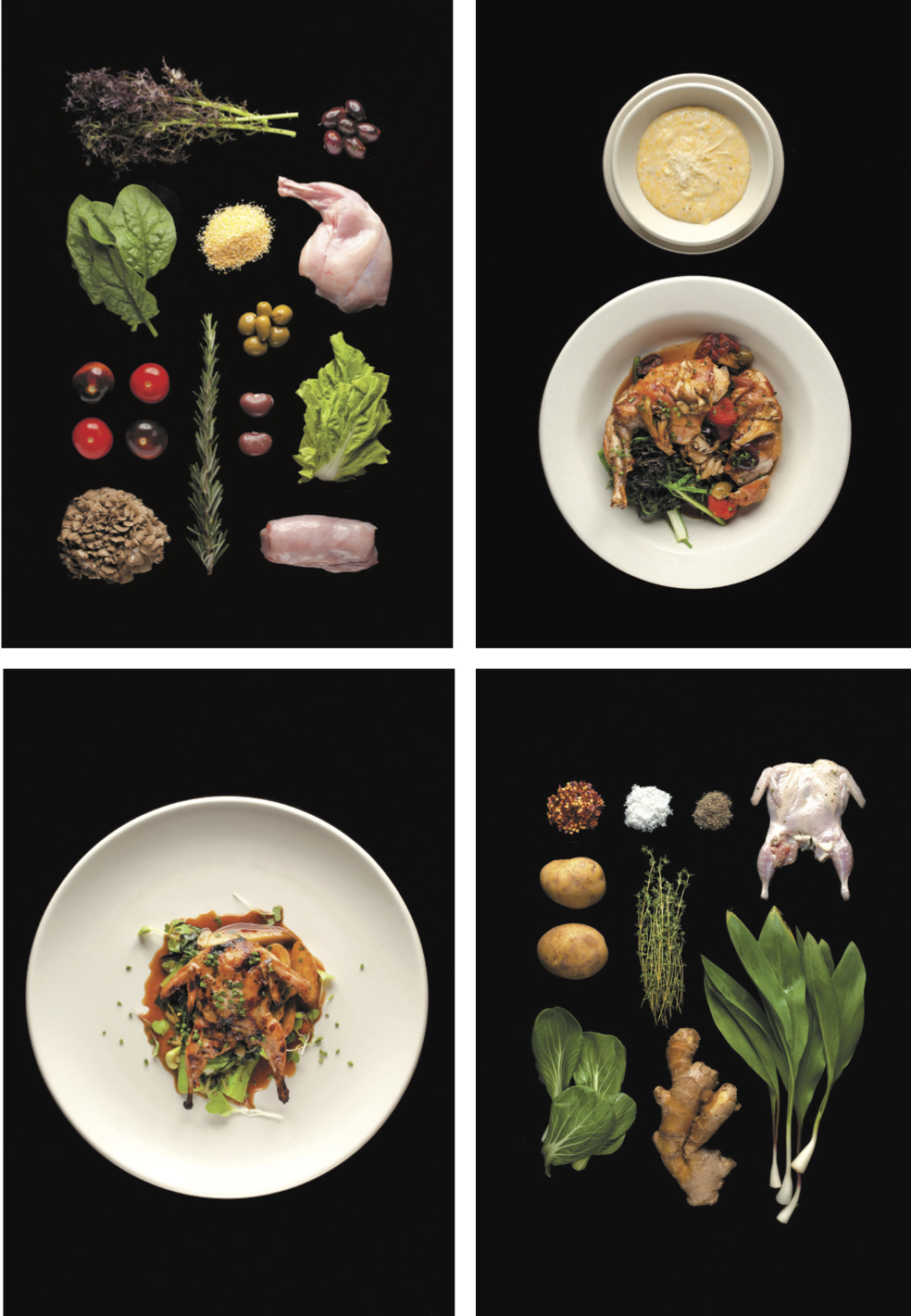 “I’m really excited about putting even more of our herbs and produce into our cocktails,” she says of upping the ag-ante in drinks — like Print’s take on a Pimm’s Cup with anise hyssop from the rooftop garden accenting Vermont’s Bar Hill gin, all stirred with a yellow-cucumber garnish. Order one in the Press Lounge, a 365-day-a-year roof deck respite with killer views and New York wine on tap.

Boledovich isn’t just a buyer. She spends an inordinate amount of time on dogged research: working the phones or hitting the highway to find small producers to partner with, like Saxelby alum Jon Bonanno, who makes gorgeous ash-rind goat cheese at his Arattom Dairy; and Cheryl Rogowski, a third-generation Hudson Valley farmer pushing for a new small-farm sustainability certification. 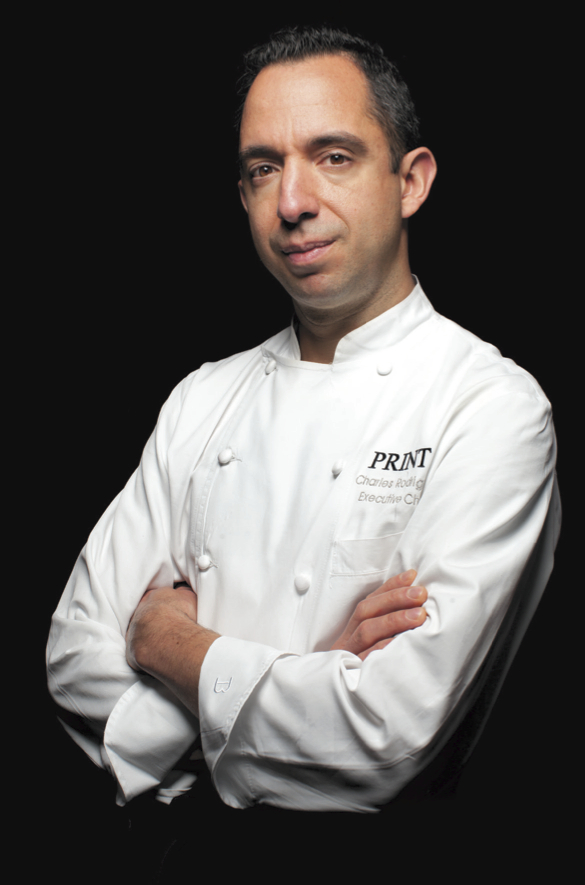 Making a splash. Chef Rodriguez’s produce is so fresh, some is even raised in the repurposed rooftop pool.

Here in the city, Boledovich often rides a big four-wheel bike on a procuring prowl to multiple Greenmarkets in search of “unique things that we can’t find from a distributor” like peppercress, agretti, minutina, purslane and red orchid chicory, which Rodriguez will serve, fresh and tousled, atop a dish of fluke crudo or simply, in all its Technicolor glory, as a stand-out salad.

Rodriguez — who grew up in the Dominican Republic with a backyard of fresh-for-the-plucking mangoes and papaya, not to mention rabbits, chickens and ducks — cut his culinary teeth under trailblazing locavore Bill Telepan at the Judson Grill over a decade ago, so he’s accustomed to menu-writing around what’s ripest. While that menu can change by the day, certain flagship dishes evolve, as the chef swaps out components like a wardrobe change on a catwalk. These dishes are less about magical science tricks than a careful balance of flavor; an artfully strummed chord instead of culinary bombast.

No wonder the room is packed.

“I just believed that if you do something well, people will eventually come,” says Block. Turns out he wasn’t nuts after all. 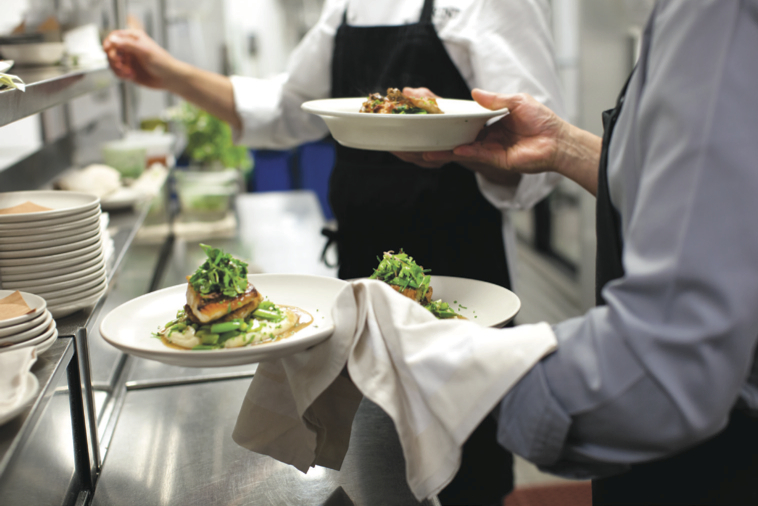 Boledovich explains her favorite garden-to-glass cocktail ingredients, and teaches us how to make vermouth, here.