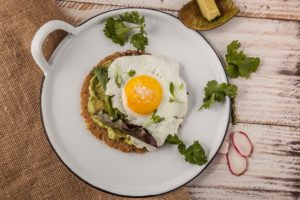 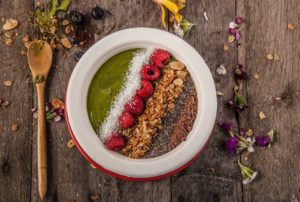 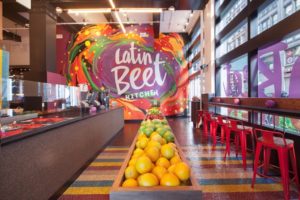 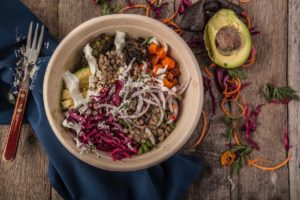 Healthy’s the word of the year. Raymi, a Peruvian kitchen and pisco bar in Flatiron, was there first. And now, under the same roof, the Colombians brothers have opened the Latin Beet Kitchen occupying the store front. And although the menus share many similarities, the energetic Latin Beet Kitchen presents a fast casual kind of healthy, nourishing order-at-the-counter affair—done with lavish colors and perfect smiles. Oh, and then there is that healthier option brunch cocktail: a beet infused Bloody Mary floating around the menu.

The menu is a inimitable feast for just about anyone. Highlights (not entirely unlike those at Sweetgreen and Dig Inn) include customizable grain bowls—choose your own base (quinoa, brown rice, zucchini noodles or kale) add your choice of protein (meat, chicken, salmon, lentils or eggs) and then the fun begins. You now have a choice of roasted vegetables (from sweet potatoes all the way to charred broccoli) and an array of toppings (of which cabbage slaw and crunchy quinoa hit that exact spot). Lastly you have to make a sauce decision—ranges from spicy, to avocado loving or even a yogurt Huacatay. You could come back 100 times and have a new motley every time.

“Reality always pushes us to be creative,” says Latin Beet Kitchen owner Roger Torres. “In New York City, the restaurant industry is not only highly competitive, but also the rules of the game keep changing due to higher rents, more regulation and overall higher costs which force us to be creative and find new ways to increase our revenue to stay in business.” And so they decided to operate two restaurants, two different brands, two concepts and two distinct voices in the one space, giving them what Torres calls “flexibility to reach and talk to more customers.”

“We found a need to have a Latino inspired restaurant that was nutritious, healthy and delicious,” says Torres. “We believe that restaurants and chefs have a social responsibility with customers and this is why we care so much about the quality of the ingredients that we use and how our food is prepared: we believe in using organic, local and seasonal produce and humanely raised proteins.” But for them it was, actually, quite simple in the end: eating this way made the brothers feel good (and excited) and thus they simply wanted to share it with their customers.

Peruvian cuisine, and its many detours (already passé in the haute cuisine world), are entering the popular realm and eaters are responding with keenness. “I am always amazed with Peruvian cuisine because of its huge diversity; the native, Japanese, Chinese and Spanish influences in addition to its biodiversity, sea, mountains and jungle,” Torres adds. And so it would make sense that a second location is already in the works for next year, all due to the popular responses coming from patrons.

Asking Torres how he enjoys the family aspect he says “I love it. We complement each other.  I am not going to deny that sometimes it is difficult because we have our differences in many topics but at the end what keep us together is the family, brotherhood and passion for what we do which unify us in one common goal.”