After a 4-Month Closure, Agern Reopens in Grand Central Terminal

Helmed by Claus Meyer, co-founder of the famed Noma, it promised to be the jewel in Meyer’s New Nordic experience. 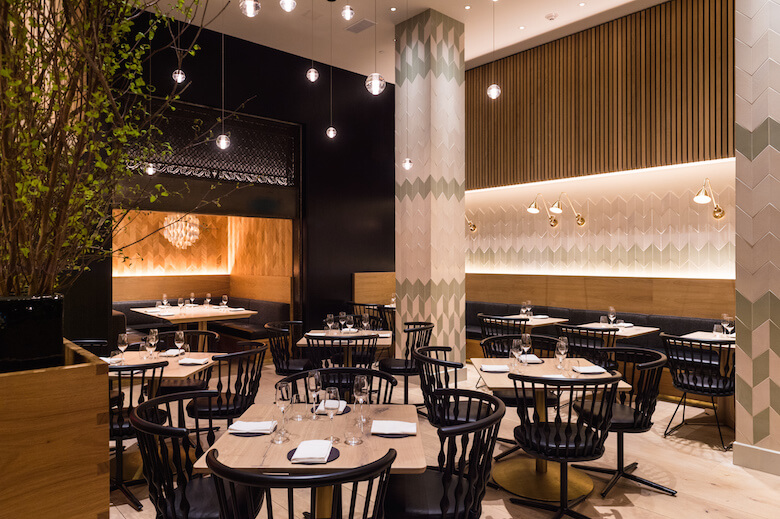 You can experience this space once again. Photo by Evan Sung.

Agern, the much-hyped, seasonally driven Nordic restaurant that shuttered in March owing to a flood, reopened on July 19. This ambitious restaurant, located in Grand Central, was in a honeymoon phase with diners and critics alike, accumulating praise and positive reviews, when extensive water damage forced the four-month closure.

The food world was atwitter when Agern first opened; helmed by Claus Meyer, owner of the famed Noma, it promised to be the jewel in Meyer’s New Nordic experience, giving diners an upscale companion to the Food Hall in NYC’s commuter hub.

The restored interior belies the chaos that ensued from the flood; soothing tones and clean lines envelop guests in a modern Nordic sensibility. Original ironwork nods to the space’s history as a commuter waiting room, giving the room a uniquely New York twist.

Oenophiles, rejoice: The wine room remained intact and the thoughtful selection of American wines, curated by beverage director Chad Walsh, are ready to be drunk. Even better, allocated bottles of special cuvées, many of which have already been consumed at other restaurants, are sitting pretty on the wine list.

Through the generosity of the New York City hospitality industry, staff members took on positions in other restaurants during the closure but have returned to the refurbished restaurant. General manager Katie Bell expresses how the sense of community among the team gives a fresh energy to the space and Agern is ready to once again bring its unique culinary voice to the New York dining scene.