A Dinner Menu Inspired by a Whiskey Flavor Wheel

Woodford Reserve hosted a group of top New York bartenders for a three-course dinner and cocktail pairing at Lexington Brass. 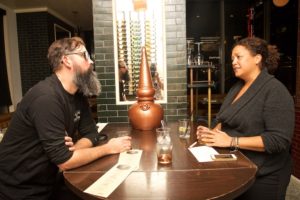 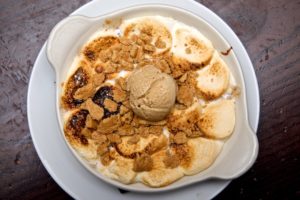 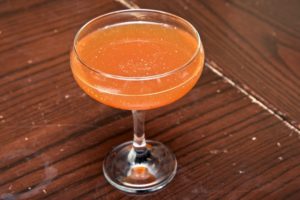 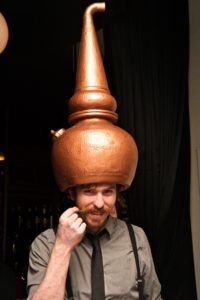 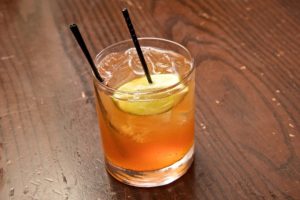 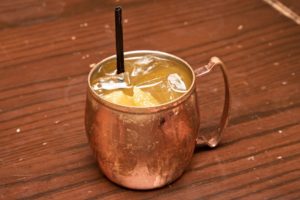 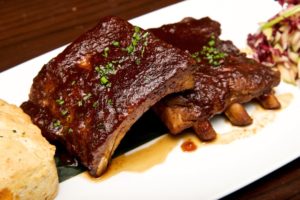 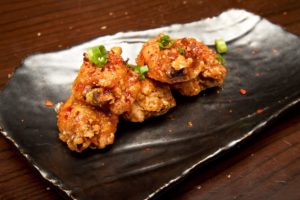 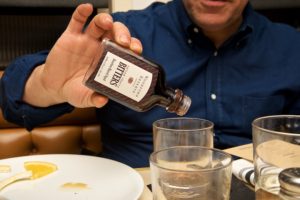 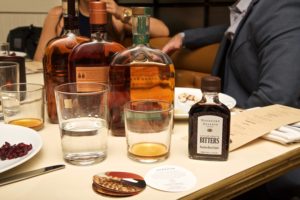 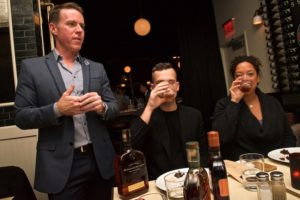 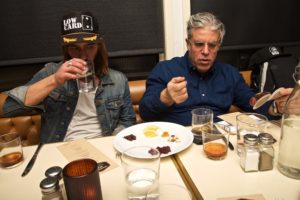 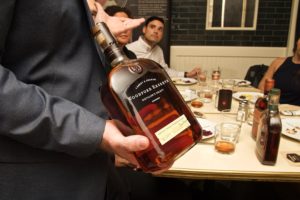 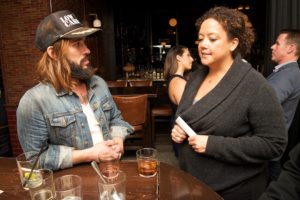 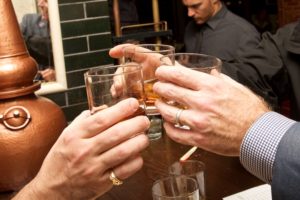 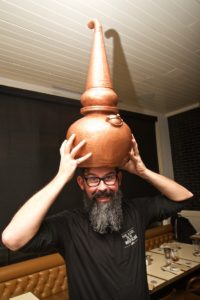 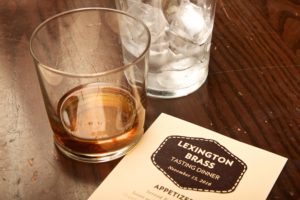 For their final tasting event before the Bartender Symposium at the Culinary Institute of America, Woodford Reserve hosted a group of top New York bartenders for a three-course dinner and cocktail pairing at Lexington Brass in Midtown. Just like at the prior dinners at Sons of Essex and Jue Lan, each dish was developed to pair with a Woodford Reserve–based cocktail made specifically for that dish.

Walter Easterbrook, Woodford Reserve’s New York brand ambassador, returned to guide the dinner guests through Woodford’s Flavor Wheel with a tasting of their three whiskeys with one-note flavor pairings. The bartenders sampled Woodford Distiller Select bourbon, Double Oaked bourbon and Rye whiskeys with a plated arrangement of  hazelnuts, craisins, dark chocolate, sorghum syrup and cheese. This exercise served to highlight just a few of Woodford Reserve’s 200+ different flavor notes, each of which can be used to create unique and inventive cocktails and food pairings.

Like the Jue Lan dinner, the menu at Lexington Brass aimed to highlight a similar blend of sweetness and spice but through the lens of Southern cooking and barbecue.

The appetizer course featured sweet and hot chicken lollipop made with organic chicken wings, a soy mirin glaze, Fresno chile and scallions paired with a “Dirty Bastard,” or a straightforward cocktail made with Distiller Select, ginger beer and lime. The spice in the Woodford served to highlight the spice in the chicken (and vice versa) without overwhelming the sweetness of the mirin glaze.

The main course of Lancaster Baby Back Ribs (made with a smoky barbecue sauce and served with upstate apple slaw and a cheddar biscuit) paired nicely with the second cocktail the “Kentucky River Otter.” Made with Woodford Straight Rye, pineapple Demerara, Aperol and lime, the relative sweetness of the Woodford Rye complemented the smokiness of the ribs. At this point, a well-placed bottle of Woodford Reserve Bourbon Barrel-aged Spiced Cherry Bitters found its way around the table with a few dashes ending up in some of the cocktails, adding some additional fruit and spice to the pairing.

A “Molten S’mores” dish with warm chocolate ganache, toasted marshmallows, cookie crumble and burnt marshmallow ice cream was served for dessert alongside the “Scofflaw” made with Woodford Rye, Dolan Dry Vermouth, fresh lemon, housemade grenadine and orange bitters. Once again, the cacao in the chocolate ganache and the spice notes in the Woodford Rye served to support and highlight each other, closing out the meal on a complex but sweet note.