So, What Are You Pouring at #BrooklynUncorked, Southhold Farm + Cellar?

Brooklyn Uncorked is an amazing celebration of this spirit and the talent, and Southold Farm + Cellar will be there for the first time pouring out their wine (and, well, to be all sticky-shmoopy about it, their heart). 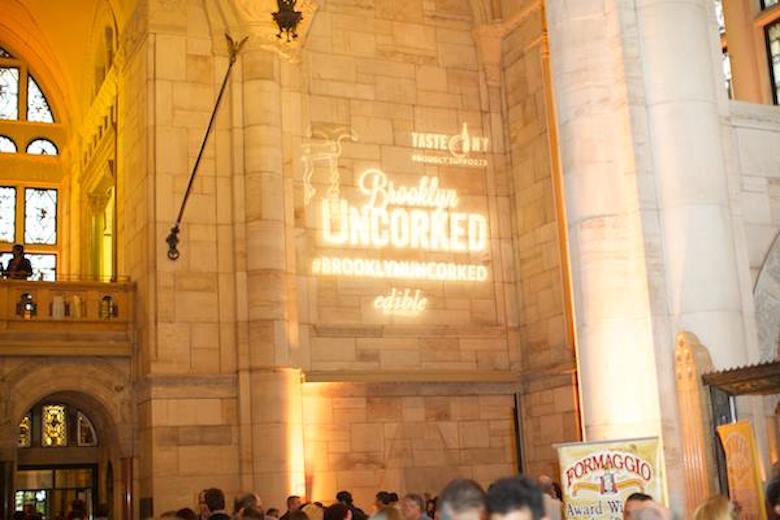 I’m really stoked that winemakers like Regan Meador are on Long Island because, frankly, the dude’s got chutzpah. I’m not sure if that’s how they’d put it in Texas where he’s from, but I know it when I see it. It’s what Louisa Hargrave had; it’s what Kip Bedell had; it’s what Russell Hearn had; it’s what Roz Baiz had. It’s what anyone who decides to stick a rootstock in the ground and take on the intensely difficult rollercoaster ride of grape growing and/or winemaking. Brooklyn Uncorked is an amazing celebration of this spirit and the talent, and Meador will be there for the first time pouring out his wine (and, well, to be all sticky-shmoopy about it, his heart). We thought, in honor of his inaugural attendance, he’d have some interesting things to say on the topic, and he did.

Edible Manhattan: Southold Farm + Cellar is probably the newest winery to open on Long Island, correct? When did you get things off the ground and what brought you to eastern Long Island?
Regan Meador: Holy moly. First answer is yes, as far as I know. Carey [Meador] is originally from Cutchogue, so we spent plenty of time out here before deciding to jump into the wine business. I moved out here originally in 2011 with the intention of just working a year or so, then maybe going back to Texas or the West Coast. The longer we stayed out here, the more opportunity we saw, a few serendipitous things happened with being in the right place at the right time. We found this beat up old falling down house with land attached and finally thought, Huh, we could do this. So we’ve spent the last two years planting vineyards, making wine and gut renovating a house and tasting barn ourselves.

EM: You cut your teeth at Osprey’s Dominion, right?
RM: Yes, I also worked a vintage with Eric [Fry] at Lenz. To get to watch how each run their wineries first hand has been a huge help with the learning curve.

EM: I hear you’re planting some unusual grape varietals — whatcha got in the ground?
RM: First block was planted last year and is made up of a few acres of lagrein and teroldego, with a couple of acres of syrah and an acre of goldmuskateller to total about nine acres. Already starting to think about the second block, but we’re keeping that under wraps for now.

EM: So you have been buying fruit for your initial releases until your grapes are ready to go, right?
RM: Right now, the fruit comes from Rex Farr, who is the only certified organic and fully biodynamic grower out here. We’re the first to release wines from his vineyard. The chardonnay comes from Steve Mudd’s main vineyard which is over 30 years old.

EM: Why’d you pick those grapes to work with initially?
RM: It was picking the vineyards. Rex Farr is the only certified organic grower out here, he’s also biodynamic and he’s absolutely crazy and awesome. You’d have to be crazy to grow how he is and we wanted to make sure the wines carried his place and his personality. He’s on the forefront, and we wanted these wines to join him there. Steve Mudd needs no explanation, but an old vine musque clone chardonnay is not a tough sell. Bring on the funk!

EM: Texas has its own burgeoning wine industry — what’s different about Texas terroir and New York terroir? What have you learned about growing wine grapes here?
RM: Both places certainly aren’t for the faint of heart. We get hurricanes, they get frosts and hail after budbreak. I think exciting things are yet to come for both places, it just takes folks asking questions and following it up with action.

EM: What will you be pouring at Brooklyn Uncorked?
RM: Right now it looks like our The Devil’s Advocate, which is our old vine chardonnay. When we decided to make a chardonnay, we figured instead of trying to follow the stainless steel trends that we’d take another look at barrel fermentation. We left the grapes on the skins and let it ferment naturally for over four months in barrels, four times larger than normal. It’s a cool little wine, a bit cloudy because we only put it through a coarse filter, very little SO2, and the musque clone brings all sorts of funk which I think plays well here. Second is Damn The Torpedoes, which is our sparkling red — our LI ode to lambrusco — but on the dry side. Our goal here was to make a wine that you can drink during a warm summer night with that steak. It’s a combination of merlot, petit verdot and pinot noir, which already has people scratching their heads, but I’m pretty sure once you have a sip you’ll get it. We’ve heard of people decanting it too; it definitely changes as you drink through a bottle. It’s a fun wine that may even age, we shall see! And the last, which is a big maybe as we only made 112 cases, is Cast Your Fate to the Wind. It’s a cabernet franc that we did 60% whole cluster, which means we just tossed the grapes and stems in a bin. From there we let it naturally start fermenting outside and didn’t start foot stomping until a week or so in. It’s definitely made with Loire Valley or even Beaujolais Cru on the mind, rather than Bordeaux. Much lighter on its feet on the palate, but definitely packs a punch visually and on the nose. Maybe we’ll keep a couple bottles behind the table for those reading this and wanting to try.

EM: Do you have a tasting room? Where are your wines sold?
RM: Yes, we have a barn in our backyard/vineyard that will be our tasting room, opening mid-June. We also sell everything on our website right now.

EM: Fair enough! Long Island has a solid 40-plus years rooted into the wine industry now — the once young guns are the old timers. What’s it like being the new kid on the block?
RM: Great and not so great. We definitely ruffled some feathers with our take on merlot and chardonnay. At the same time, we’ve had so much help from some of those “old timers.” Eric has been a huge help. Adam [Suprenant of Osprey’s Dominion and Coffee Pot Cellars] gave me my start. Greg Gove, Steve Mudd, so many, so willing to impart their knowledge. It’s cool to think about the fact that what we’re doing here wouldn’t be possible without standing on the shoulders of what these folks have built. There is also an awesome community of young winemakers out here too who are just as willing to share. We’ve learned a lot from Anthony Nappa [of Anthony Nappa Wines, the Winemaker Studio, and currently winemaker for Raphael Vineyard] and Kelly Urbanik [winemaker for Macari] and have benefitted most from their friendship. It really is a goal to do whatever we can to help whoever comes behind us; we would love to see this area dotted with 30 more Kip Bedells.

EM: What’s the hardest thing about making wine? What’s the best thing?
RM: The hardest thing, easily, is trusting in yourself and the decisions you’ve made. It’s so easy to second guess things or make rash judgments. This is all about the long game. We get to watch our little girl grow up around something we’re building with our own hands.

EM: What do you want sippers at Brooklyn Uncorked to walk away from your table understanding about you and Southold Farm + Cellar?
RM: Just know that our hearts are in every thing we’re pouring.