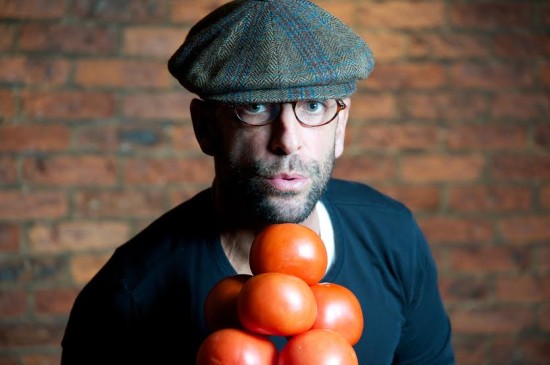 Vic Rallo is a friendly guy. He loves Italian food, he loves Italian wine even more, and he loves sharing his passion for them with anyone who will listen. So it’s no surprise, then, that he’s teaching a seminar on wine selection at the final stop of this year’s Slow Wine U.S. Tour, in New York City’s Metropolitan Pavilion on February 3.

Rallo, who owns two Italian restaurants in New Jersey — Basil T’s Brewery and Italian Grill and Undici Taverna Rustica — both of which have won the Wine Spectator Award of Excellence multiple times, and who also owns Rallo Wines, an online retailer which deals exclusively in Italian wines, makes several trips to Italy each year to tape his PBS series Eat! Drink! Italy! and has amassed a considerable amount of knowledge about Italian wine.

To him, the Slow Wine movement is a natural extension of his belief in small producers. “I think [the movement] is important because as with Slow Food, really the concentration is on quality,” says Rallo. “The heart of Italian food, Italian wine is really the small artisanal producers [where] the businesses have been handed down from generation to generation, where they are still producing the highest quality product that they can do.”

It’s tough, though, for the little guy to target a value-oriented consumer market in the United States, trying to break the mindset of “bargains are best.”

“I think that lovers of great wine should understand that, and they should really hug those people [at Slow Wine] because those are the people that will keep these artisanal small wineries alive,” says Rallo. “We have to support them.”

Still, as anyone who has taken a basic course in economics knows, markets are never static but rather ever shifting. On the producer side, Italian wines have “really come up leaps and bounds” in terms of quality. Rallo believes that the shift in production from quantity to quality happened in the 1970s and 1980s, when wines from the New World were starting to become popular.

“I think clearly the world’s appetite for wine has increased drastically in the past 35 to 40 years, and then you [had] to compete with newcomers like California, Australia, Chile, Argentina,” says Rallo. “So the Italians were forced, to be able to compete in a global market selling high-end wine, to increase their quality, or the wines wouldn’t sell.”

On the consumer side, things have been changing as well. “You know, just last year, the USA became the world’s largest consumer of wine,” says Rallo. This has borne out at his restaurants, where he has observed sales of hard alcohol declining and sales of wine increasing.

Rallo thinks this is a step in the right direction and finds that people are generally interested in learning more about wine, especially now that there are so many resources at one’s fingertips. “The Internet and social media has allowed anybody to be an expert if they want to be,” he says.

Still, there are a few misconceptions he would like cleared up. The first is what he calls “the white zin craze.”

“I mean, in the summertime, you know, Americans are still confused that rosato is white zinfandel,” says Rallo. “And I’m happy to say that it’s become less and less, but white zinfandel to me is not wine; it’s grape juice or soda or something other. It’s not considered wine. And so, this [past] summer we made a big push with several rosatos by the glass. And they look the same because they’re pink in color, but they finish totally dry.”

More generally, though, he wishes people would stop treating wine like a cocktail. “I think historically, food goes with wine. Wine goes with food. They’re connected at the hip,” says Rallo. And so in Italy, when people drink wine, they’ll have something to nibble on as well. “If I give you a bottle of wine, I don’t want you to drink that bottle of wine sitting with no food, with not a piece of cheese or salami or prosciutto.”

But things are different here. “In America, there’s this conception that wine is a cocktail, and nowhere else in the world is it really a cocktail,” says Rallo. He links this to the recent rise in overall consumption. “We consume more than Italy now, we consume more than France because wine has become a cocktail.”

Part of this may have to do simply with the wines that are popular today. In his restaurants, Rallo sometimes hears customers say emphatically, “I drink California cabernet.” He says, “They don’t know why, they don’t know how, but they drink California cabernet. To me, there’s great producers in California, but a lot of California wines are cocktails, they’re overpowering. They have either very aggressive wood tannins, or they’re overly fruity, and if you serve them with food, they would overpower the food.”

Rallo does have a soft spot for the Old World. He thinks that to really give wines from Italy (or the Old World in general) a fair shake, they need to be paired with food. Why? Because they’re acidic.

In Western cuisine, a well planned meal has three major flavor components that need to be in balance — salt, fat and acidity. Two of the components almost always come from the dish itself (salt and fat). The third, acidity, sometimes needs to come from another source, such as the wine. Having some pappardelle with wild boar? A sangiovese would be a great choice: a Tuscan wine with a Tuscan dish, naturally, and it would cut right through the rich, gamey flavors of the boar.

In other words, without the food, you’re not really doing the wine justice, and vice versa. “Italian wines, French wines, Spanish wines, those wines need to be paired with food because they’re usually aggressively acidic, and they need to be balanced with food to make them whole.”

Still, when Rallo is selecting wines for his restaurants, he is careful not to let his personal preferences dominate the menu. Rallo, together with his brother Robert and Italian wine expert and former professor Anthony Verdoni, taste several thousand bottles of wine every year, and every bottle is a three-step process.

The first step is simply evaluating whether the wine is of good quality. The second step is not, says Rallo, to ask himself “Do I like it?” but rather to ask “Will my customers like it?”

“Of course, everybody has their own personal taste,” he says. “I’d like to say that if we had 100 people in a room, and we had a pot of black coffee with milk, half-and-half, heavy cream, raw sugar, Sweet ‘n’ Low and regular sugar, and everybody had to make a cup of coffee and it couldn’t be black, no cup would be the same because everybody has a personal taste.”

The last step is to evaluate whether the bottle will sell and how best to do it — whether it fills a gap in their list for a specific region, price point or demographic. “If it’s an obscure wine or a different flavor or something that’s unique, then [I ask myself] ‘Can I hand sell that wine? … Is it priced right where I can hand sell it to those people that are Slow Wine movement people or wine geeks, so to say, people that are really interested in the complexities of wine?'”

What is Rallo himself drinking these days, though? For white wine, Rallo looks no further than the northern region of Alto Adige in Italy. He says the white wines from that region exhibit “beautiful fruit, great acidity, great minerality” as a result of “very hot nights, very cool days, long harvests.” He says their wines are great straight out of the bottle, but they also age very well.

In terms of reds, he looks south to Sicily, to the region surrounding the live volcano Mt. Etna, for nerello mascalese, and to Piemonte for barolo. “The king of all wines,” says Rallo. “I’m a big barolo fan.”