Home Is Where You Hang Your Corkscrew 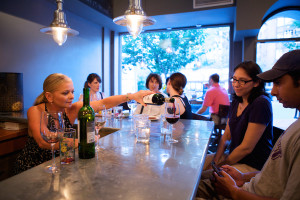 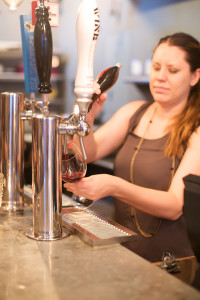 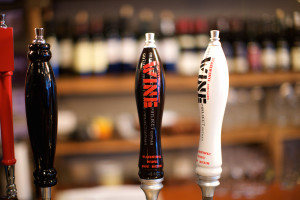 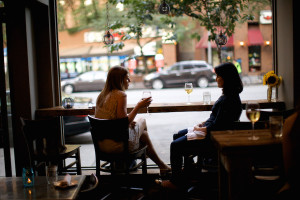 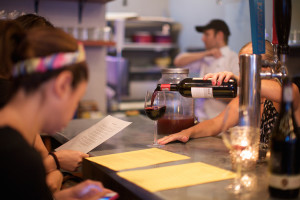 Since March 2011 Kaia has been serving South African wine paired with authentic fare, though you wouldn’t know it from the bare wooden tables and urban-cool brick walls.

“I like the fact that the bar is not decorated like a South African curio shop exploded inside,” says Kaia regular (and South Africa native) Adel Grobler, “but rather a cool, understated, elegant bar. And you could still feel the hominess of South Africa.”

Hominess is exactly what it’s meant to evoke; the name is derived from the Zulu word for home, “eKhaya.”

The 50-selection wine list shows the diversity of the Cape’s grapes—pinot noir, chenin blanc, blends like Iona’s Sophie le Rouge—and regions, from classic spots like Stellenbosch and Constantia to up-and-coming areas like Elgin. Almost all are available by the glass.

“We take most of the tables out to accommodate the [crowd], and chef Ivan [Giani] cooks up a brand new menu using their wines as an ingredient and where the wine comes from as inspiration.” She’s planning a whole week of events organized around South Africa’s Heritage Day, September 24, including visiting winemakers, a street fair and charity fund-raising events.

South African cuisine is a complex mix of black South African, Afrikaner, English and Malay/South Asian influences; fittingly the menu here is inspired by co-owner Suzaan Hauptfleisch’s mother, Elize, and her African nanny, Susan, who was practically family (“Susan raised me and my brother, as well as my father when he was a child, and her mother raised my father’s father, too”).

Hauptfleisch and Giani riff on classic recipes with dishes like an Amarula en kerrie mossel pot (Amarula, a cream liqueur made from the fruit of the African marula tree, and curried mussels) and boerewors en pap (sausages accompanied by a polenta-like porridge). While the preparations are exotic, ingredients are locally sourced whenever possible—as are many of the beers like Kelso’s Nut Brown Ale, in part because South Africa’s growing craft beer scene hasn’t started exporting yet.