If you live by the Kinky Friedman maxim “Beauty is in the eye of the beer holder,” Hospoda is your place. 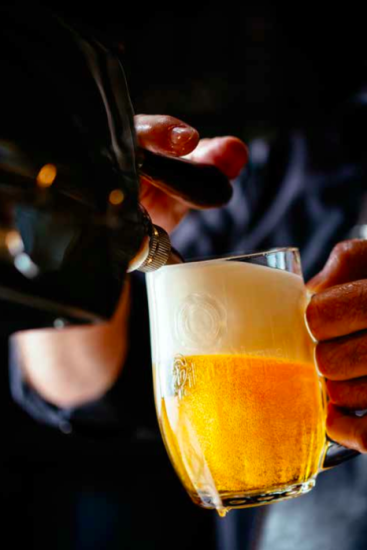 Meaning “of the source” or “fountainhead,” Urquell dates back to the mid-1800s and was the first beer of its style, explains Hospoda manager Steven Rhea. The restaurant honors the beloved beer’s history by keeping it on tap and serving it four ways. The sweet version, mliko, is a delicate, cloud-like beer frothamuse that welcomes guests at dinner. The slice is three-quarters foam. Then, in ascending beer-to-foam ratio, creme Urquell is topped with a classic creamy head of foam. For foamophobes, there’s the unusual neat Urquell, the headless wonder that cuts straight to the chase.

Rhea explains the secret behind the mliko and slice: the restaurant’s adjustable tap, fitted with a microscreen to filter out impurities and goose the beer’s texture. The tap’s fine mesh creates tiny bubbles and complex structure, enhanced by dipping the head of the tap into the beer (Rhea assures us that the taps are kept squeaky clean), resulting in a sliding scale of foam. The wider the tap is open, the less foam there is.

Located on the ground floor of the Bohemian National Hall, which also houses the Czech Consulate, Hospoda opened in 2011 as a gastropub focusing on updated Czech food. The restaurant changed direction in July with the arrival of chef René Stein, who last cooked at Seäsonal in Midtown. Pilsner Urquell diehards don’t fret, though: This is still HQ for all things Urquell and home to perhaps the most beer-based menu in the city. 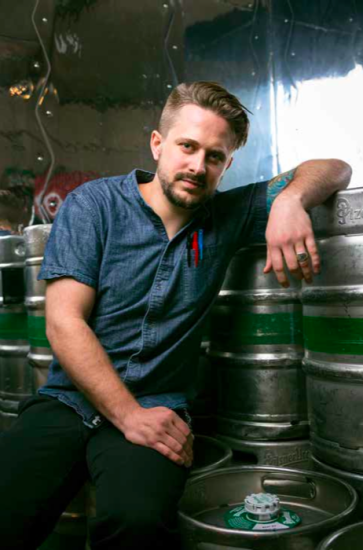 Stein, who grew up in Wetter, Germany, and began cooking as a 15-year-old apprentice, says coming to Hospoda is a welcome chance “to be more creative.” His menu is New American but eclectic—drawing on different cultures and cuisines—and decidedly beer-centric. To usher in the cold weather, Stein devised a seared duck breast dish cooked in a New York beer, Southern Tier Imperial Pumpkin Ale and drizzled with Madras curry jus, in which the pumpkin pie spices heighten the pickled and pureed butternut squash alongside.

Beer sets the tone in his roasted fluke with vanilla-braised leeks, served with a fish and lobster stock simmered with Schneider Aventinus Eisbock, a beer redolent with notes of dried figs and caramel.

Ironically in this Pilsner Urquell palace, domestic beers hold pride of place for both chef and manager. Stein’s favorite beer on the Hospoda menu is actually American, the Allagash White Belgian-style wheat beer. Rhea raves about the Founder’s Breakfast Stout from Michigan, available on tap. It’s especially good, he says, paired with the house “Snickers” dessert made with three types of chocolate, peanut, sea salt, orange and yuzu.

To sum up: If you live by the Kinky Friedman maxim “Beauty is in the eye of the beer holder,” Hospoda is your place.