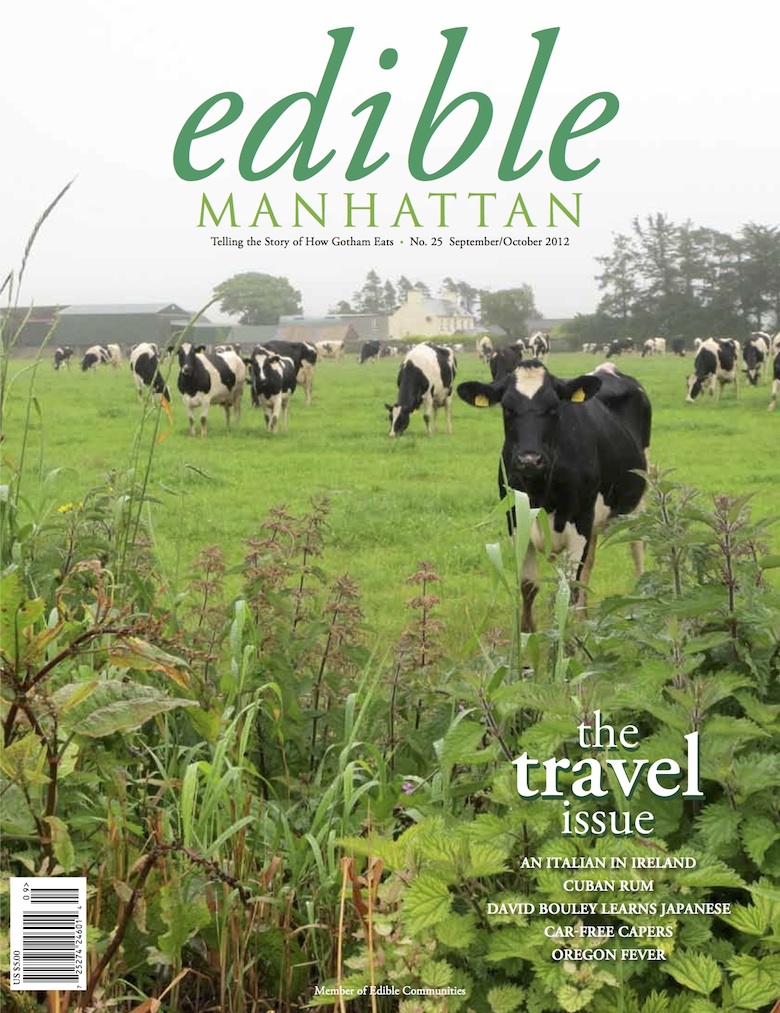 The only acid I’ve been dropping is the kind you find in late-summer tomatoes and early-autumn apples, and my idea of a jam band is the ring around a two-part Ball Jar lid. That said, let me quote the Grateful Dead in noticing what a long, strange trip it’s been.

I’m humming their lyric as I send these pages to the printer, and to you, because this collection of travel stories took me on multiple mental voyages this month—but also because I’m reflecting on the path to this, our 25th issue. Our first four years have been a wonderfully long, sometimes spectacularly strange trip. Thank you for coming along.

As for this milestone issue, we’ve loaded it with literal trips. But while we foray far beyond our foodshed, we packed our taste for traceability, too. That means finding succulent crab, small-batch beer and forest fungi in Oregon, where I was temporarily determined to apply for citizenship. Farther afield, we savor old-world brown bread and grass-fed butter in Ireland, where we visited longtime Manhattan chef Patti Jackson who’s on something of a sabbatical there. (I once ran into her in Italy, when we both landed in a hotel overlooking an especially odiferous pig farm, but that’s another story.) This globe-trotting issue also hits Barbados for the island’s very local lamb, Cuba for a century-old cocktail, and finally Osaka, where David Bouley discovered the synergies between fine French fare and a super-seasonal Japanese cuisine called Kaiseki, which you can now experience down in TriBeCa, sans passport.

That last adventure isn’t the only one you can take without packing your bags. We also offer local itineraries aplenty, the kind that only require an afternoon: Puerto Rican pork uptown, an Indian feast near the Flatiron, a Moroccan mainstay in East Harlem, a foraging foray into Central Park and an Asian makeover for your locavore haul at Union Square.

But while our writers logged many miles and mouthfuls in the making of this magazine, I wouldn’t trade them for the figurative roads I covered at my desk. Editing this issue, and the 24 that came before it, has been a dazzling adventure, complete with befriending strangers, getting lost, burning my tongue, improvising communication and occasionally eating myself sick. Lately it occurs to me, Jerry Garcia’s greatest trip could hardly have been better. Some say print is dead, but it’s not, and I’m grateful.