Rather his goal was to revive a marketplace where Manhattanites have bought local food for centuries, to nurture nascent artisan endeavors, to build community and to introduce thousands of New Yorkers to one another over food that is indeed good, clean and fair. 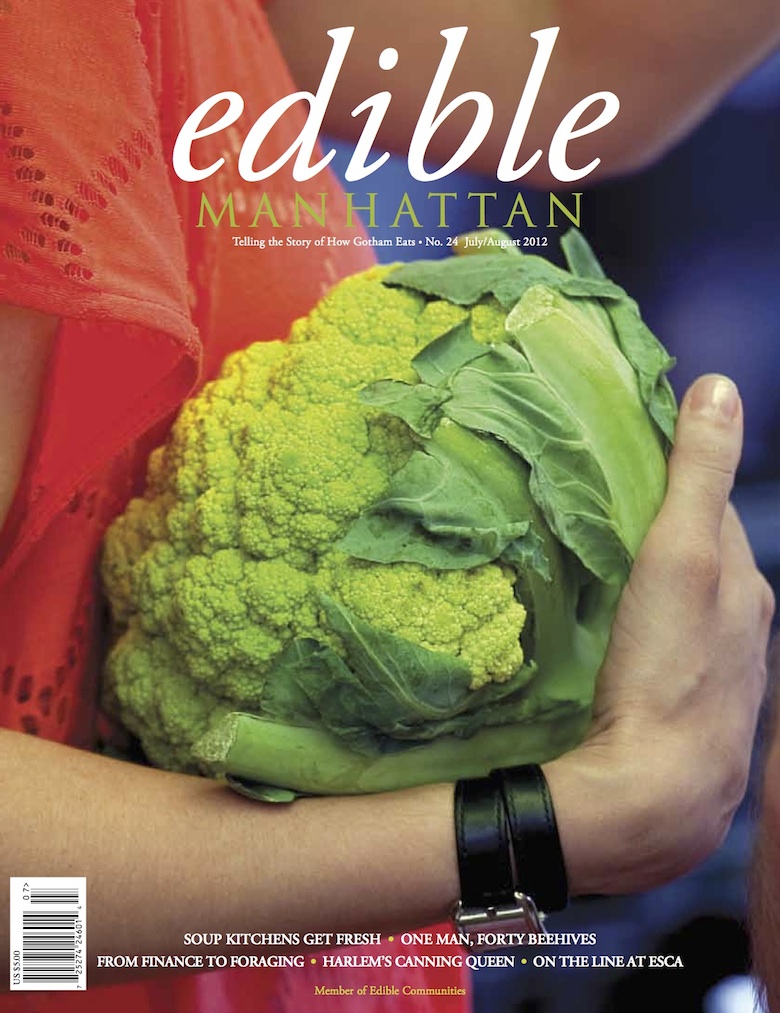 In October 2006 I washed up in Italy, lost and exhausted, and a stranger came to my rescue.

I had flown over to represent the Greenmarket at Terra Madre, Slow Food’s congress of farmers and foodophiles from around the world. The intrepid organizers had invited 5,000 participants to hear speakers like Carlo Petrini, Alice Waters and Vandana Shiva declaim a food system that is just, clear, fair and right.

But after a restless red-eye to Rome, hours awaiting a connection, a bumpy flight to Turin and a taxi to the sprawling conference headquarters, I slumped, bone tired, under a sign for the bus to my far-off hotel—only to learn it wouldn’t depart for another 12 hours. In an effort to experience Italy, I somehow dragged my suitcase to a nearby market but was less tempted to eat the escarole and anchovies than I was to lie down on them. Cross-eyed with fatigue, I returned to the bus’s pickup point, heard that it now might not come until the next day, and prayed for a miracle.

It arrived in the form of a fellow American named Robert LaValva. He found me babbling and half-mad a mile away where a well-intended tip had led me in futile search of an empty cot. Like Beatrice leading Dante out of the Inferno, LaValva guided me through labyrinthine hallways to an accommodations office where I learned he was fluent in both Italian and empathy. After he pleaded my case for what felt like an hour, the woman behind the desk granted me my one wish on Earth: a place to sleep. (I later learned one of my traveling companions spent the night in a car, something even Italian espresso can’t quite make up for).

Thanks to Robert’s rescue, I was revived the next morning when my idols addressed the audience, and today remain inspired by their exhortations to rebuild traditional marketplaces and reconnect eaters to agriculture.

I owed Robert for my ability to think that day, but little did I imagine that I, and everyone I know, would soon be deeply indebted to him for precisely the kind of work being called for on stage.

In the six years since, enlightened eaters across New York have joined me in owing this generous genius, who has done a far greater favor to our city’s food system that he did for me in that hour six years ago. Robert’s inveterate efforts built the New Amsterdam Market at the South Street Seaport. Profiled in a feature on page 52 and captured in spirit on our cauliflower cover, the market is driven by a meaningful mission.

Sure, its locavore lineup of fishers, farmers, foragers, bakers, butchers, cheesemongers and confectioners blazed a trail for the fine food fair fad, but that was never Robert’s point. Rather his goal was to revive a marketplace where Manhattanites have bought local food for centuries, to nurture nascent artisan endeavors, to build community and to introduce thousands of New Yorkers to one another over food that is indeed good, clean and fair.

Which is precisely what he’s done. Those speeches and sermons six years ago could hardly have asked for more.

Robert came to my rescue that day—but he’s since given our city a far greater gift.