Beer Fit For A King, At Proletariat

This unassuming little hideaway has thoroughly modern ambitions on par with some of the city’s best beverage programs. 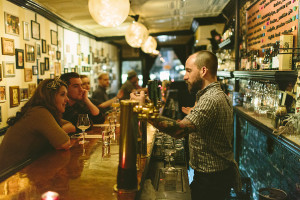 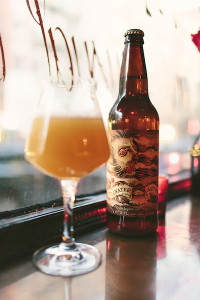 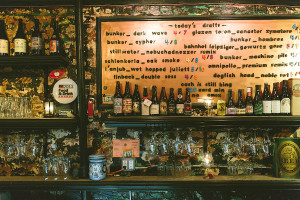 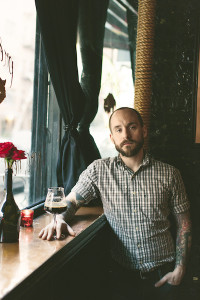 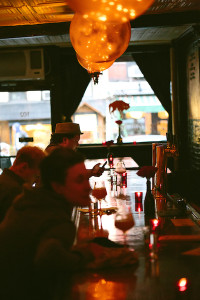 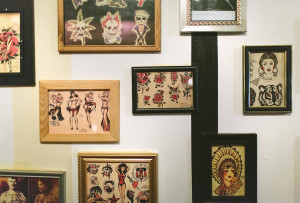 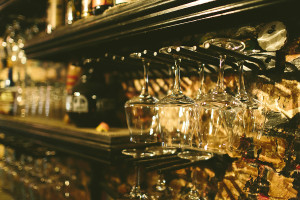 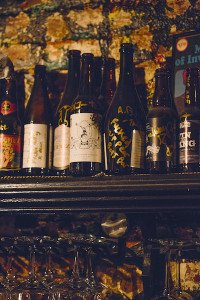 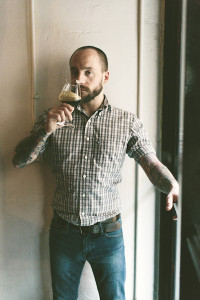 Case in point: Proletariat, whose narrow, dimly lit room with tin ceilings, framed photos of prison tats lining the back wall and blaring punk soundtrack might make you feel it’s still the ’80s here on East 8th Street. But don’t be fooled. This unassuming little hideaway has thoroughly modern ambitions on par with some of the city’s best beverage programs.

Opened three years ago by the people behind Death + Co., Proletariat was first mistakenly branded by the press as a speakeasy, in spite of ample signage, because you had to enter a sticky bun shop and go through a back door to access the beer bar. Now the bun shop is gone and the once-absurdly-small space with only 10 stools has expanded a bit to include a few tables in front and a cozy nook in the back.

Cory Bonfiglio, an intense and tattooed third-generation New Yorker who was one of Proletariat’s original bartenders and is now the manager and a partner, has been part of the beer community for long enough to have witnessed the late-blooming craft beer scene steadily rise.

“There’s a tight-knit homebrewing community in NYC that, more recently, has given way to some of the newer specialty beer bars and stores,” he says, “but in the last five years, the concept of high-quality beer has finally crept into the mind of the consumer.”

It wasn’t always this way. A few decades ago, outside of a handful of pioneers like DBA, Blind Tiger and Brooklyn’s Mugs Alehouse, serious beer drinkers who wanted more than a meager selection of English or Irish ales didn’t have many options. “Some of my pals who are older tell stories about making the journey all the way to Williamsburg in the early ’90s to drink a Sierra Nevada Pale Ale on tap at Mugs,” Cory says with a chuckle. As Men’s Journal reported, that bar’s owner nearly got his head bashed in soon after he opened when he decided to replace his Coors Light line with a craft beer.

Thankfully, those bad old days are gone. Yet even among rarefied company like Tørst in Brooklyn, the Queens Kickshaw in Astoria and Jimmy’s No. 43 in the East Village, Proletariat stands out. They live by their motto “rare, new and unusual beer,” emblazoned on their front window under a hulking wolf. (A sly play on the Latin name for hops, Humulus lupulus, and wolf, Canis lupus.)

It’s a genius strategy that encourages beer hounds to keep visiting, lest they miss anything. An eclectic 20-plus bottle list gets a printed menu — categorized, much like wine lists, according to styles: “Crisp, Golden, Bright, Hoppy,” “Funky, Sour, Tart, Wild,” and “Robust, Malty, Roasted, Dark.”

The selection inside delivers with rare finds like a true farm-house ale from Logsdon in Oregon (brand new to the New York market), to sours from a new community-supported nanobrewery in Long Island City called Transmitter to an unusual high-alcohol version of Hitachino Nest white ale infused with green sour plums and Japanese sea salt.

Don’t bother asking for a pint of Guinness or even a popular craft beer from Lagunitas or Brooklyn Brewery. In fact, forget about asking for anything in a pint glass, since all of Proletariat’s beers are served in elegant long-stemmed TeKu glasses (designed by Italian beer cognoscenti and favored by Eataly’s Birreria) to enhance the complexity of aromas and flavors in the glass.

Limited storage allows Cory to order only one keg at a time for each of their 12 taps, so by the time you read this those beers will have been replaced by a different and just-as-compelling selection.

“It keeps it interesting, but it’s also a pain in the ass to keep switching,” Cory says. “I’m still learning how to order enough without ordering too much.” That means bartenders follow Cory’s meticulous instructions and write up draft picks on a board daily. Once a keg runs out, it’s gone.

It’s a genius strategy that encourages beer hounds to keep visiting, lest they miss anything. An eclectic 20-plus bottle list gets a printed menu — categorized, much like wine lists, according to styles: “Crisp, Golden, Bright, Hoppy,” “Funky, Sour, Tart, Wild,” and “Robust, Malty, Roasted, Dark.” The back of the menu is devoted to several hard ciders, a quaff now finding a place on more serious wine and beer lists, including coveted bottles from upstate cult cidery Aaron Burr.

Proletariat’s varied and loyal customers include beer tourists from Sweden, Japan and Italy, some of whom come back each year. Cory loves to surprise them.

“When someone comes in asking: ‘What do you have that’s sour?’ I ask, ‘What kind — a lambic, gueuze or American ale?’”

Despite Cory’s obvious passion for beer, unlike most beer geeks, being submerged in the subculture doesn’t interest him. “I don’t want to go to every beer event or drink beer every single day,” Cory says. Like serious beverage pros, he is a curious and astute observer who draws inspiration from others in the profession.

“Cocktail culture explores flavor in ways that are more interesting than the beer world,” he says, “so I’ve spent a lot of time watching friends Jeff Bell at PDT and Sother Teague at Amor y Amargo. I admire their level of service and attention to detail, something that, outside of a handful of examples, I find lacking in most beer bars.”

“I enjoy drinking beer with wine people because they don’t have a similar lexicon,” he adds, “so it’s interesting to see if they pick up on something I may overlook.” Those “wine people” include none other than Paul Grieco from Hearth and Terroir and Juliette Pope of Gramercy Tavern, who raves, “Proletariat is THE hidden jewel of all beer destinations in this city, even amongst industry people.”

It’s interesting to see how much the once-distinct worlds of wine, beer and cider are blending together, but beer fans who worry about the winification of beer can rest easy.

Cory’s takeaway from wine pros isn’t just about expanding his tasting vocabulary; he aims to offer customers a similarly high level of service. And he’s here not just to pour, but to enlighten.

“I don’t know anyone who makes good beer who doesn’t really love what they do. It’s our job to communicate that passion,” he says. So he and his staff hold regular guided tastings, inviting brewers and cider makers from all over the world to talk about what they do — as two shelves crammed with signed bottles from visitors attest.

Cory proudly recounts a visit from Valter Loverier, the brewer from LoverBeer, a small-scale outfit in Piedmont, Italy — improbable site of a craft beer boom — who said it takes a very special establishment to sell his beer, which, due to its intensive production method, is priced at $16 for an 8-ounce pour.

With a name like Proletariat, that means Cory often has some explaining to do. Take Brasseries des Franches-Montagnes’ Abbaye de Saint Bon-Chien Grand Cru Champagne. He pours me a taste, and after one sniff, every notion I had about beer goes out the window. The aromas wafting out of the glass have layers of complexity and a fruity nose more redolent of red Alpine wines than grain and malt.

No wonder. Cory explains, “The brewer comes from a winemaking family, so he does a lot of barrel aging and relies on acidity instead of carbonation to keep the product lively.” After learning that it’s made from a blend aged separately in wine barrels and then aged for a year in Champagne barrels, the $16 price seems like a bargain.

It’s interesting to see how much the once-distinct worlds of wine, beer and cider are blending together, but beer fans who worry about the winification of beer can rest easy.

“You can discuss beer in great detail and serve it in pretty glassware, but ultimately, it shouldn’t be taken too seriously,” Cory says, standing in a bar that, after all, still feels like a dive. “Beer is a drink of the people — that’s why this place is called Proletariat,” he adds.

Juliette, who just happens to be one of the city’s top wine directors, agrees: “I love it because even though it’s populated by serious beer drinkers, there is no pretentiousness.” You’d be hard pressed to find a wine bar that could say the same.