What Happens When is Not Just Worth a Look, But a Listen

One of the most interesting little details of What Happens When 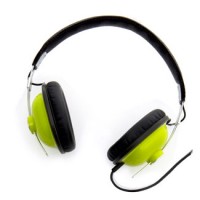 , the pop-up restaurant chef John Fraser opens this week and will change out over the next nine months, is the soundtrack. The chef is having composer Micah Silver  — his website is pleasingly called nophones.org — create a composition for each iteration of the restaurant. The current soundscape runs a little over two hours, about the time it takes to eat. It starts off with a little ambiant buzz, almost like the room is levitating, and then moves to a quieter sequence right about the time your first appetizers arrive. (Last week Silver talked about the components of the piece, including “the sounds of snow slowly covering plastic foliage brought to Walden Pond in Concord MA; recordings extracted from YouTube videos made by teenagers at rural bonfires,” and “perforations of late 19th and early 20th century wax cylinder recordings” on his website.) There’s also two special loops for each bathroom, which, if you stand in the middle of women and men, creates a “duet” and yet another mini-soundtrack. It’s one of the rare times we wish the music were actually louder at a restaurant, except for that time we couldn’t hear the Zeppelin at Roberta’s.