By Caroline Wright and Gabrielle Langholtz 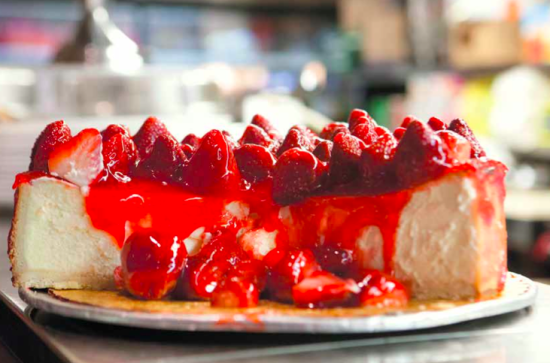 In the age of the hours-long Cronut line, the words “New York cheesecake” may elicit an eye roll. First popularized nearly a century ago, the old-school dessert can feel about as relevant to Manhattan tastes as an oversize bagel in Daytona or a strip-mall deli in Des Moines.

But as cliché as the dessert has become for some, cheesecake still holds pride of place in many minds, providing another reason for New Yorkers to argue with their mouths full. Even the coolest culinary customer might mine their memories for what that velvety slice once meant, and many cheesecakes now served in top city restaurants are adaptations or homages, served with or without a glaze of nostalgia.

Historically, cheesecakes have been baked into the culinary traditions of many cultures, cousins on the family tree in which our iconic version is perched. Italians have ricotta cheesecake, the French have a cake of rich mousseline, and in the immigrant neighborhoods of New York’s early history, everyone from the Russians to the Greeks baked cakes featuring the cheeses of their homeland. Today’s purists, however, insist that real New York cheesecake is defined by an ingredient invented in America: cream cheese. 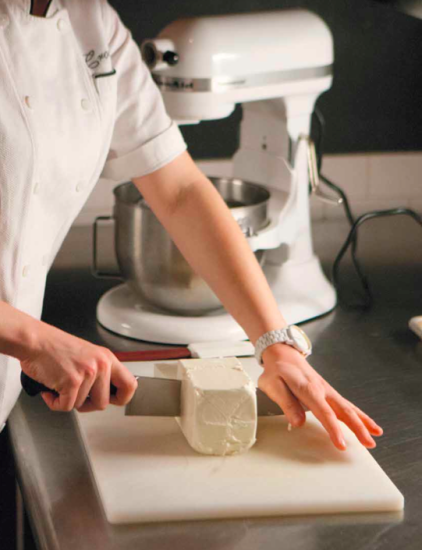 Despite the name “Philadelphia,” that soft, spreadable product is itself a New York native, born in 1880 at a small upstate operation called Empire Cheese Co., which the Kraft company bought in 1909.

The ingredient was first stirred into batter around 1928 at east Midtown’s Reuben’s Restaurant, where a sign read “Gather Ye All Here Who Have Forsaken Gloom.” After all, if his plush, eat-with-a-spoon confection couldn’t chase away the blues, not much else in a solid form could, either.

When the cake from Reuben’s took a gold medal at the World’s Fair, the secret recipe was in such demand that the cook who created it was lured over to Lindy’s. (Reuben’s, however, managed to hold steadfast onto their second claim to American food history: a sandwich unmistakably named the Reuben.) Lindy’s sweet, solid slice with a crumb crust became the archetype, even earning a mention in the 1950 musical Guys and Dolls. The mid-century symbol of after-dinner decadence spread like spilled milk to restaurants and bakeries from the Bronx to Mill Basin, and out across America. 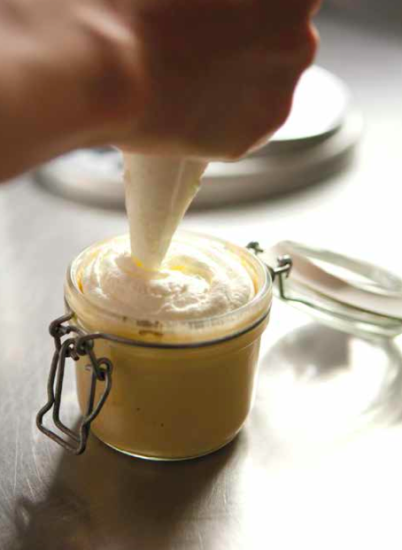 The culinary landscape was soon crowded with cheesecakes, but even after Lindy’s shut its doors in 1969, its iconic slice still haunted many a memory—so much so that shortly after the Watergate scandal, New York Times dining editor Craig Claiborne worked a bit of his own investigative journalism and published the reconstructed Lindy’s recipe with the help of pastry chef Guy Pascal, cracking the Lindy’s code like the Woodward and Bernstein of baking. Chef Pascal purloined the recipe by secretive means: Over a period of six months he clandestinely watched one of his cooks who had formerly made cheesecakes at Lindy’s and eventually stirred together a recipe from his furtive observations. Complete with citrus zest and a bit of sour cream, the recipe appeared in Claiborne’s article on May 17, 1977, and many Americans still stand proudly by that recipe today.

Others see it as dated, a reputation reinforced by the crowds of tourists who order towering slices at the Carnegie Deli or at Midtown’s Lindy’s, the latter of which now belongs to a restaurant group that also owns the city’s TGI Friday’s. As Ed Levine observed in the Times in 2004, “Cheesecake is one of those quintessential New York foodstuffs that in some circles is thought of as unsophisticated.”

But even as it became a caricature of a dessert, the icon has inspired many a makeover. Instead of hewing to a rigid recipe, the cheesecakes found on serious Manhattan menus today are the products of deconstruction and reinvention.

Joe Murphy, executive pastry chef for Jean Georges, is a Brooklyn native who hails Junior’s cheesecake as the classic slice of his cherry-topped childhood. Today he includes a sophisticated send-up in a four-part Jean Georges dessert tasting menu. His tiny, decadent mascarpone-based cheesecake is counterbalanced by grapefruit confit and tarragon gel. 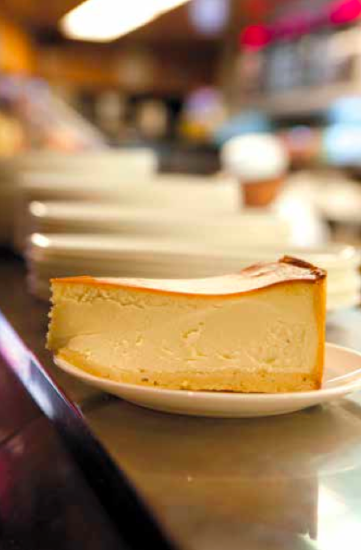 At the Lion in Chelsea, the popular individual cheesecakes are baked in Mason jars, a home-style idea inspired by owner John DeLucie and given a twist by pastry chef Aleishe Baska. Her “inverted” cheesecake is an ethereal, sweet mousse topped with a chocolate-coffee “soil,” served with a wink.

Colleen Grapes, pastry chef at Red Cat and the Harrison, also sees the tradition as an opportunity to play, serving one seasonal version and one that sticks around all year. The latter—the classic—is a vehicle to convey decadence via over-the-top ingredients, packing each serving with vanilla, mocha, orange, caramel and cherries.

Others are more restrained. Shuna Lydon, the New York–born pastry chef formerly of Peels restaurant whose strong views brought her to bake a cheesecake of strained yogurt for the restaurant only once a year, describes cheesecake’s inherent nostalgia as creating a time warp for those seeking a feeling rather than a flavor.

Indeed some chefs still defend the strict parameters of the original icon. At the upscale Porter House steakhouse in the Time Warner Center, Wayne Brachman bakes whole cakes, presented as traditional slices with a simple berry sauce on the side.

Still, Brachman’s traditionalist approach is postmodern and personal in its own way: As a New Yorker in a New York restaurant, he views the preparation in terms of responsibility. He explains it with an exhaustive understanding of the history, striving to serve an authentic slice that, according to Brachman, should look like a feather when sliced (his does).

In that gleaming space, his historic recipe takes over three hours to make and he credits the old-fashioned method, as well his secret cream cheese source. With the secrecy of Reuben’s, he reveals only that the producer still makes it in the same way that the original was first created upstate back in 1880. 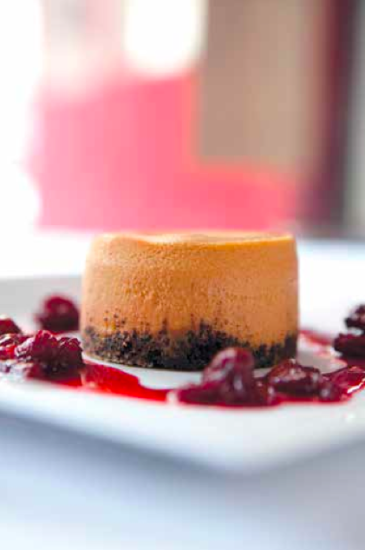 Caroline Wright is the author of the cookbook Twenty-Dollar, Twenty-Minute Meals. Her heart belongs to Brooklyn, homemade birthday cakes and pungent cheese.