RECIPE: Blackened Fish Tacos From Diana Yen and The Jewels of New York

Thanks to Diana Yen’s new book, we have a new and nearly effortless summer grilling favorite. 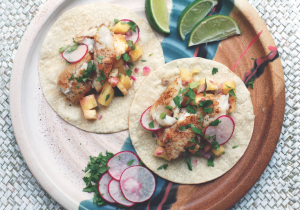 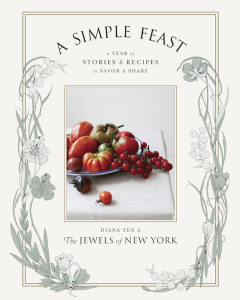 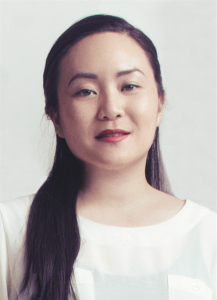 After towing multiple boxes containing my personal cookbook collection up a five-floor walk-up during my recent move, I had to ask myself if it was worth it. This questioning sort-of felt like heresy, but truth be told, most of my day-to-day cooking comes from an online recipe or memory. The books come out when I allow myself more than 30 minutes to conceive and prepare a meal, which apart from the weekend, is less-often than I would like to admit.

So why keep the books?

Along with the well known lamentations about the decline of print in the burgeoning digital age, my cookbooks — despite their girth — are consistently some of my most reliable sources of culinary and artistic inspiration. Something about an intentional collection of recipes on the printed page, often elevated with dreamy photography, lights up my creative synapses.

And that’s why I’m very happy to add Diana Yen’s A Simple Feast: A Year of Stories and Recipes to Savor and Share to my weighty collection. This culinary renaissance woman leads The Jewels of New York: a culinary studio that “combines a love of cooking with the beauty of everyday things” via her food styling, photography, menu consulting and special event catering. Now author, her book blooms; beginning with autumn, it follows New York’s seasons with simple and playful takes on elegant tastes.

To give some examples, she seizes fall with an ode to apple picking and illustrated guide to New York’s main varieties (sorted by categories like baking, snacking and sauces), defies seemingly dormant winters with heirloom bean soup with crisp kale and hales spring’s arrival with a gingered rhubarb and mascarpone parfait.

So, if you’re on the lookout for a new book to add to your collection, this one’s worth any potential schlepps.

Summer’s officially here, so I’m relishing in her “Beach Day” inspired recipes: mixed seafood (squid, scallop, shrimp and red snapper) ceviche, gin and blackberry ice pops and the following take on blackened fish tacos. I’ve added a few personal notes to her printed edition and encourage you to pair a couple of these with Yen’s homemade cherry cola recipe, which we’ll be sharing next week.

It’s grilling season. Make the most of it.

Prepare a medium-hot fire in a charcoal grill, or heat a gas grill to medium-high heat and brush the grates with oil. Alternatively, preheat an oiled grill pan on a stovetop over medium-high heat. Place the pineapple quarters on the grill and cook until lightly charred on all sides, 2 to 4 minutes per side. Cool to room temperature, then cut the pineapple into medium dice. In a large bowl, toss the pineapple with the jalapeño, onion, lime juice and zest and season with salt and pepper. Cover and refrigerate until ready to use.

Heat a charcoal gas grill to medium-high heat again and brush with oil. Rinse the fish and pat it dry. Brush with olive oil and rub with Cajun seasoning., salt, and pepper. Grill the fish for about 4 minutes on one side, until blackened, then flip and grill to blacken the other side, about 2 minutes. Transfer to a plate and let rest for 5 minutes, then flake the fish with a fork. Place the tortillas on the grill and heat quickly, about 20 seconds.

Divide the fish among the tortillas and top with the grilled pineapple salsa, radish slices and cilantro; serve with the lime wedges.

From A Simple Feast by Diana Yen,  © 2014 by the Jewels of New York Group, LLC. Reprinted by arrangement with Roost Books, an imprint of Shambhala Publications Inc., Boston, MA.