Booze, heat and spices warm you up three ways at once.

Booze, heat and spices warm you up three ways at once. 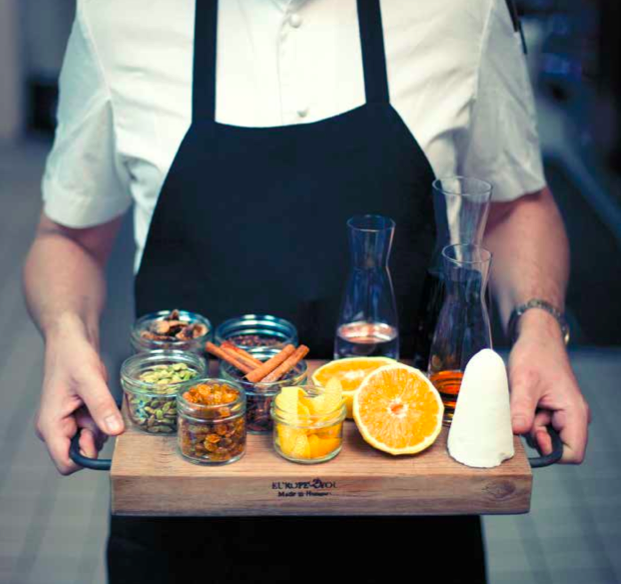 Sangria gets lots of summer love. It’s cool, refreshing and so easy that no one drinking it talks about vintages, body or tannins. Now that winter’s coming, it’s time to stir up sangria’s cold-weather cousin: mulled wine.

Like sangria, mulled wine is generally fortified with brandy or port, but in addition to fruit, the cold-weather incarnations, served hot, usually include spices like cinnamon and cloves. The wintry drink has long been loved in the northerly parts of Europe, and it’s now alive and well here in Manhattan. 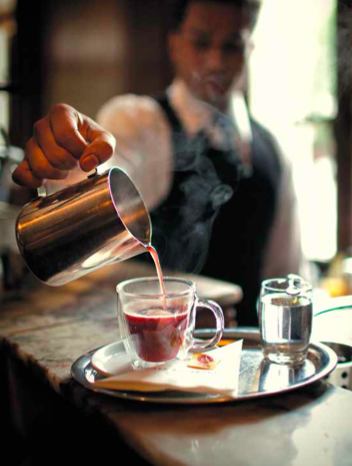 Austrian-born chef Kurt Gutenbrunner serves his homeland’s traditional version (known as glühwein) until spring at Blaue Gans in Tribeca and Café Sabarsky in the Neue Galerie on the Upper East Side. Back in Vienna the drink is traditional at Christmas and is also popular après-ski; some New Yorkers come looking for it après-sidewalk-slush. Gutenbrunner says the spices owe a debt to the influx of Middle Eastern influences via the Ottoman Empire; all those cloves and cardamom make visions of sugarplums dance in drinkers’ heads. 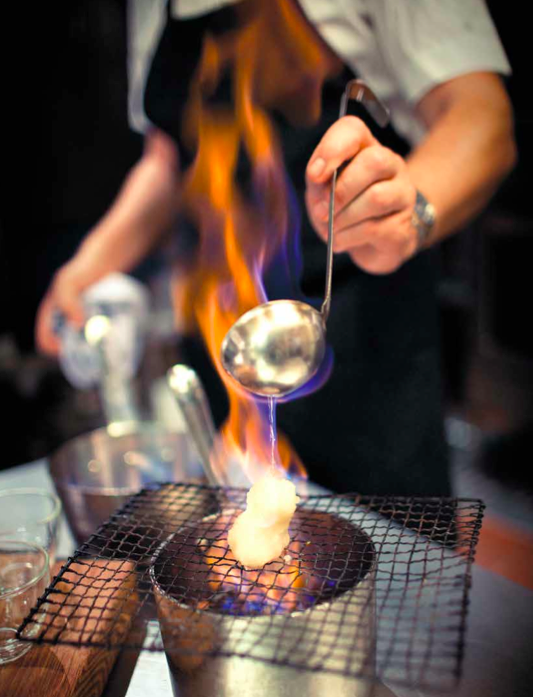 Making glögg at home is easy, and Jernmark says as its popularity has grown, more people are exploring new spices and flavor combinations. So while a traditional glögg would be made with red wine and port, in the past decade white glögg has gained ground, made with the likes of Cognac and white port with ginger and prunes.

By comparison, the recipe he simmers up at Aquavit is fairly traditional, using red wine, port, figs, orange peel and a variety of spices. He favors dried fruit over fresh, citing a deeper flavor, while the citrus peel “adds a little bitterness to balance the sweetness.” He gilds the lily with blanched almonds and raisins, and serves the drink with traditional pepparkakor (ginger snaps) alongside.

Mulled wine isn’t solely continental or even European. The Dead Rabbit Grocery & Grog down on Water Street is inspired by Irish and American cocktail traditions from the 19th century, and their menu includes several “bishops,” as spiced and or sweetened wines (and beers) were then known. Co-owner and head bartender Jack McGarry draws his extensive cocktail list from the era’s recipe books, including the works of some of the first remembered cocktailians like Jerry Thomas.

McGarry says most of their bishop recipes come from Ireland; in the 19th-century U.S., cocktails were typically based on hard spirits rather than wine. But their recipe for Alymeth comes from an 1892 American recipe book, William Schmidt’s The Flowing Bowl.

“It’s kind of different,” says McGarry. “Most recipes focus on cinnamon and clove; this has a lot more green spices like coriander, cardamom and mace.” Of course, if you’re not used to mulled wines, they’re all kind of different, and great fun to make and drink. Mull it over. 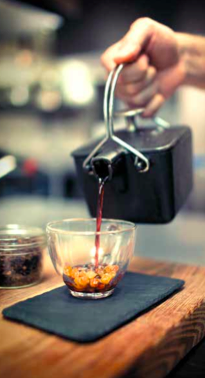 AQUAVIT’S GLÖGG
Aquavit uses sugar cones, also called piloncillo, which can be found in Mexican markets. But this flame-free version calls for simple table sugar and is easy to make at home.
Serves 4

Combine the wine, fruit, and spices in a pot; bring to a simmer, stirring occasionally. When mixture reaches a simmer, remove from heat and add sugar, stirring until fully dissolved. Allow to steep.

Combine vodka and bourbon in a small pot and heat until warm, then add to the red wine mixture. Strain.

To serve, place a small handful of raisins in each glass, pour glögg over the raisins and serve with blanched almonds and pepparkakor (ginger snaps) on the side.