Conjure the ghost of pies past by making this mostly forgotten “Cronut of 1946.” 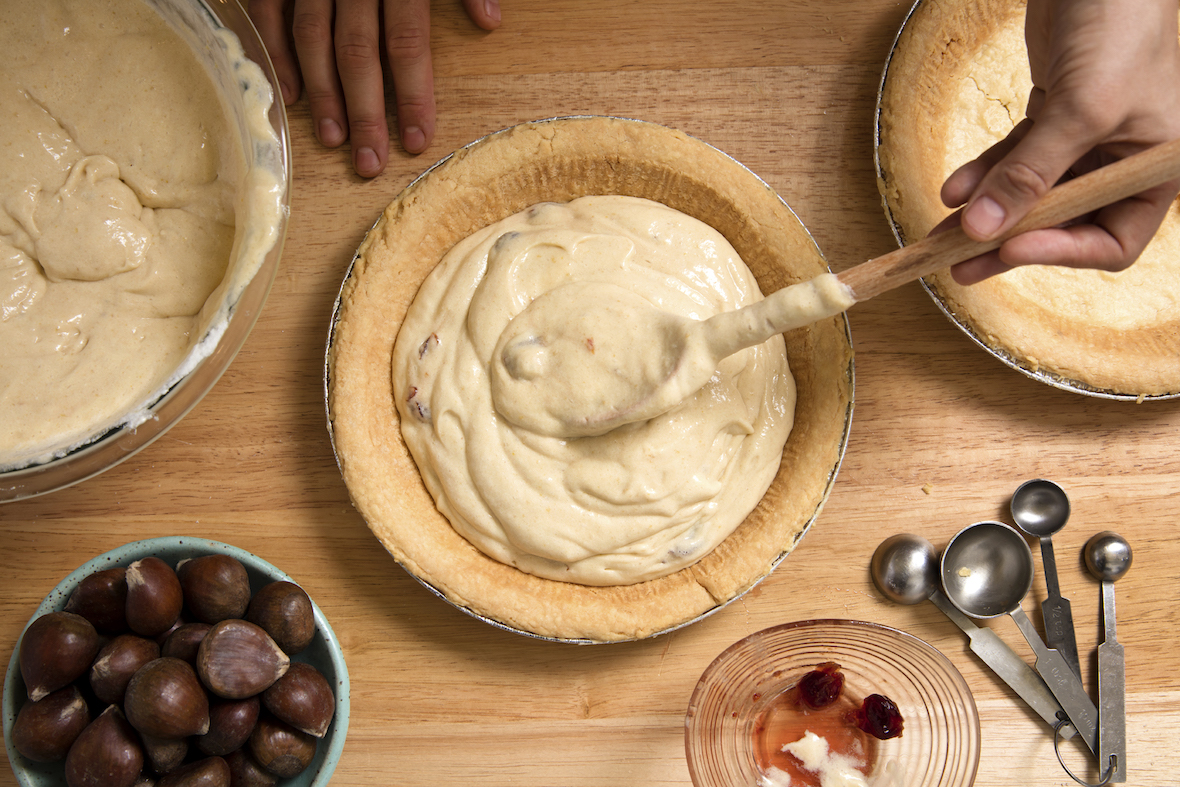 Our holiday issue is fresh out of the oven, and in it, the unfailing Regina Schrambling conjures the ghost of pies past by exploring the history and revival of the mostly forgotten Nesselrode pie.

Never heard of it? Me neither until I spotted it last year on Petee’s Pie Company‘s holiday menu. A little of my own Googling revealed that it was once a popular holiday dessert in New York City but has fallen out of popular taste in recent decades. Curious, I asked Regina to dig deeper into the forgotten pie’s story and she turned out one of my favorite stories of the season.

I highly encourage you to read her take on Petee’s revival of the “Cronut of 1946,” and if you’re so inclined, to try making their recipe. It’s been updated for modern palates—omitting the the Nesselro-brand canned filling made with cheaper cauliflower substituting for chestnut puree—and according to Regina, is pudding-esque. 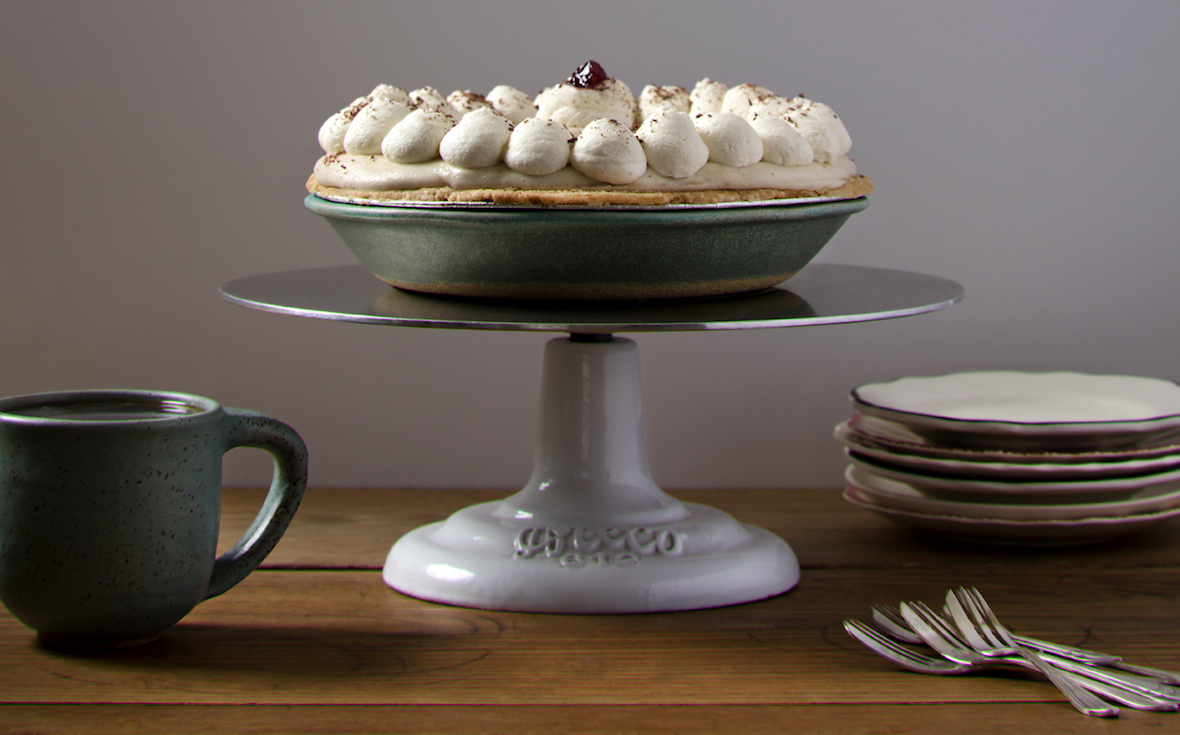 Put a ceramic or metal bowl in the freezer.

Beat 3 egg yolks and ¼ cup sugar with mixer until pale yellow and thick.

Add egg yolk mixture to gelatin milk and mix until combined. Continue to heat until mixture reaches 180°. Remove from heat, add chestnut puree, vanilla extract and salt and beat briefly until combined. Transfer into the pre-chilled bowl and place in fridge. Chill for about 30 minutes, stirring every 5 minutes to ensure it sets up consistently.

In a very clean bowl or stand mixer, beat 3 egg whites until stiff peaks form. Continue beating as you add ⅓ cup sugar in a stream.

Fold egg whites into milk mixture, then gently fold in candied fruits and pour into pie crust. Refrigerate for 3 hours until set. Sprinkle with chocolate shavings.

To serve, slice with a hot wet knife and top with whipped cream.

*For our candied fruit mix, I use equal parts homemade candied sour cherries, glazed orange peel and candied citron. If you’d like to simplify, you can use the mixed glazed/candied fruits that are available at the supermarket. 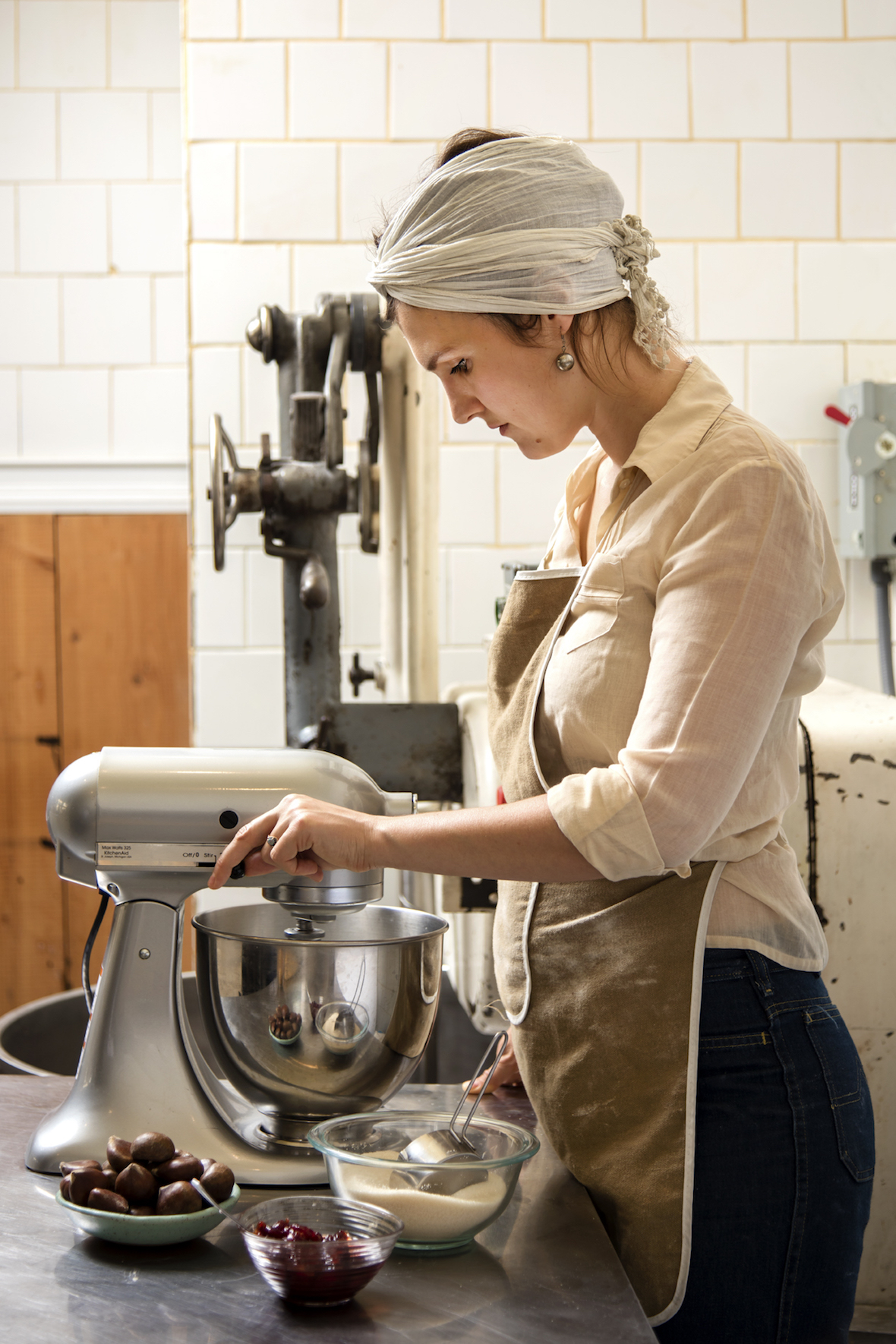 Set up food processor, add dry ingredients and butter. Pulse until the mixture has a sandy texture. Since everything is very cold the butter will not be emulsified; it will be tiny little pieces coated in flour.

Next add the ice water in a thin stream with the machine running. Turn machine off. You won’t have a solid chunk of dough; it will be crumbly and not fully combined. Dump it out on the counter and squeeze the pieces and crumbs together into two fat disks about 1½ inches thick. Chill in the fridge for an hour.

Take the dough out of the fridge and let it rest for 30 to 45 minutes, or until near room temperature and malleable.  Put a disk on a well-floured surface and sprinkle with flour. Roll it to ¼-inch thickness, rotating as needed to maintain a circular shape and sprinkling with more flour as needed to prevent sticking.

To make a pre-baked bottom crust for Nesselrode pie: Transfer rolled dough into a 9-inch pie pan and crimp crust as desired. Prick bottom of crust with fork. Bake at 375° for 25 minutes, using pie weights to prevent shrinking. (Alternately you can leave the edge uncrimped and place a second disposable aluminum pie tin over the bottom crust to help the crust keep its shape, as we do in the shop.)

The second crust can be rolled and transferred to a pan then frozen for use at another time—pie crust actually benefits from being frozen, as ice crystals form that create a flakier crust once baked. Otherwise just roll the remaining dough and put it on a cookie pan, slice into squares, sprinkle with cinnamon sugar and bake for 20 to 25 minutes at 375°. We call these sugar scraps and they are highly addictive.