For a Nordic restaurateur, this glögg is almost as good as going home for the holidays 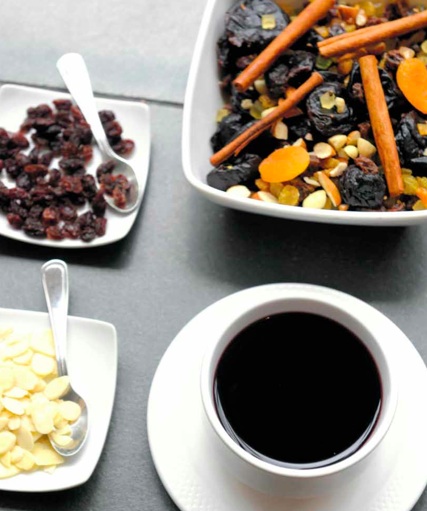 When Swedes, Danes and Norwegians stop by for a holiday bite at the Scandinavia House, the Nordic cultural center just south of Grand Central on Park Avenue South, they’re not going to order just any old hot toddy. Throughout Scandinavia, says Morten Sohlberg—the Norwegian-born CEO of Smorgas Chef Restaurant Group, which runs the center’s “new Nordic” eatery—there’s only one drink meant to keep winter’s chill at bay, and that’s glogg, a heady, dangerously drinkable blend of sweet red wine heated up with a spike of citrus and some gingerbready spicing.

If glogg—pronounced “glugg”—sounds like a heavy metal band, that’s not inappropriate; it’s a powerful punch. One glass of this stuff and you could practically fly to Sweden. It’s usually super sweet, typically highly alcoholic (you can add some vodka, maybe, and aquavit, though Sohlberg uses brandy or rum) and deeply spiced, thanks to a simmer with cardamom, ginger, vanilla, cloves, dried fruit, orange peel and cinnamon sticks, the master blend varying from country to country—or kitchen to kitchen. And no matter the location, it’s always served—as it is at Smorgas Chef all winter long—with a side of plump raisins and slivered almonds. Those soften in the cup as you sip, and are scooped up with a spoon once the drink is done. Despite its guttural name, glogg is a gorgeous drink, a stunning shade of scarlet. Inside the nearly all-white dining room, Sohlberg, a former designer who came to the States two decades ago, likes to show it off in a clear glass mug.

Like most Scandinavians, the restaurateur—who sold off a successful online design business before opening the first of three Smorgas locations near Wall Street in 2003—grew up around plenty of glogg. (Note that in Norway, it’s technically gløgg.) The quaff is served not just for Christmas, says Sohlberg, but throughout the winter by nearly everyone: families, bars and restaurants, and even most retailers, who set out an even sweeter virgin version made with grape juice to lure in shoppers. “No matter where you go, you’ll get it,” Sohlberg laughs, “often more times than you want it.” Here, however, a glass of glogg is about as rare as a reindeer, and while that’s not on the menu at Sohlberg’s restaurants, rest assured that a bright-red glass of glogg will be each year, ready to warm expats and others from the inside out.