Thinking Outside the Jug: A Wine Shop in Harlem

How a Harlemite built her wine business one bottle—and one customer—at a time. 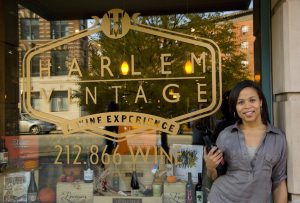 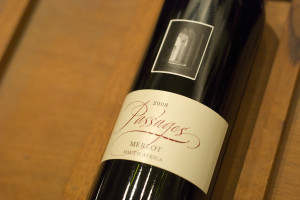 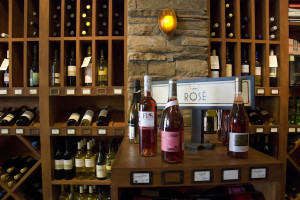 Jai Jai Greenfield says finding small-business success in Harlem isn’t just about opening up a slick new storefront. Instead, she says, it’s about connecting with your neighbors, old and new. She should know—she’s done it herself, twice.

Back in 2003 the scene was booming, and Greenfield, then a trader at Morgan Stanley, found herself discussing the shifting sands with Eric Woods, who also made the daily commute down to Wall Street. They both loved calling Harlem home, and as new apartment buildings went up all around them, they got to talking about the goods and services those new condo dwellers would demand, and the conversation soon turned to wine. The only place around to buy a bottle, they’d noticed, was the local liquor store—and that bottle was technically a jug. They were determined to reinvent the inner-city wine experience, and in October 2004 Greenfield opened on the first floor of one of those new buildings, at the corner of Frederick Douglass Boulevard and 121st Street, with Woods as her silent partner. (Then at J.P. Morgan, he went on to work at Entrepreneurs NuAmerica Agency, an advertising firm focused on the multicultural urban market, and also to cofound UPTOWN Magazine.)

The first boutique wine shop in a landscape of corner stores, its mission was clear: offer the locals some phenomenal wine. But although Greenfield was courting the new-condo class, she insisted that the place fit her community. While some wine shops cultivate an air of exclusivity, Greenfield was all about rolling out the welcome mat and making folks feel at home from the start. She’d always hated wine shop staff who looked at you funny if you didn’t know pinot grigio from pinot noir, or made you feel shabby if didn’t want to shell out more than 15 bucks for a bottle. “Harlem is a true neighborhood,” says Greenfield, who has noticed a recent increase not only in young black professionals, and a baby boom, but more gay residents, too. “It’s one of those areas where you get a little bit of everybody.”

The shop is “different than what I was used to in the old Harlem,” acknowledges Tandra Dawson, who has lived in the area for 30 years and says Harlem Vintage is a refreshing addition. As long as she can remember, the place to buy wine was behind Plexiglass. Here, on the other hand, customers can select bottles to pair with dinner, with help from vino-savvy staffers like the approachably local Tyrone Carter. He’s casually dressed, bordering on rumpled, and sporting an Afro, but don’t let his untucked appearance fool you. He knows how to help regulars like Sara Greenlee and Michael Oppenheimer, a couple shopping one recent night who claim to come in “probably too often,” laughs Oppenheimer. (“Every day, actually,” Greenlee chimes in.) In fact the shop recently donated wine to a silent auction benefiting Bronx Defenders, the nonprofit where Oppenheimer works, giving free legal representation to Bronx residents.

Supporting underrepresented groups has long been part of the plan at Harlem Vintage, and that comes through in the layout, too: The shop doesn’t just divide up their stock by region or varietal. Female winemakers get a red star; green and blue stars indicate organic bottles and kosher bottles, respectively. But this being Harlem, a gold star indicates a winemaker of color—wines rarely found on shelves, notes Greenfield. Favorites include the line from Passages, made by a couple who left America and careers in finance and journalism to make wine in South Africa. Another gold star recently sampled was from a M’Hudi Pinotage from South Africa, one of the Heritage Link Brands run by an African-American woman who also left a financial career behind. “We like stories that our customers can relate to,” says Greenfield, who feels a personal pride in stocking wines made by women winemakers. “Hey, I’m female, and I want to support these wines that don’t always get as much attention.” She says coming from one male-dominated industry to another made her want the shop, she says, to be “pro-female.”

The labeling system has gotten some pushback from customers, but while Greenfield highlights wines she feels are underrepresented, she also carries 500-plus bottles from all over the literal map. In fact a sweetish Italian red called Adesso from Cagnina Di Romagna is the single best seller, in part because it’s a good entrée for those new to wine in general. But an even better introduction can be over a casual glass or few, which is what her second venture is all about. Through a consulting gig with an outfit called Vino Volo, which installs high-end wine bars in airports, Greenfield started noticing new wine bars popping up downtown, but none in her own nabe. As luck would have it, the space next door was for rent, so in April 2008 she opened in the adjacent space as Nectar. A true wine bar by choice and by necessity—the kitchen is too small for an oven or an open flame, so most snacks are crostini or cheese and charcuterie plates—the place focuses on the wines Greenfield already stocks next door.

The businesses balance each other, says Greenfield. “Economically and seasonally the two create a hedge,” she says, harking back to a term she used in her Wall Street days. During the summer months the shop was slow but the bar’s outdoor seating was packed; during the unexpected October snowstorm she noticed that the bar was quiet and the shop was bustling. In general, Nectar gets bumping at night. During the early evening the crowd is relaxed, popping in for a glass and a bite, but there’s more of a party-like atmosphere as the hours go by.

Khary Lazarre-White, a lifelong Harlem resident who was sitting at the bar of Nectar on the early side of a recent Saturday night, insists both businesses’ success is due to the personal connections Greenfield and her staff make with drinkers just like him. Harlem has a village feel, he says—everyone knows each other and says “hi” on the street. Here, relationships matter.

That’s even more true as the landscape changes. All around, 24-hour fried chicken joints are being joined by new restaurants like Bad Horse Pizza, Bier International, 5 & Diamond and Marcus Samuelsson’s celebrated Red Rooster. The stretch of Frederick Douglass where Nectar and Harlem Vintage live has even been called Harlem’s Restaurant Row.

To help attract the growing numbers choosing to eat uptown, Greenfield just hired chef Joseph “J.J.” Johnson—who cheffed at the Tropicana and the Smith and appeared on the Bravo show Rocco’s Dinner Party—to help update Nectar’s hot-plate menu with snacks like duck confit tacos, lamb sliders and a cranberry, orange and peanut brittle salad. As it happens, Johnson’s family also has Harlem roots, and he even lived with his aunt in the neighborhood while doing his externship during his years at the Culinary Institute of America. “The hope is that people will say, ‘I live here—it is incumbent on me to support the neighborhood,’” Greenfield says.

These days, however, she’s actually the one looking to leave Harlem, though only to start a second wine store in the South Bronx, just over the river. She’s hoping the shop will continue her mission to change the way the inner city looks at wine—no longer through Plexiglas.